Armenia has been an independent, unified state democratic republic since 1991 with a semi-presidential system of government. That is, the country has a middle ground between parliamentarism and presidential rule.

Legislative power has been added to the National Assembly, Azgayin Zhoghov, with 131 members, elected in the general election for five years after the 1995 constitution. 41 of the representatives are elected directly in one-man circles, the other 90 are elected from party lists. The voting age is 18 years.

The head of state and the real executive are a president, elected in the general election for five years. A government, appointed by the president and headed by a prime minister, oversees the running of current politics.

Political conditions in the country are characterized by the protracted conflict with Azerbaijan over the Armenian-populated enclave of Nagorno-Karabakh in Azerbaijan, and by tense relations with other neighboring countries, especially Turkey. 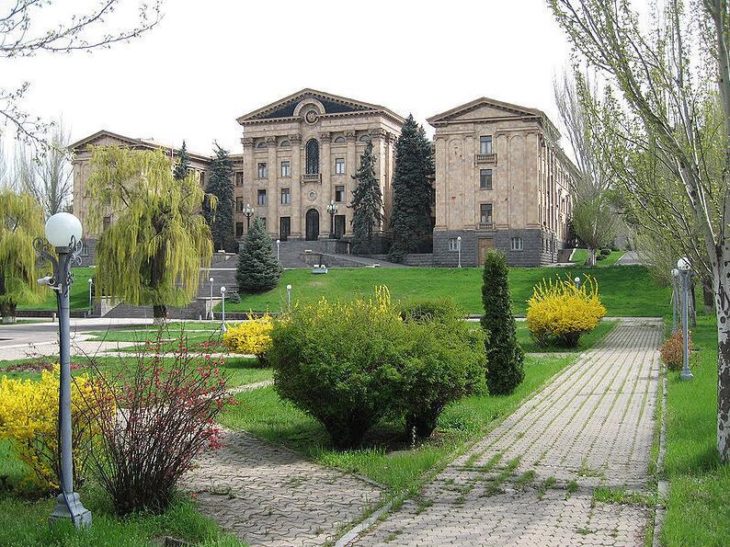 The Armenian Parliament Building in the capital Yerevan, photo from 2009.

The courts, with the Supreme Court as the supreme court, are in principle independent.