Arts and Architecture in Armenia

From the 600s, sculpture has been preserved dominated by simple bas-reliefs on tombstones, memorials and church friezes. The motifs are usually saints, animal figures and vines. They are characterized by early Byzantine influence, but the sculptures of Surb Khatsh (Church of the Holy Cross) on Aghthamar from the 9th century have more volume and life. At the same time, there are strict abstract geometric braid tables. 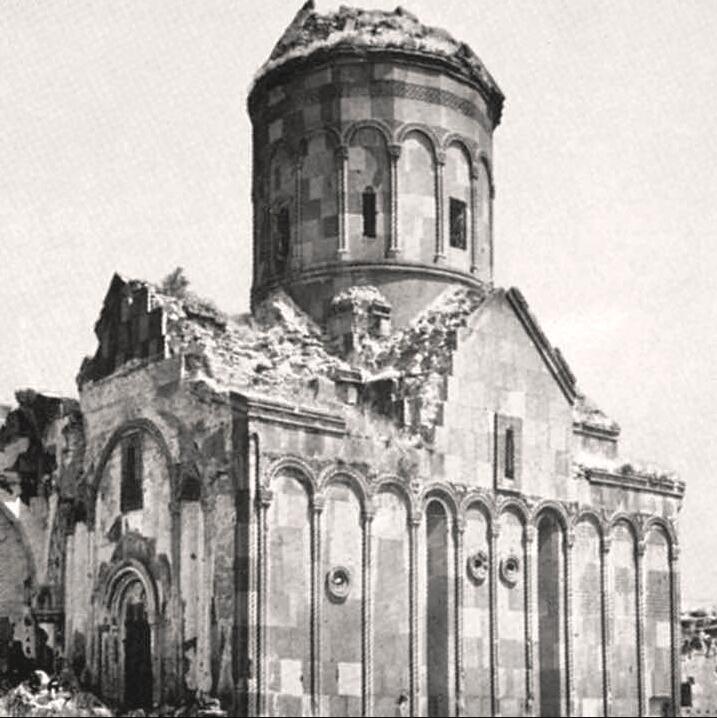 Painting is not found in Armenian churches from the Middle Ages. There are descendants of Greek Orthodox churches in Armenia. Armenian manuscripts are illuminated like the Byzantine, but are also clearly inspired by Persian manuscripts.

As a result of the history of Armenia, large Armenian colonies have existed in Europe and the Middle East. Modern Armenian art has emerged in these exile environments, often influenced by French art. In the 1920s, an independent art environment developed in the new Soviet Armenia. In the late 1940s, an art academy was established in Yerevan. The motifs in modern painting often reflect the suffering of the Armenian people, such as the banishment from eastern Turkey, often in a social-realistic expression. Fanos Terlemesjan stands as a representative of a slightly dreamy impressionism. Lavina Bazhbeuk-Melikjan has a freshly expressive form language, while Sarkis Muradin stands for a more naivistic realistic form language, without the most intrusive social-realist message.

Until the 20th century, Armenian art is first and foremost known for its church architecture and associated decorative decoration. The most common type of building is the hall church with a central dome, an intermediate form between the basilica and the central church. Stylistically, it is akin to Byzantine architecture, but does not have the same mosaic or fresco decoration. It also bears similarities to the French Romanesque architecture of the 11th century, without any clear connection. 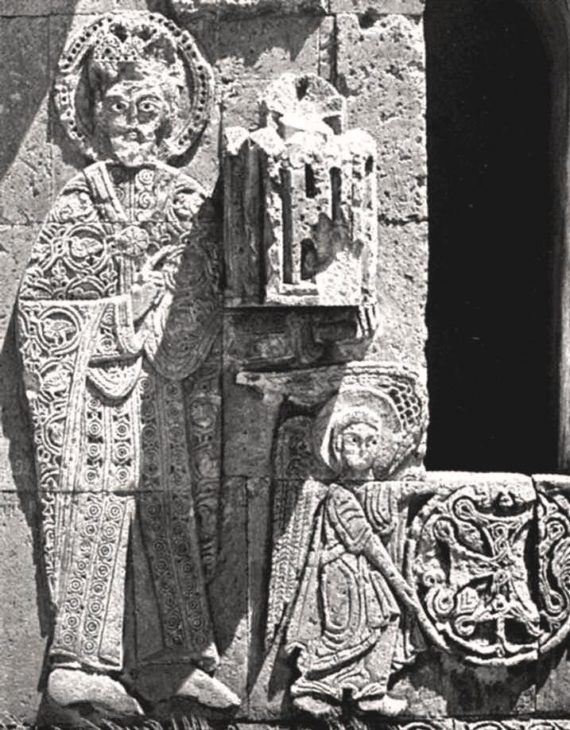 Relief on the west facade of the Church of the Holy Cross (Surb Khatch) on the island of Aghthamar. The production shows King Gagik 1 and dates from ca. year 920.

Armenian architecture is more uniform and did not undergo major changes over the centuries as Western church architecture. It is characterized by clear and strict lines. The walls are usually quite smooth, with very limited decor. Doors and windows are usually terminated by arches or horseshoe-shaped arches, in the early 13th century pointed arches appear for the first time. The west portal and windows are highlighted by semi-columns and arches, the outer walls were decorated with corresponding blind arcades.

Examples of 600s is John Bagaran Church outside Yerevan and St. Gajané at Echmiadzin. The 13th-century Gregor church in Ani is a good example of the fully developed hall church. At this time the churches began to take the form of a cross church, but without visible transverse vessels in the exterior.