China is among the four oldest civilizations in the world, along with Egypt, India and Babylon. In the country of continental dimensions, writing alone is more than 3,600 years old.

Chinese is a language family of immense diversity and complexity. Chinese dialects come from the Sino-Tibetan language, but are entirely different from each other. The official language of China is Mandarin.

The Chinese language is tonal, so words are differentiated by sound and intonation, which can rise or fall.

Calligraphy is among the traditional Chinese arts and began in the Shang Dynasty 3,600 years ago. It is an ancient tradition that directly influenced neighboring countries. It is divided into five categories, seal, official, formal, race and cursive. Each style reflects a Chinese historical and political moment.

The calligraphic base is based on the refined pictograms and ideograms, with at least 60,000 characters that are still used today. Writing characters is considered a work of art that requires mental discipline and concentration. Pictograms result from different origins and dynasties.

Unlike western alphabets, pictograms represent concept rather than sound.

Cuisine is among the most diverse points in China. The typical dishes bring together the most varied ingredients and can be considered exotic to Westerners. The Chinese, however, tailored taste to food need and variety.

Each dish reflects what is available in agricultural products in the most geographical areas. For example, in the north of the country, the main ingredient is wheat and in the south rice. In addition to the products, the way of seasoning and cooking the food is also different.

There are at least eight characteristic cooking styles in China, representing 22 provinces.

The ancient Chinese architecture is marked by magnificent temples. These are palaces that add artificial lakes, such as those found in the Imperial City or Forbidden City. The building, begun in 1406, is marked by imposing terraces, pavilions and gardens.

The climate directly influences Chinese architecture, which has northern platforms called kang for sleeping. In Mongolia, the inhabitants live in the yurts, typical huts. And to the south are stilts.

The traditional houses are rectangular and feature roofs with the upward sloping corners, typically Chinese.

The Great Wall of China is one of the exemplars of Chinese architecture. It is considered a feat and is over 2,300 years old. Located in northern China, it has 21,100 kilometers across valleys and mountains and can be seen from the moon. 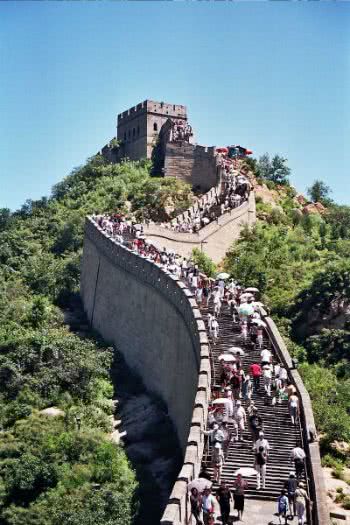 The Great Wall stands out in the imposing Chinese architecture.

Chinese society lived under the caste system, supported by Confucianism until the communists seized power. In control, the Communist Party annulled the traditional hierarchy and determined the end of the classes, which although forbidden, is lived ideologically by the Chinese.

The Chinese caste system puts scholars at the top of the system. Farmers, artisans, merchants and soldiers come later. In an attempt to impose social mobility, families invested in the education of their eldest son.

Until the 1980s, the different classes used the color of clothing as identification, with the poorest being the darker shades.

The role of women was restricted to the domestic sphere until the communist revolution in China. Men were allowed to participate in all aspects of society, and apart from domestic life, women could only work in agriculture.

The social difference between men and women was also supported by the Confucian who saw it as a property, first from their parents and then from their husbands. Women were also forced to excruciating physical sacrifices to remain beautiful.

Among the most widespread was the practice of tying the feet to prevent their growth. Tied by strong bandages and sometimes broken, the feet did not grow, which could impose dwarfism and walking difficulties for the woman. The method was banned in 1901.

Although condemned and prohibited by law, it is still common to sell women and girls as brides in arranged marriages.

Obedience and deference to hierarchy are among the strictest customs in Chinese society. The order is to put older men first, then younger men, and then older women, followed by younger women.

Social interaction is governed by Confucianism, which provides for honor, dignity, loyalty and respect for antiquity.

Touching is allowed between same-sex people, but poorly tolerated among people of the opposite sex. Gifts are often offered on the occasion of the Chinese New Year, birthdays, weddings and births.

There are gifts, however, that are not well accepted because they may represent bad luck or death. These include scarves, sandals, flowers, watches, scissors and knives. A gift may be declined up to three times before being accepted. When gifting, it is important to do it with both hands.

China is an atheist country considering it is a communist state. The Taoism and Confucianism, traditional religions, however, are professed by 20% of the population.

The extremely pragmatic Confucius teachings emphasize responsibility for the common good, obedience, and deference to elders.

Taoism, founded by Lao Tse Tung, is mystical and focuses on the ideals of balance and order with nature. Taoists repudiate aggression, competition and ambition. 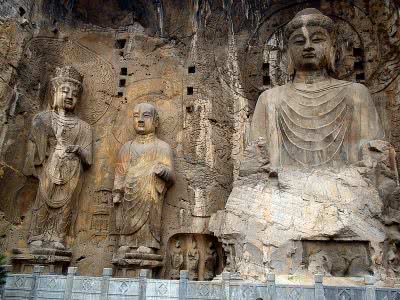 The Buddhism that came from India, is also practiced in China and resembles Taoism. Its goal is extreme spiritual purity, nirvana, the transcendence of mind and body boundaries. Part of the population shares minority religions, have their own gods.

Chinese poetry is considered a linguistic and visual spectacle. The classic poems express the balance in rhyme, tone and graphic layout. Poetry has marked China since the year 600 BC Prose is the most popular literary tradition and began to be developed in the Ming Dynasty.

From the nineteenth century, western influence is striking, but during the communist revolution, literature came to be seen as a tool for promoting party ideology.

Nature is among the main themes of classical Chinese painters. The attempt is to represent balance through yin (female) and yang (male). In this field, painting also represents a marriage with calligraphy art, considered a maximum expression of character.

Graphics are also found in bronze vases used as funeral urns and in extreme colored embroidery.

The scale of Chinese music differs from that used in the west, which has eight tones. The Chinese girl has five and there is no harmony. Traditional instruments are the two-stringed violin, the three-stringed flute, the vertical flute, the horizontal flute and the gongs.

Opera is also among the most traditional manifestations of Chinese art. There are at least 300 different ways to present it, with performances involving acrobatics and exquisite makeup.

Traditional manifestations of Chinese culture ranging from language to cooking resist, but adapt to western pressure after the Communist Party’s economic opening to the west.

In the arts, the exit of artists is censored and the production of works that criticize the regime is prohibited. The Chinese government, however, sponsors the artistic events through project funding.

One of the main symbols of China is the dragon, a figure made up of tiger body, goat’s beard, carp fins and snake belly. Legend has it that it can spit fire, summon the wind, summon rain and fly. It can be as big as the sky or as small as the head of a pin.

It has been the symbol of Chinese culture since ancient times. It represents grandeur, courage and vigor. 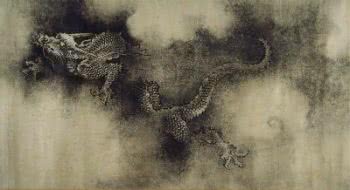