Japan has a monsoon climate with a pronounced seasonal change of the dominant wind directions, but with considerable variations, both from north to south, and from east to west. The four large islands cover a latitude zone of about 14 degrees, much like Norway. However, the climate difference between the northern and southern parts is greater than the latitude difference alone would indicate. This is due to ocean currents, the warm Kuroshio from the southwest and the cold Oyashio from the Bering Sea, which characterize the northern part. Despite its maritime location, the climate, especially in the north, has a continental feel, which is due to the winter monsoon from Asia. 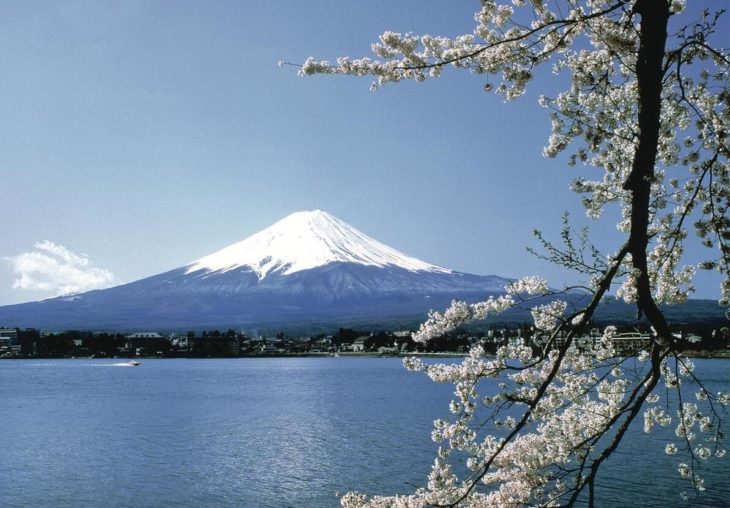 Fuji-san with its 3776 meters. the highest mountain in the country. The regular volcanic cone is a frequent motif in Japanese painting.

The difference between the highest and lowest monthly mean temperatures in the far north is 20–25 degrees Celsius (°C), while on the west coast of Europe, by comparison, it is 10–15 °C. In the north we find the winter cold snow / forest climate with average temperatures −5 to −10 °C for January and February, 15–20 ° C for August. Southern Japan has a temperate climate with subtropical feel. The average temperature for January and February is 5-10 °C, for July and August partly above 25 °C.

All of Japan receives relatively large amounts of rainfall, from 800 mm to over 3000 mm annually. In the southern part of the country, the annual rainfall is usually between 1500 and 2500 mm, but the precipitation decreases rapidly to the north. During all the months of the year, there is rainfall throughout the country, but the rainfall distribution varies from east to west. Most areas of eastern Japan receive the highest rainfall in the summer in connection with the southeastern monsoon. The western part of Japan, on the other hand, receives the most rainfall in the winter in connection with the northwest monsoon which absorbs moisture over the Japan Sea. 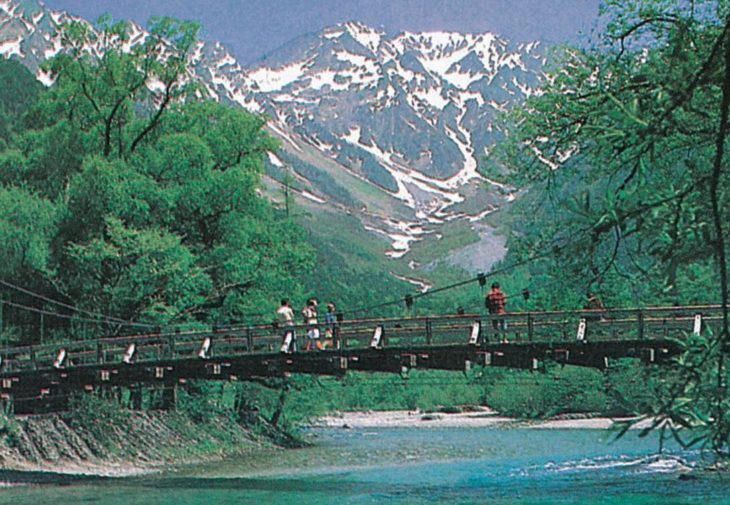 The large temperature differences between the south and the north in winter, provide an unstable type of weather with migrating low pressure and rainfall areas (contact activity). The clash between warm and cold ocean currents is causing significant fog formation over certain stretches of coastline, and in the waters around northern Japan, persistent fog is also characteristic in summer. In the fall, tropical storms (typhoons) can cause major damage to the coast farthest south.