Azerbaijan’s contemporary history is the country’s history after 1991, when Azerbaijan became an independent republic after being a part of the Soviet Union since 1920.

The post-independence era has been marked by the conflict with neighboring Armenia over Nagorno-Karabakh, an area located in Azerbaijan, but mainly of Armenian population. In 1992, armed conflict broke out between the two states. A ceasefire was entered into in 1994, but the conflict remains unsolved. Armenia has de facto control over Nagorno-Karabakh and Azerbaijan territory all around, while virtually all of the Azerbaijani (Azerbaijani) population has fled to other parts of Azerbaijan. 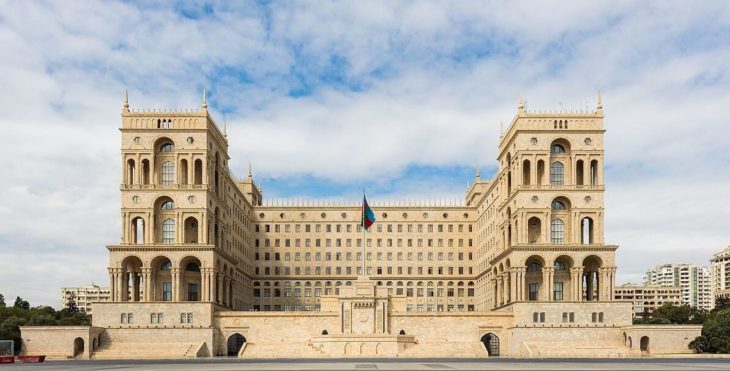 In August 1991, the Republic declared itself independent. Independence was confirmed by a unanimous National Assembly in October, when it was also decided to establish a national army. Following the final dissolution of the Soviet Union in December 1991, Azerbaijan was widely recognized as an independent state.

Ajaz Mutalibov (as the only candidate) was elected president. 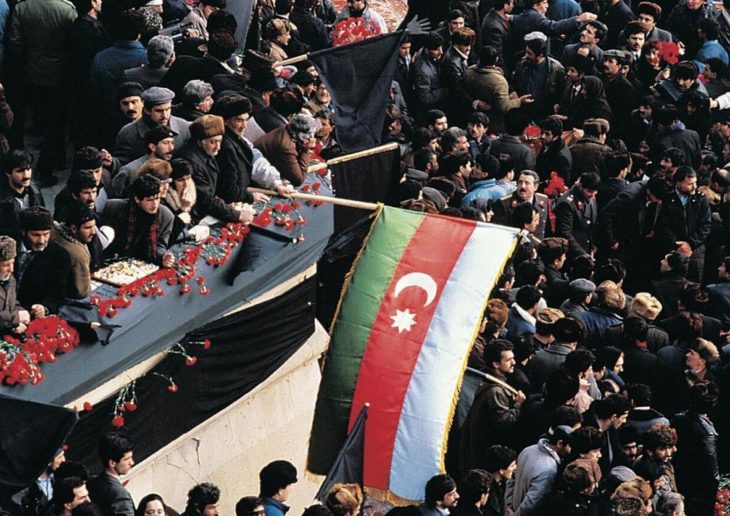 The conflict with Armenia and the Armenian people of Nagorno-Karabakh, which had been going on since the 1980s, was escalated throughout the winter and spring of 1992. The great Armenian progress led to the overthrow, reinstatement and re-assassination of President Ajaz Mutalibov in May 1992. The Azerbaijani people front seized power and its leader, Abulfas Elchibej, became president.

In the fall of 1992, Azerbaijan had military progress in Nagorno-Karabakh. The war turned around in 1993, and this had political consequences. Following a civil war-like situation in May-June, Eltsjibej was overthrown. Hejdar Alijev was appointed president. Aliyev had been leader of the Azerbaijan Communist Party in 1969–1982 and the Politburo of the Soviet Union Communist Party in 1976–1987. He had, after being deposed in 1987, built up a power base in the Autonomous Republic of Nakhichevan. In the October 1993 presidential election, Alijev received 98.8 percent of the vote, and was re-elected in 1998 with just over 75 percent of the vote. Prior to the October 2003 presidential election, Alijev withdrew his candidacy in favor of his son Ilham Alijev, which was declared the winner by almost 80 percent of the vote. The election created violent protests and was criticized by international election observers for extensive cheating and violent assaults.

In 1994, Armenia and Azerbaijan entered into a ceasefire, but the conflict in Nagorno-Karabakh flared up again in 1997. During the 2003 election campaign, Ilham Alijev threatened to send the army back to war, if the area cannot be returned under Azerbaijan’s control through international mediation efforts. 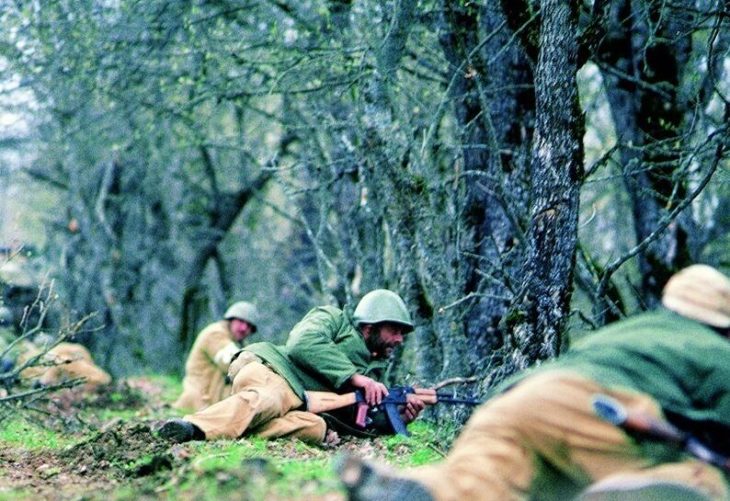 At the collapse of the Soviet Union in 1991, Azerbaijan participated in the establishment of the Commonwealth of Independent States (USSR). But the National Assembly initially did not ratify the agreement with the USSR, and for a long time the country’s foreign policy orientation took a completely different direction. Turkey was one of the first countries to recognize Azerbaijan, which, among other things, switched to the Latin alphabet to improve cultural contact with Turkey. Iran, Afghanistan and Pakistanalso sought early contact with Azerbaijan, and in 1992 the country became a member of the Economic Cooperation Organization for Muslim Countries (ECO). Heidar Alijev’s takeover of power in 1993 led to a new orientation towards Moscow, and in 1993 the republic was accepted as a full member of the Commonwealth.

In 2001, Azerbaijan joined the Council of Europe. In 2004, the country was a candidate for entry into the EU ‘s Wider Europe program. It means more than association, but less than membership. EU legislation must be introduced in a number of areas.

Several US and European oil companies (including Equinor ) are partnering with the state oil company Socar ( The State Oil Company of the Azerbaijan Republic ) on the development of the country’s petroleum resources. In 1994, a consortium of international oil companies got the right to exploit three Caspian oil fields for 30 years (Azeri, Chiraq, Guneshli). The consortium includes Equinor, the Russian Lukoil and British BP. Since then, similar agreements have been signed with other consortia.

In 2006, a 1768-kilometer long oil pipeline opened from Azerbaijan’s capital Baku via Tbilisi in Georgia to Ceyhan in Turkey. However, Russia was very dissatisfied that Azerbaijan will not allow more of the oil to flow through Russian pipelines. The same year, a new gas pipeline was opened for gas transportation to Georgia and Turkey. Both of these pipelines have contributed to strengthening Azerbaijan’s economic growth.

Azerbaijan authorities have hit hard on oppositionists. In 2005, an outspoken journalist was killed. The same year, police used violence on several occasions to stop demonstrations against the authorities. In November 2005, the ruling party won by a large margin. International observers felt the election did not meet democratic standards. Police hit hard on protesters seeking reelection.

In contrast to previous elections, the 2008 presidential election took place calmly and without riots. International election observers felt that the presidential election showed clear progress in the run-up to election day itself, but that there was still a lack of freedom of expression and freedom of the press. Most of the opposition chose to boycott the election, which meant that voters had few real alternatives. Despite the expressed desire for integration into European and Atlantic structures, much must be changed before the country reaches European standards in relation to corruption and human rights.

The war on Nagorno-Karabakh is the biggest foreign policy challenge. Today, about 14 percent of the country is occupied by Armenia. The Armenian and Azerbaijani authorities have been negotiating a peaceful solution to the conflict since the ceasefire in 1994, but the fighting has continued. The Nagorno-Karabakh separatists are receiving extensive support from neighboring Armenia, and the status of the area is still unclear.

Today, Nagorno-Karabakh functions as a separate state, but is closely integrated with Armenia. Armenia’s former President Robert Kocharjan (1998-2008), for example, was former president of Nagorno-Karabakh in the period 1994-1997. In 2017, the authorities announced that the state has changed its name to the Republic of Artsakh.