Azerbaijan consists roughly of an elongated plain landscape surrounded by the Great Caucasus in the north and the southeastern parts of the Little Caucasus in the south. Basardüzü dăg (4480 m asl) in the Great Caucasus is the country’s highest mountain. The central plain of the country, the Kura recess, is narrow by the middle course of the Kura River, but becomes wider to the southeast and drops below sea level closer to the Caspian Sea. At the far southeast, along the Iranian border, the Talysj Mountains rise to just over 2400 meters above sea level. 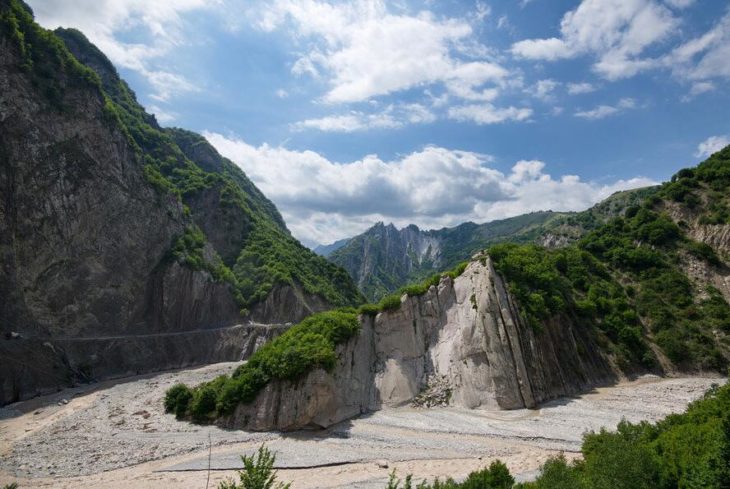 More detailed climate information can be found on the websites of the World Meteorological Organization.

Plant and wildlife in Azerbaijan

The vegetation is predominantly sparse, with steppe and semi-desert. However, the mountains and the Lenkoran lowlands are forested.

The mammalian fauna includes wild boar, deer, capricorn, golden jackal and red fox. Many duck and waders winter in the Caspian Sea, others rest here during our migration and fall.