Israel can be divided into three main geographical regions, which extend in the north-south direction: the coastal plains, the highlands towards the West Bank and the highlands, and the Jordan depression. Along the Mediterranean there are three fertile plains: the Zebulun plain in Galilee, Sharonsletta south of Haifa and Judeasletta south of Tel Aviv. 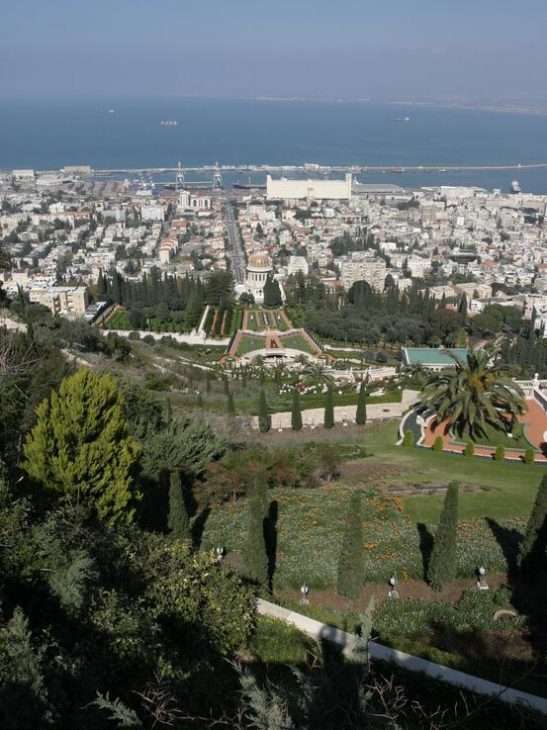 The altitudes towards the West Bank are part of this geographic area. Together with the highlands they are made up of limestone from chalk and tertiary. Between the lime layers are basalt layers from volcanic eruptions in chalk. The rocks are slightly folded and broken up by north-south faults. The highest point is Berg Meron (1208 meters) in the northern Galilee and Ramon (1035 meters) in the Negev, near the Egyptian border. The northern highlands of Galilee flatten in the south towards the fertile plains of the Yize’eldal Valley, which extend continuously southeast from Haifa towards the Jordan River. The plains are bounded on the highlands of the West Bank and the elongated Carmel Heights (528 m asl), which reach all the way to the sea at Haifa. The southern part of the highlands consists of the area from the southern slopes to the West Bank and the arid Negev area, which extends south to Elat at the heart of the Gulf of Aqaba.

To the east of the high rivers, the Jordan River extends throughout the entire country. The lowering is part of the 5600 km long Rift Valley that extends through the Red Sea to far down in East Africa. It is mainly formed in the later part of the Tertiary period and in the Quaternary period. heat sources. The water surface of the Dead Sea is the lowest point on the Earth’s surface.

Israel is in the subtropical climate zone. The northern half of the country has a Mediterranean climate with hot, dry summers and mild, humid winters. The southern half has very sparse rainfall, with steppe or desert climate. The country is influenced by the subtropical high pressure belt, which averages around 30 ° n.br. , but which is shifted to the north in the summer, to the south in the winter.

Summer is dry season, with negligible rainfall in May – September. The average temperature for July – August is evenly above 25–30 ° C, but up to 35 ° C in the Dead Sea and in the desert in the south. Higher regions in the north have monthly averages below 25 ° C. 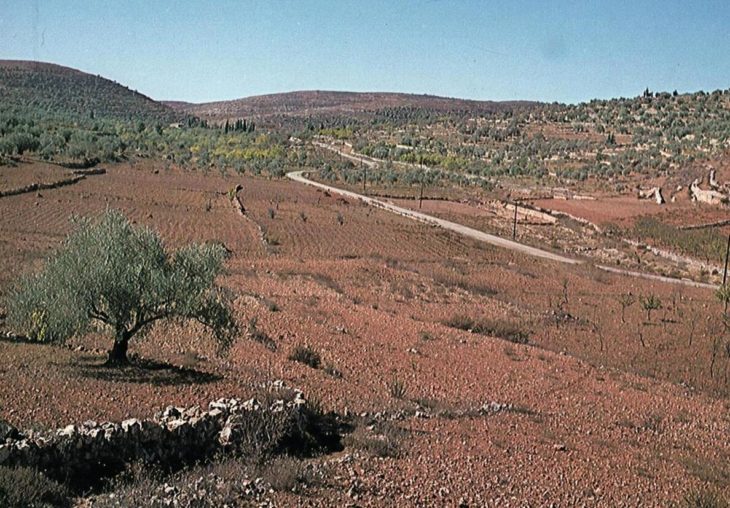 Landscape characteristic of large parts of Samaria and Galilee, with red soil and olive trees.

In the winter, the west wind belt sets its mark on the weather, the Mediterranean being an important source of moisture. In many places, rainfall and urban rainfall from the west provide monthly precipitation over 100 mm in December – February. Most fall in west-facing slopes north of Galilee, at least in sheltered areas farthest east and south. The annual sum goes up to 1000 mm in the north, while approx. 500 mm is typical of the cultivated areas. Around the Dead Sea it is below 100 mm, in the Negev Desert partly below 50 mm. The average temperature for January is generally between 10 ° C and 15 ° C, while it is slightly cooler in higher regions in the north. Frost and snowfall are rare.