As part of the Bengal region, Bangladesh belonged to a larger Buddhist empire from around the year 700. It was conquered by Muslim invaders in the 1100s and ruled by local Muslim dynasties in the following centuries, and incorporated into the mogul kingdom in 1576. The British East India Company gained control over the area in the 1760s.

Bangladesh’s short history as an independent country has been marked by military coups, strong unrest, with several coups and political assaults. Until 1947, Bangladesh was part of India before being subject to the new state of Pakistan, which was created by India’s division in 1947. East Pakistan (present-day Bangladesh) had little in common with West Pakistan. A bloody civil war broke out between East and West Pakistan, and India intervened on East Pakistan’s side. After a brief war, East Pakistan gained independence in December 1971 and took the name Bangladesh, which was the name of the area when it was a province of British India. 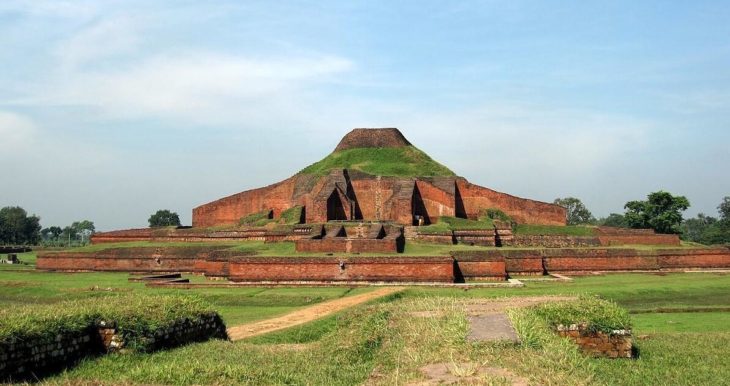 During the Gupta empire (about 300-500), Bengal had a prosperous economy and there was a great deal of trade. Hinduism was introduced during this period and coexisted with Buddhism for hundreds of years. After the Gupta empire, several centuries followed changing rulers such as the Pala dynasty (800–1200) and the Chandra dynasty (1000–1100).

Arab traders came to Bengal from the 9th century and brought with them Islam. Muslim rule was gradually introduced during a number of Muslim dynasties from the 13th century. In eastern Bengal, Islam became the religion of the majority. The Muslim rulers of Bengal promoted a pluralistic society and to a small extent preached religion. They were most interested in incorporating local communities into the state system. Administration staff had different religious backgrounds.

In 1576, Bengal was incorporated into the Mughal Empire by Akbar. During this period, Islam became widespread both through immigration associated with the ruling class and also by mass conversions. High- caste Hindus were granted land under early Muslim rule, but under Mughal rule, Muslim settlers were given greater priority. These settlers developed the agricultural economy of Bengal and helped to spread Islam. During the Mughal dynasty, political boundaries expanded to become Suba Bangalah (Bengal Province), and economic activity increased.

Under the reign of Emperor Aurangzeb (1658-1707), the English East India Company was allowed to establish a base in Calcutta (Kolkata). The British gained more and more power in the region as the Mughal empire weakened. In 1757, the ruling prince was defeated by the East India Company at the Battle of Plassey. A British government was established in Calcutta, which until 1912 was the capital of all of British India. 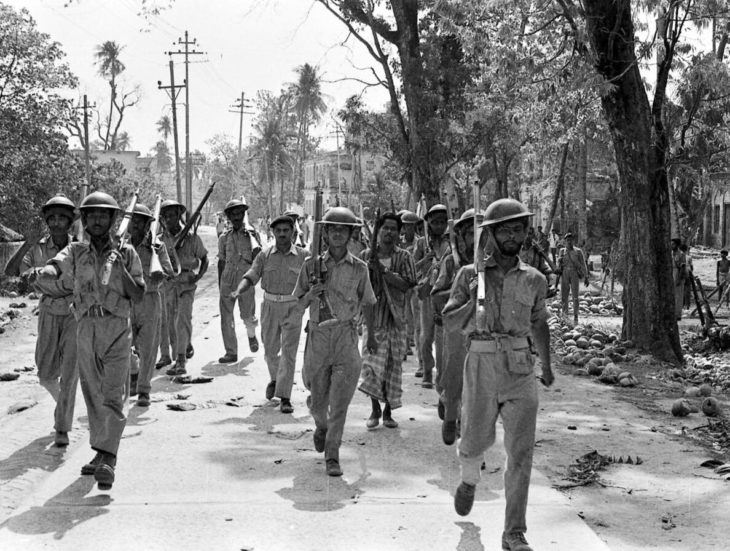 In 1905 two new provinces were created, apparently on a geopolitical basis. These were the provinces of West Bengal, including Bihar and Orissa, and East Bengal and Assam . With the capital of Calcutta, West Bengal had a Hindu majority, while the province of East Bengal and Assam, with its capital in Dhaka, was predominantly Muslim. Apart from increasing administrative efficiency, the grip was intended to position the Muslims as a counterbalance to the Hindus.

The division sparked strong protests in West Bengal, especially in Calcutta, where the Indian National Congress ( Congress Party ) played a prominent role. Indian Muslim leaders mostly supported the division. In 1906, they created the Muslim League to safeguard the interests of the Muslims, both in relation to the colonial power and in relation to the Congress party, which preferably represented the Hindu majority.

In 1912 the division was abolished and Bihar and Orissa became a new province and Assam returned to its separate status. After the reunification of Bengal, the Congress Party and the Muslim League worked together for self-government, despite some conflicts between the parties. Fazl ul-Haq, Bengal’s chief minister from 1937 to 1943, was keen to unite the parties in the struggle for independence. He therefore created a separate party for peasants and tenants (Krishak Proja) and formed a coalition with the Muslim League. In 1940, Fazl ul-Haq proposed the so-called “Pakistan Resolution”, demanding independent states for Muslims.

In 1942 new rounds of political dialogue started, but no agreement was reached. In August of that year, open conflict broke out between Muslims and Hindus in Calcutta and riots eventually spread far beyond the borders of Bengal. Several prominent political leaders reopened the negotiations for their own, independent, united Bengal. 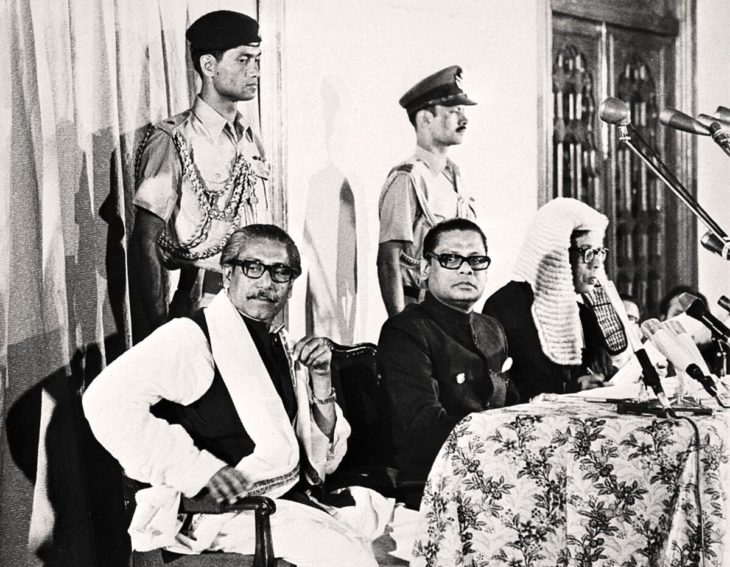 The struggle for self-government

Awami League under the leadership of Sheikh Mujibur Rahman led the agitation for inner self-government in East Pakistan. A 1970 constituency gave the Awami League a majority in the National Assembly, but West Bengal authorities refused to recognize the election winner of the Awami League. This led to fierce unrest, which was turned down by Pakistani troops on March 25, 1971. The next day, Bangladesh proclaimed independence. As a result, West Pakistani military forces occupied East Pakistan and it became a very bloody civil war. Millions of East Pakistanis have fled to India.

On December 3, 1971, India intervened on East Pakistan’s side and war broke out between India and Pakistan. The Pakistani forces in the east were defeated after India’s invasion and surrendered on December 16. East Pakistan thus gained independence and took the name Bangladesh, which was the name the area bore when it was a province of British India.

The acts of violence during the War of Independence in 1971 have cast shadows on Bangladeshi politics for decades.

Mujibur Rahman was released from Pakistani captivity and taken over as prime minister. He enjoyed great popularity as the “country father”, but failed to create economic and political stability. The post-war recovery was supported by many countries. Business was partially nationalized.

Mujibur Rahman introduced a state of emergency in 1974 and took on almost dictatorial power; the one-party state was created in February 1975. In August 1975, a group of officers conducted a coup and Mujibur Rahman and most of his family were killed. Several coups followed during a confused period.

General Ziaur Rahman emerged as the country’s new “strong man” and in 1977 became the country’s president. He abolished the one-party system and formed his own party, the Bangladesh Nationalist Party (GDP), which in the 1979 elections received more than two-thirds of the seats in parliament. 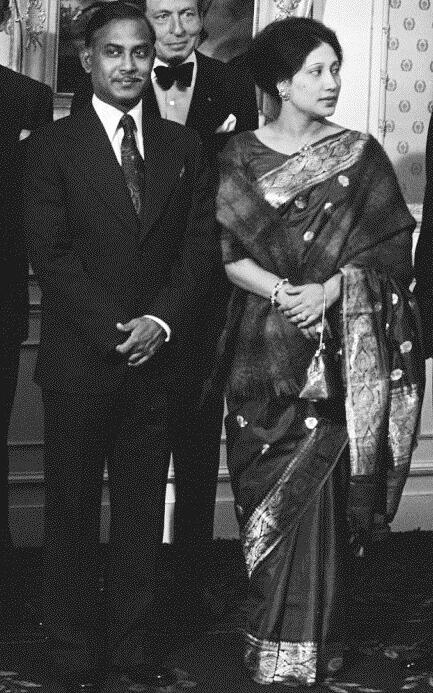 In May 1981, Ziaur Rahman was assassinated during a coup attempt which, incidentally, failed. Army Chief General Mohammad Ershad took power in a bloodless coup in March 1982 and later proclaimed president. The 1986 parliamentary elections gave Ershad’s party, Jatyia Dal, a majority. The opposition boycotted the elections in 1988. Islamic law was introduced after the country had had a secular constitution since its release.

Two women led the opposition to Ershad’s regime: Hasina Wajed, daughter of the nation’s founder Mujibur Rahman, and Khaleda Zia, the widow of murdered leader Ziaur Rahman. During a massive campaign, Ershad was overthrown in December 1990. He was then sentenced to 27 years in prison for corruption and abuse of power.

In the 1990s a democratic development took place. Several free elections were held. In 1991, the right-wing GDP gained a pure majority, and Khaleda Zia became prime minister. After the election victory in 1996, the Awami League took power after 20 years in opposition.

The new government, headed by Hasina Wajed, placed great emphasis on bringing those responsible for the 1975 murder of Wajed’s father, Mujibur Rahman, to justice. 15 out of 19 defendants were sentenced to death, most without being present. During Wajd’s reign, the security situation worsened, and the opposition’s demonstrations were hard hit. 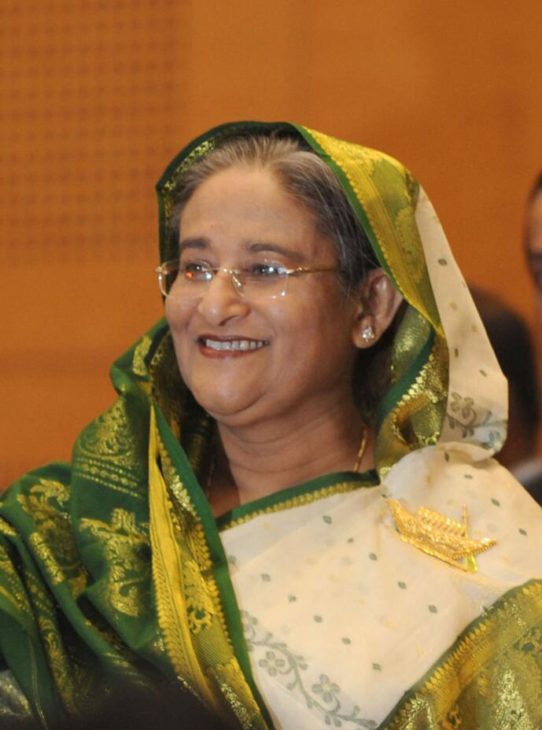 Hasina Wajed, along with a sister, was the only survivor when the Rahman family was massacred during a military coup in 1975. She then took over the leadership of the Awami League party . She was prime minister in the period 1996-2001 and again from 2009. Wajed has received a lot of goodwill because of the country’s rapidly growing economy, but also received criticism for human rights violations.

A four-party coalition under BNP’s Khaleda Zia came to power after the election in 2001. The shift happened with renewed political violence and abuse against the country’s Hindu minority. The confrontation policy continued between Hasina Wajed and Khaleda Zia. Violent rivalry greatly characterizes the political life of Bangladesh. The parties do not differ so much from each other, but historical and personal contradictions control their behavior.

In the government position, both parties have been powerless and tried to break down the opposition. In opposition, they have made the street into the fighting arena with constant strike actions, partly of a violent nature. This very special political culture has created a profound national conflict and has become an obstacle to stability.

A transitional government took power in October 2006, with responsibility for conducting the elections scheduled for January 2007. The transitional government launched a campaign to combat what it termed “corruption, muscle power and black money in politics”. Corruption has long been a widespread problem in Bangladesh. The fight against corruption hit many in the country’s political and financial elite.

After two years of state of emergency and a civilian transitional government supported by the army, parliamentary elections were held in Bangladesh in December 2008. The election was conducted in a peaceful and fair manner and became a major victory for the Awami League (AL) and its allies. Sheikh Hasina (the leader of Awami League), became new prime minister in 2009.

The January 2014 parliamentary elections were marked by major unrest, and dozens of people were killed. The opposition party, the Bangladesh National Party (GDP), demanded that the sitting regime surrender power to a temporary government while the election was going on. The ruling Awami League refused, and the conflict led to a wave of violence. The turnout was very low, just over 20 per cent. The BNP demanded that the election result be invalidated, but Sheikh Hasina stepped down on his third term as prime minister. 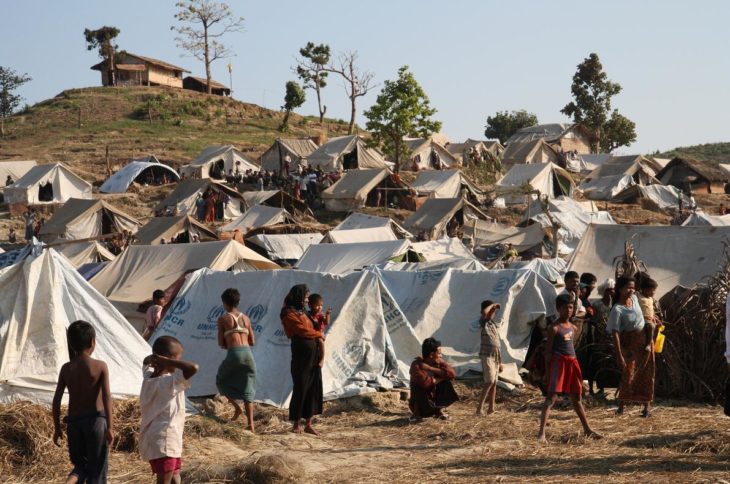 Many Rohingya live in refugee camps on both sides of the Myanmar-Bangladesh border.

Bangladesh is largely a moderate Muslim country, but there are fundamentalist currents. Religious extremism has become a problem in Bangladesh, and Islamic extremists have been behind a number of bomb attacks since 2015. Work against extremism and terrorism is a priority task for the government.

In the period 2016–2017, the country was criticized by human rights organizations for a number of human rights violations. Many people killed by armed groups who claimed to act in the name of Islam. This included, among other things, foreign nationals, secular activists and gays. Freedom of expression was further restricted as the government used repressive laws and pressed criminal charges against critics.

The situation for the Rohingya minority in Myanmar deteriorated sharply in 2017. Over half a million Rohingya fled across the border to Bangladesh during the year to escape violence and persecution in Myanmar. Before this, around 300,000 Rohingya refugees were already living in Bangladesh.

In November 2017, Bangladesh and Myanmar signed an agreement for the return of Rohingya refugees. They also agreed that all refugees should return within two years. The returns have been postponed several times and the UN did not recommend that Bangladesh return the Rohingya because of the difficult situation in Myanmar.

Opposition leader Khaleda Zia was arrested in February 2018 for corruption, and thus put out of play in the election campaign. Several other opposition politicians were also imprisoned or disappeared during the election campaign. The election campaign in 2018 was characterized by violence and riots. Prime Minister Sheikh Hasina has run for re-election for the third time. She got a lot of goodwill because the country’s economy is one of the fastest growing in the world, but receives and then criticized for human rights violations. The government coalition led by Hasina got a majority in the 2018 election. The opposition claimed it was electoral fraud, but the electoral commission approved the election.