Ishigaki is an island in the Japanese archipelago of Yaeyama Islands in the Pacific Ocean managed by Okinawa Prefecture which also manages some of the disputed islands in the conflict with China and Taiwan. However, the island of Ishigaki is located in the East China Sea and was formed by a volcanic eruption. It is the third largest island in Okinawa Prefecture and has an area of ​​about 222.25 km². The island has about 47,000 inhabitants and has a domestic airport with the code ISG.

A paradise in Japanese vintage

If you love paradise islands but at the same time are tired of all the tourism and want to try something different, Ishigaki is an alternative. The island is surrounded by clear blue water and white cliffs and has a pristine nature that makes anyone lose their breath. It is not the same commerce here as on other tourist-dense archipelagos and the climate does not go off for picks either, even though it is not hot as in an oven.

If you prefer diving, this island is an ideal place. The elongated geography forms long beaches without tourists packed like herring and hiking trails and trails abound. Many people rent a car to get to know the island and its nature better. Then you also get to see all the hidden beaches and caves that the island offers. Watch untouched coral reefs and surf the waves of the many undiscovered places, eat a pineapple from the many plantations or walk in the palm-clad forests. 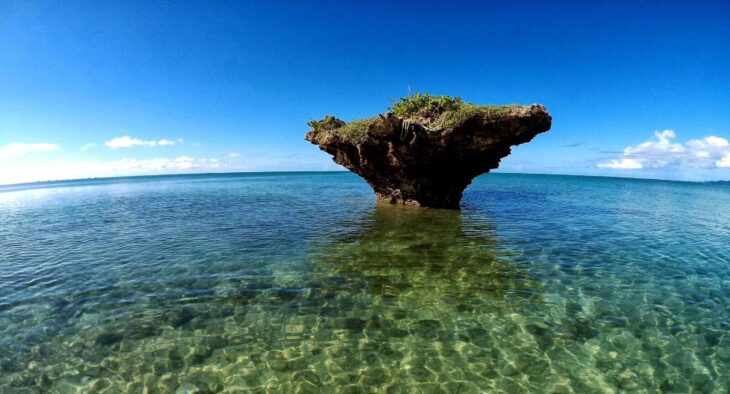 The commercial part of Ishigaki

At the capital of the island, which is located on the island’s southern cape, there are a lot of bars, restaurants and hotels, but otherwise the island is very unexplored. Maybe it’s also due to the sometimes windy climate that makes it a bit chilly. During the winter months, the temperature is usually around 13-15 degrees and then rises upwards as summer approaches. However, do not expect 30-35 degrees. 25 degrees is usually the maximum temperature. Many have compared the island’s climate and nature to Hawaii.

Those who come to Ishigaki are mainly Japanese tourists; the island is relatively unknown to other visitors. Some stressed Japanese have even moved here to get away from the hustle and bustle of the big cities. This also means that most people on the island know each other to some extent. Many have opened their own café or business and make a good living at it.

In recent years, Ishigaki has become a new trendy holiday destination for tourists and commerce has had to adapt accordingly. And you understand why. The island is clean, hospitable and quiet!

At Ishigaki you can cycle, walk or drive. There are also ferries that go over to other islands around, which is recommended. However, you have to fly if you want to get from the Japanese mainland to the island.

The fine coral reefs and the rainbow-colored fish make diving the most popular activity on the island. Fishing is also very common. Sunbathing in all its glory, but people also come to Ishigaki to take advantage of the island’s nature and not to squeeze on the beach. However, a swim in the turquoise blue water is inevitable, but on Ishigaki it is more fun to move around. 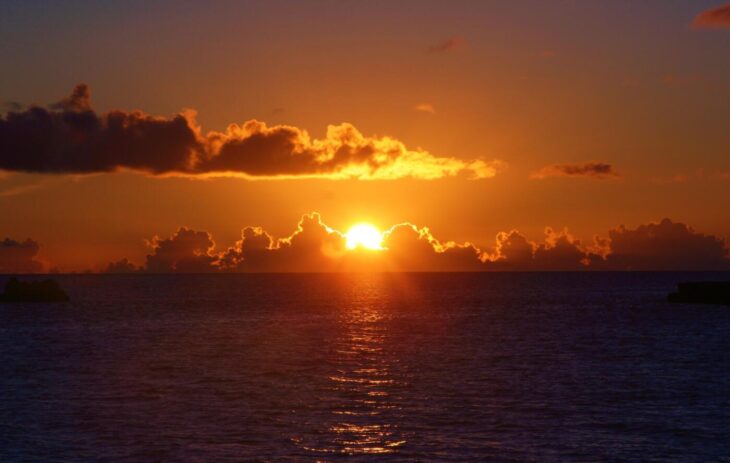 In the northwest Pacific we find this relatively anonymous island, Ishigaki, which belongs to the Yaeyama Islands. According to itypeauto, Ishigaki is the main island in the archipelago that belongs to Japan and measures an area of ​​just over 222 square kilometers. In the southern part of the island we find the island’s capital where most of the island’s 47,000 inhabitants live. The highest point on the island measures 525 meters above sea level and around the island there are another 12 small islands that are still uninhabited.

Although the island is relatively small and has relatively few inhabitants, there is an airport on the island to receive outside tourists but also visitors to the inhabitants. The airport is mainly for domestic flights, which means that you can fly to mainland Japan first and then fly on to Ishigaki.

Ishigaki is still a relatively undiscovered gem and as a tourist you are quite alone. However, it is a really tropical island that has white sandy beaches and crystal clear water. On the island there are several hotels of varying standards. It is possible to stay in luxury hotels that are top renovated, modern and fresh, but there are also simpler hotels and rooms to stay in. Here you will find accommodation for all occasions, whether you are traveling with the whole family, with a friend for a relaxing spa stay or with his partner for a romantic trip.

The food on the island is of course mostly Japanese food and you can look long before you find a restaurant that offers some other type of food. However, there is a McDonalds on the island if you get bored of Japanese food and there are also restaurants that are inspired by the American steakhouse and with an international focus, although these are much more rare. It is therefore an excellent opportunity to take part more in the Japanese food culture.

On the island there are of course limited things to do and see, but you do not have to sit completely idle. Something that can be highly recommended by many is that you take a guided tour by boat that has a glass bottom. Through the bottom you can then see the entire sea kingdom which contains both coral reefs and fish of various kinds. It is an awesome and unique experience and the closest you can get to snorkeling without having to be in the water yourself.

Furthermore, there are several popular beaches and parks to visit to get closer to nature. You can also book a guided motocross tour for those who prefer activity on land, with speed and fan, and at sea it is possible to rent a kayak to paddle in the bays.

For those who are more interested in history, there are some museums to visit but also historical landmarks and places as well as a couple of temples.

The island’s history is interesting when the Battle of Okinawa took place here during World War II in the spring of 1945. During World War II, the Battle of Okinawa was one of the largest and one of the most significant of the battles that took place in the Pacific. It was then that the United States conquered the area and managed the islands in the best way until they were returned to Japan in 1972.