Japan has greatly developed its own cuisine. The country has received little from neighboring countries and even less from the rest of the world. Japanese cuisine is almost puritanical in its simplicity, and the consideration of nature and the seasons, as well as the aesthetic whole, weigh heavily. This is in line with Buddhist philosophy – modesty and humility also characterize the Japanese way of life.

The Japanese are distinguished by the elegance the food is presented on, both during the preparation, the preparation and the choice of dishes and ingredients. For example, tableware can be used with cherry blossom motifs in spring and snow motifs in winter. References to, for example, literature, beliefs and superstitions can be found in the name of the dishes or in the appearance of the food. For the Japanese, symmetry is of great importance, but their concepts of equilibrium and harmony are not the same as in the West, where the different dishes are often served on a dish. In Japan, plates and bowls must fit the shape, color and size of the food. 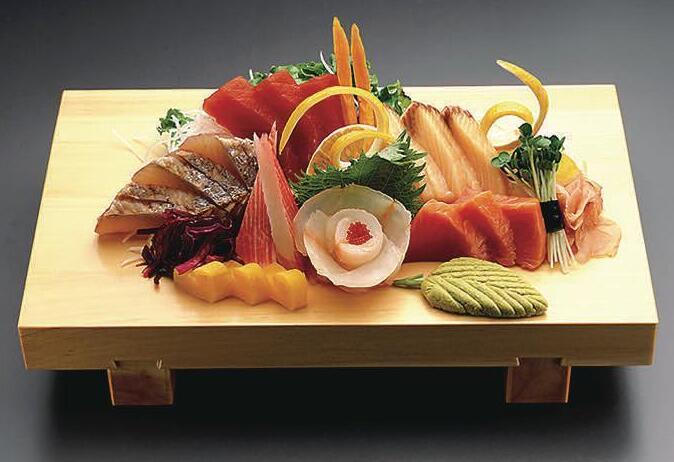 The pure and artificial taste is a prerequisite; it must also be fresh and delicate; the raw materials must come into their own. The supply of fish and shellfish has made its mark on the classic Japanese cuisine. Most seafood and vegetables have been used, but meat has been used more and more in recent decades. The ingredients must belong to the season, and the choice of menu is determined by the season, as previously mentioned crockery and accessories do. For example, in spring and summer, you will often eat chilled tofu (bean pulp ) and soba (buckwheat noodles). In the autumn menu, fried foods are often found alongside mushroom dishes and chestnuts, while the winter menus are characterized by stews, hot noodles and soups. 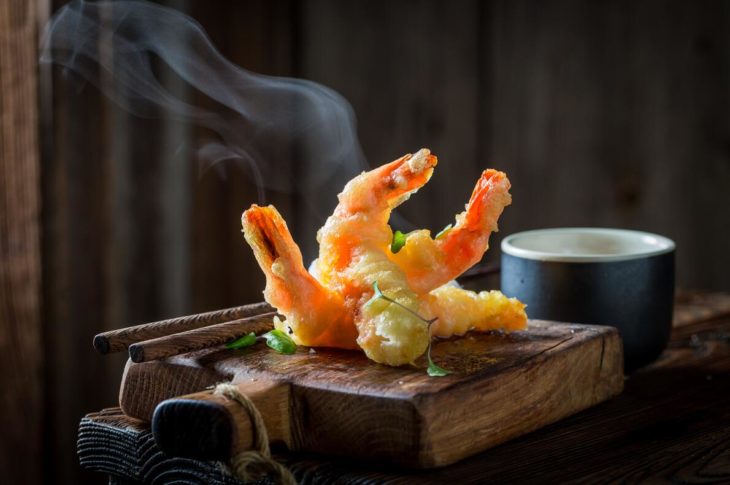 Tempura is a Japanese dish consisting of deep-fried vegetables and seafood.

Of specialties must be mentioned sushi. The most common ingredients in this dish are raw or marinated fish cut into thin slices, as well as rice and vegetables. Furthermore, tempura, which is fish, shrimp and vegetables coated with a porous stir, quickly fried. Ginger is often added as an accessory. Sukiyaki are thin beef slices prepared at the table; accessories such as soy, vegetables and noodles are served alongside. Sashimi, thin slices of raw seafood, is perhaps more typical of Japanese cuisine than anything else. The spice of the dishes is uncomplicated, and the spices mainly come from the soybean – either as shoyu (a clear and thin soy sauce) or as miso(a thick and salty spice mass). The fast and gentle cooking methods mean that the natural nutrients of the food are not lost in the process. Many of the dishes are served in the liquid they were prepared, so the vitamins are preserved.

The menu is not divided into starters and main courses. It is important to serve many different light dishes. Although the dishes have no particular order, you usually eat raw fish first and soup in the end. Often the dishes can be served on a tray at the same time, it depends on what kind of food to enjoy. The food is eaten with chopsticks, which are usually of wood. Sake, the Japanese rice wine, is served lukewarm in small porcelain cups (sakazuki).

Tea has been grown in Japan from the 8th century, while the tea ceremony ( cha-no-yi ) has probably existed from the mid-1400s. The ceremony has great significance in Japanese society, and is probably the most famous example of the stylishness of food and drink presented. Likewise, it cannot be emphasized enough the importance it has had for Japanese porcelain art and Japanese flower arrangements. 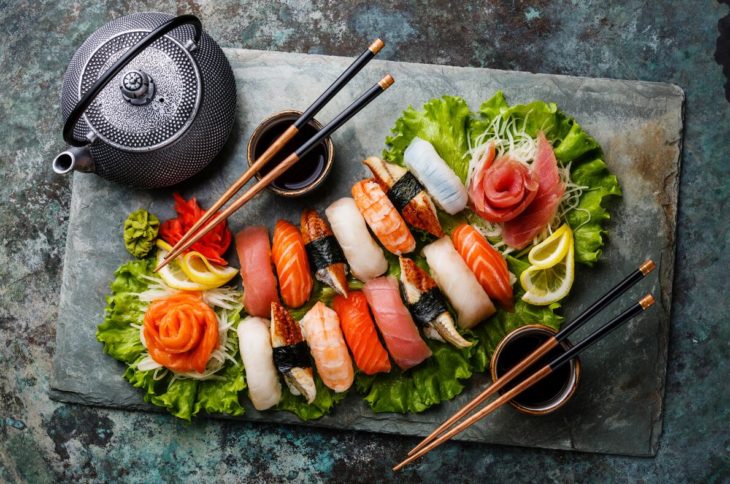 Sushi is a Japanese dish consisting of cooked rice traditionally added to rice wine vinegar, sugar and salt, combined with other ingredients often raw fish and other seafood.