In Old Armenian there is a rich historical and theological literature from the Middle Ages, among others the historian Moses from Khoren, the theologian Eznik from Kolb (400s) and the poet Gregor from Narek (death in 1010). In rubenidenes Armenian kingdom in the Taurus Mountains (Cilicia) evolved in Crusades a more secular mellomarmensk literature, partly under Western influence.

The Late Middle Ages and more recent times belong to the so-called ashugs (of Arabic ashiq, ‘in love’), a kind of wandering troubadours (Sajath-Nova – dead in 1795, Djivani – dead in 1907).

Khachatur Abovjan (died in 1848) is considered the founder of East Armenian literature. Another well-known poet is Hovhannes Thumanjan (died 1923). From the time after 1917 can be mentioned Alexander Shirvanzade (Movsesjan, died in 1935), who is best known for his realistic novels and short stories, and the novelist H. Hagobjan (died in 1936), who is considered by many to be the founder of Soviet Armenian literature. 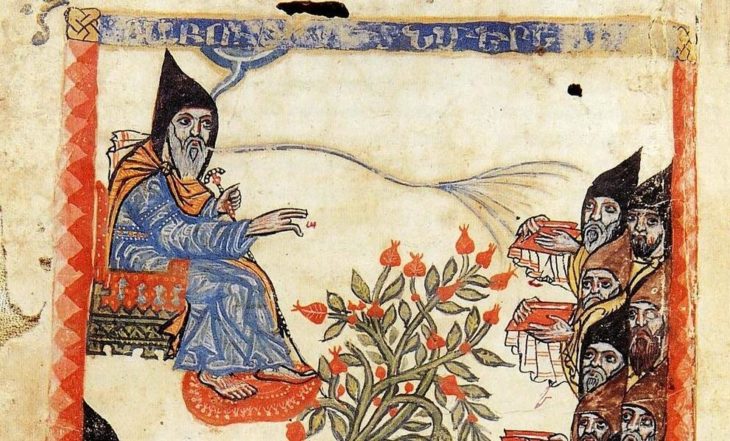 As representatives of the Western Armenian literature, which had its center in Istanbul, may be mentioned the novelist Krikor Zohrab (died in 1915) and the lyricist and playwright Bedros Durjan (died in 1872).