According to the Corruption Perception Index 2019 by Transparency International, published in January 2020, Mongolia, with 35 out of 100 points, together with Albania, Brazil, Cote d’Ivoire, Macedonia, Algeria and Egypt, ranks 106th out of 180 countries and has risen by two points and 13 places compared to 2018 deteriorated.

Women are legally equal to men and the country has signed and ratified international resolutions against discrimination against women. All governments since 1992 have launched various programs to promote women, mothers and families, some of which have been implemented with good results. Mongolian women are very committed to their jobs and dominate certain professional groups (teachers, doctors, judges), the proportion of female students is around 70 percent. The professional engagement of women is in contrast to their position in politics, which is still a domain of men. Although women work very actively at the level of municipal citizens’ representatives, they are only represented in a few management positions at national level.

The death penalty has not been carried out in Mongolia since 2009, and in 2010 President Elbegdorj and the government announced a moratorium on executions.

On December 3rd, 2015, the members of the Grand State Assembly passed a new penal code that abolished the death penalty. It should come into force in September 2016, this was rejected by the new State Assembly. A dispute arose over the question of whether and to what extent the “Law to Combat Violence in the Family” must be part of criminal law.

In January 2017 the new penal code, which abolished the death penalty, came into force.

On October 16, 2017, President Kh. Battulga ordered a working group to be set up to discuss the requirements and options for reintroducing the death penalty.

Mongolian society may not have developed so far that the death penalty can be dispensed with in criminal law, the president justifies this step.

A working group from the Ministry of Justice came to the conclusion that reintroduction of the death penalty should be rejected.

Due to the very difficult budget situation, the government has stopped or changed various programs. In connection with the stop of the yurt district program, there is a risk that residents will become homeless. They have sold their ger (yurt), but the apartments they have been promised are not ready. The construction companies have run out of funds.

The National Anti-Corruption Commission acts more in the interests of those in power. After every change of government, the management staff is replaced. Official allegations of corruption are made primarily against the respective political opponent.

The suspicion of corruption in the case of the Oyutolgoi contracts has still not been finally negotiated.

The Swiss Public Prosecutor’s Office investigated. It was about the investment contract between the Mongolian government and the multinational mining company Rio Tinto. According to the contract, 66 percent of the “Oyutolgoi” gold and copper deposits belong to the Rio Tinto subsidiary “Tourquoise Hill Resources”, formerly “Ivanhoe Mines”. 34 percent remained the property of the Mongolian state.

The Mongolian Anti-Corruption Commission has promised the Swiss any support.

Bayartsogt is now excluded from his party, the DP. been.

Two former prime ministers (Bayar and Saikhanbileg) and the former head of the National Security Service have been imprisoned for the case and are currently being tried again. They were released from custody on bail.

The Mongolian government wanted to check whether 100 percent of “Oyutolgoi” could be transferred to Mongolian ownership. So far this has not happened.

In the categories “Individual Freedom” and “Economic Freedom” she achieved 7.4 points and 7.7 out of ten points, respectively.

In the second report on “Lost Childhood” by the children’s rights organization “Save the Children” published at the end of May 2018, Mongolia ranks 71 among 175 countries with 891 points out of 1,000.

Singapore and Slovenia top the list, followed by Sweden, Germany comes with 978 points in 12th place.

After the National Security Council approved the initiative of President Kh. Battulga on March 25, 2018 to amend and add to the laws on the legal status of the Supreme Court, the Prosecutor General, the National Anti-Corruption Commission, the Police and the Security Service, a majority of the members At the Grand State Assembly on March 27, the legislative changes were approved

As a result, the attorney general and his deputy were removed from their posts, and the chairman of the Supreme Court resigned at his own request.

Criticism of the changed laws comes from the DP.

Battulga justified his initiative with the dependence of the mentioned organs on economic-political groups. 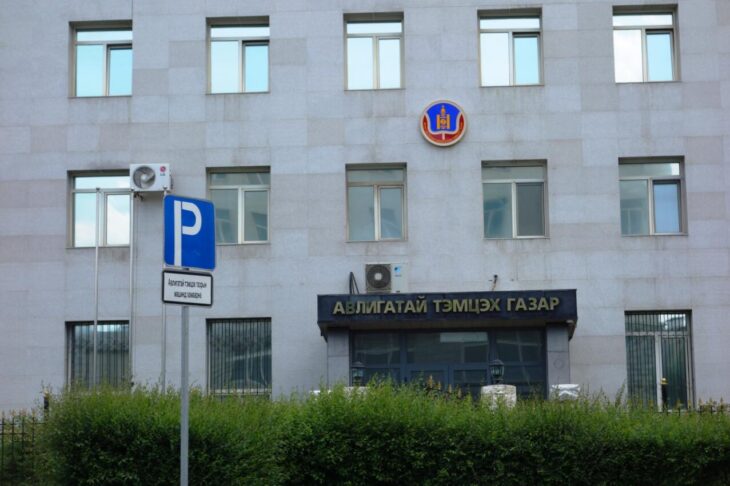