The territory of what is now Mongolia was already settled in the Paleolithic. Residence places and workshops of people have been found in all aimags (provinces) of Mongolia.

However, no bones or burial sites of the oldest people in Mongolia have been found to this day.

Numerous rock drawings from the Meso- and Neolithic were discovered for this.

The best known are the depictions of a camel, a goat, a ram, an antelope and an ostrich in the ” Cave of the Blue River ” in Khovd-Aimag, in western Mongolia.

Around 1,500 B.C.E., the residents gradually switched from hunting to farming and animal husbandry.

In the Iron Age, since the first half of the 1st millennium BCE, the gentile society began to dissolve, early nomads, who buried their dead in stone kurgan and plate graves and developed the animal style, moved through the area between the Siberian taiga in the north and China in the South, Turkestan and the southern Russian steppes in the west as well as Manchuria.

The first tribal federations and states emerged and became a threat to the Chinese state. The Xiongnu or Hsiungnu ruled not only over the vast steppe areas of Central Asia, but also over northern China from the 3rd century BC to the 1st century. After their expulsion by Chinese armies, some of them moved west, triggering the first great migration of peoples, in the 5th century they reached Europe (in association with subjugated and assimilated nomad groups on the way) – here known as the ” Huns “.

To protect against the Turkish, Mongolian and Tungusian-speaking riding nomads from the Central and North Asian steppes, the “northern” barbarians “in Chinese historiography, the Chinese began building a wall as early as the 3rd century BC It was to develop into one of the most famous buildings of mankind over the centuries, but new centers of power continued to emerge in the steppe regions, from which threats not only for the nomadic neighbors but also for China until the 17th century.

From the 6th century onwards, the Turkish title “Khan” had prevailed for the rulers of these nomad confederations and states. 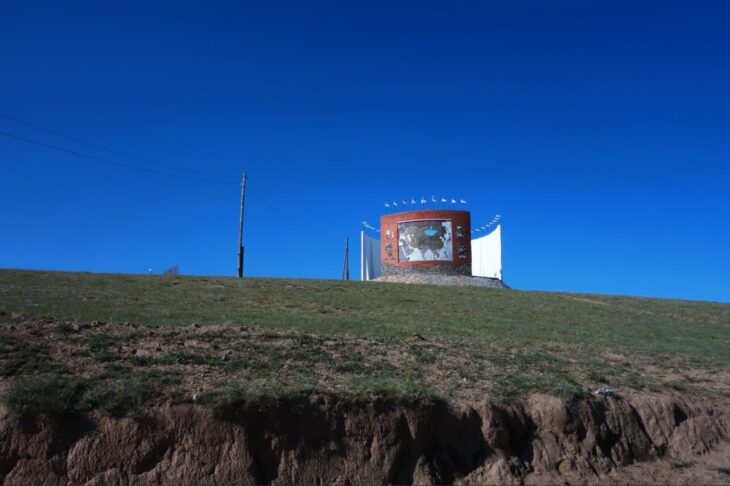 Until the middle of the 11th century the Mongols played only a very subordinate role in the power calculation of the steppe princes and the Chinese emperors.

The settlement areas of the Mongolian-speaking clans and tribes lay between Tuul, Onon and Kherlen (Khamag Mongol), in the Onon river valley (Jalaier = Mongolized Turks), between Khangai and Khentii (Kereiten, which had been displaced to the east from their original tribal seats on the Irtysh and Altai and who ruled the eastern part of Mongolia). The Naiman, whose upper class was of Turkish descent and who settled between the Khangai and Altai, ruled the western part of Mongolia. The Merkites lived between the lower Selenge and south of Lake Baikal. The most powerful and richest nomadic tribe, the Tataar, settled in the area around Buir Lake and the Khalkh River (Khalkhyn Gol) in eastern Mongolia. In the 12th century they were in the service of the Chin.

The rider nomads of the grass steppes faced the forest trunks of the Oirats, Uriankhai or Tumed. They lived between the Altai, Eastern Sayans and Lake Baikal, kept sheep and hunted and caught fish. While the nomadic cattle farmers of the grass steppes had already developed an aristocratic tribal order, only assertiveness and efficiency played a role among the forest tribes.

From the middle of the 11th century, a line of rulers developed among the Monghols – the name first appeared in Chinese sources from the 7th century. The Mongolian tribes, in particular the steppe tribes, also strengthened due to more favorable climatic conditions, which contributed to an increase in the number of cattle and thus to more prosperity. They conquered more pastureland – indispensable for the enlarged herds – and fought for supremacy in the steppe.

Sustainably succeed should only Temujin (1162-1227), the son of a nobleman named steppe Yesugei. After fighting with cunning, strategic and tactical skill and diplomatic skill, he unified all Mongolian tribes between Onon, Kherlen and Tuul in 1189, and by 1206 he subjugated all other tribes and federations on the territory of what is now Mongolia. In the same year he was proclaimed Chinggis-Khaan, the ocean-like ruler of “all peoples living in felt yurts”. In 1220 he gave the order to build a garrison town at the foot of the Khangai – Karakoram.

Since 1206, Mongolian cavalry forces penetrated south, east and west as far as Silesia (1241 Battle of Legnica) or “Battle of Wahlstatt” in Western literature in ever new waves. Chinggis-Khaan and his successors created an empire that temporarily stretched from the Pacific to the Danube, making it the largest, if only for a brief moment in history, the world had ever seen.

After the death of Khubilai Khaan (1260-1294), under whose rule the Mongol empire reached its greatest expansion, who moved the capital of the empire from Karakorum at the foot of the Khangai to Beijing and established the Yuan dynasty in China, the empire quickly disintegrated his part. The conversion of the Mongols to Tibetan Buddhism by Khubilai and Phags-pa Lama (1235-1280) with the aim of establishing a harmonious relationship between organized religion and state power also came to an end for the time being.

According to cheeroutdoor, the great khans in Beijing only ruled over China and the Mongolian ancestral lands, the Il-khans in Persia and the khans of the Golden Horde in Russia lost their power to the local elite and to the growing Turkish khanates in southern Russia, Central Asia and the Caucasus.

In 1368 the “Red Headscarves” – a Chinese peasant army – defeated the Mongols and drove them back to the northern steppes. The history of the Yuan Dynasty in China came to an end, that of the Ming Dynasty (1368-1644) began.

It was undoubtedly due to Chinggis-Khaan’s achievement to unite the fragmented Mongolian tribes, which were involved in constant feuds, and thus to have established the first unified Mongolian state.

It is often forgotten that during the Mongol rule the trade routes between Europe and Asia were safer than ever before. After the fall of the Mongol Empire, the “Pax Mongolica” was also a thing of the past.