From a planned to a market economy

Mongolia initially struggled on the way from a planned to a market economy. After grants from the Soviet Union and the other COMECON countries ceased to exist and the sales and procurement markets were lost, the country’s economy collapsed like a house of cards, investments fell by 70 percent, and national income fell by 20 percent between 1991 and 1993.

The privatization of the herds went pretty smoothly. However, the privatization of the large state-owned companies made slow progress and it was not uncommon for the former “public property” to end up in the hands of the new, old rulers. Rural privatization (cooperatives, state estates, trading companies and processing plants) led to an increase in unemployment in the aimags (provinces) and Sums (counties). Settled families here (technicians, medical staff, sales staff, teachers) switched to nomadic livestock farming.

Since the early 1990’s, Mongolia has pursued an economic policy that focuses on promoting the private sector and foreign investment.

Mongolia quickly became a popular partner of the multilateral and bilateral economic and development cooperation. In 1991 she became a member of the World Bank, the ADB and the IMF, and in 1997 of the World Trade Organization (WTO).

In 1996, negative external factors – steppe fires, collapses in copper and cashmere prices – and internal deficits in the energy and financial sectors – interrupted the recovery phase of the Mongolian economy that had just begun. In addition, there were the extremely cold winters of 1999-2001 (Mongolian “white zuud “), which resulted in high livestock losses.

After 2002 there were increasing signs of a positive overall development.

Due to the climatic conditions with a dormancy of over six months and temperatures in winter below minus 40 degrees, arable farming is only possible in a few favorable regions.

The wide, species-rich steppes of the country have always offered favorable conditions for nomadic grazing cattle, until the middle of the 20th century the structure-defining economic sector of Mongolia. A significant manufacturing industry only developed with Soviet help from the 1930’s. Up until the 1960’s, 60 to 70 percent of marketable goods and 80 percent of exports came from the livestock industry.

The banking and financial services sector, services and tourism as economic sectors to be taken seriously only emerged after the political and economic change.

Knowledge of Mongolia’s mineral wealth is not new. Coal and gold were mined as early as the 19th century, albeit on a modest scale. Dismantling is only possible under difficult conditions due to the climate, a lack of workers and the lack of infrastructure.

According to hyperrestaurant, Mongolia has no direct access to the sea – Tientsin, the nearest accessible port – is located 1,500 km from the capital Ulaanbaatar on Chinese territory. Railways, automobiles and airplanes are the main modes of passenger and freight transport.

In 2008, the Grand State Assembly adopted the “Development Strategy for the Years from 2008 to 2021” with a total volume of 29 billion US dollars for improvements in infrastructure as well as in education and health care.

Is the exploitation of raw materials as an engine for development?

Thanks to the extensive reforms, the discovery of further huge mineral deposits and the possibilities of recovering them, Mongolia has become an attractive location for foreign investors and has meanwhile developed from a poor agricultural country to a country in the middle income bracket.

However, investments, which had reached a record five billion US dollars in 2011, plummeted in early 2012 as a result of lower world market prices for raw materials, the weakness of the Chinese economy – the main consumer of Mongolian raw materials – and restrictive investment legislation. Just a year later, the government and the state assembly defused these provisions.

In 2013 the Mongolian economy grew by 11.7 percent. Higher government spending and the start of production in the Oyutolgoi copper and gold mine were able to offset the sharp decline in foreign investment and coal exports to a moderate extent. Investments continued to decline in early 2014, partly because the government and Oyutolgoi investors could not agree on the financing of the second phase of the project, underground production. As the World Bank correctly assessed, foreign investment did not increase significantly in 2015 either.

The ongoing political crisis after the government reshuffle in December 2014, after the dismissal of the MVP ministers in August 2015 and the internal wing battles for filling the vacant ministerial and vice-ministerial positions did not necessarily contribute to the consolidation of the economy. The 2015 harvest results were also significantly worse than expected due to the drought and drought in the growing areas.

In contrast, the Ministry of Agriculture reported in 2016 that the harvest results were definitely more gratifying. The annual requirement for grain could be covered from own production. 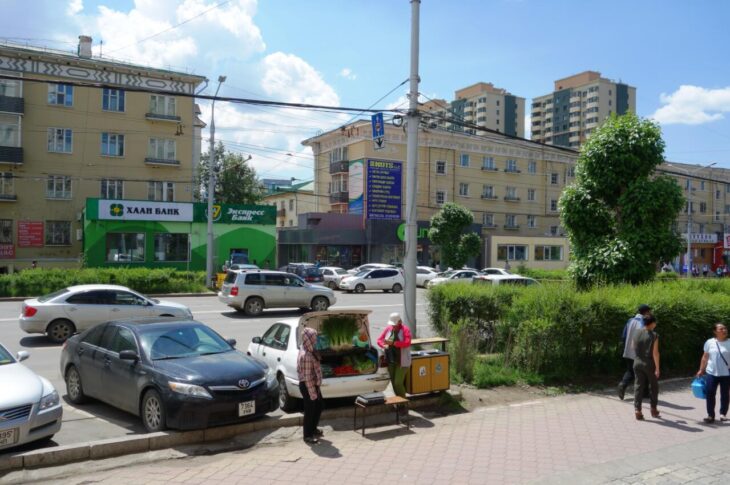