The first signs of improvement (stop of the Tugrug decline, more foreign investments, higher economic growth) can already be seen. The Asian Development Bank also certifies that Mongolia is booming.

In the first eleven months of 2018, Mongolia recorded economic growth of 6.4 percent, the unemployment rate fell to 6.9 percent, and the inflation rate rose to 8.1 percent.

However, the ongoing government crisis has put a damper on the hesitant economic upturn.

In the World Bank report “Ease of doing Business” 2020, Mongolia ranks 81st out of 190 countries.

Even Germany Trade & Invest (GTAI) certified Mongolia in economic outlook from February 2020 a further stabilization of the economy.

However, the corona crisis is making Mongolia difficult.

According to mathgeneral, the government decided on an aid package for businesses and the population in March 2020, but is it enough?

On May 13, 2020, the Grand State Assembly approved the guidelines for Mongolia’s long-term development policy with “Vision – 2050”.

The document combines the history of the Mongolian Empire, the nomadic culture and national peculiarities with modern developments and international conditions.

One goal is to overcome the still existing dependence on the raw materials industry.

This requires the development of the infrastructure, the energy sector, different forms of tourism, the promotion of small and medium-sized enterprises, knowledge transfer and application based on a creative economic policy and further expansion a manufacturing heavy, light and food industry.

Furthermore, it is planned to convert Mongolia into an industrial goods export country, into an equal competitor in the Asia-Pacific region.

One of the most important projects of the Mongolian government’s development policy for the next 30 years is the development of the infrastructure.

This includes the construction of the 414.6 km long railway line between Zuunbayan and Tavantolgoi. 100 km could be completed by November 30th, and the entire route is to be inaugurated by 2022.

In the ranking of the most powerful digital economies in the world, which is published annually by the International Institute for Management Development (IMD) in Lausanne, Mongolia was ranked 62nd out of 63 countries in 2020, as in 2019.

Factors such as knowledge, technologies (broadband), preparation for the future and cyber security are included in the assessment.

In terms of smartphone use, Mongolia ranks 6th, while cybersecurity only ranks 63rd.

On June 21, 2019, the National Statistical Office and the World Bank published their joint poverty report for 2018.

While the risk of poverty is falling in rural areas, it is increasing in urban settlements.

Two thirds of the Mongolian population now live in cities or town-like settlements.

In Ulaanbaatar, on the other hand, it rose 1.1 percent.

The poverty rate is highest in the Gov’sumber-Aimag: 51.9 percent of the residents are considered poor, followed by the Gobi-Altai-Aimag (45.1 percent), Dornod (42.5 percent) and Khovd (40.9 percent)).

Per capita consumption in rural regions rose by 5.4 percent, and in urban centers by 3.7 percent.

Although the poverty rate has fallen, the risk of poverty has risen for many people, observers assume that the 904,000 poor could add another 475,000 in the future.

Although the economy has been recovering since 2017, the risk of falling into poverty remains high. The prosperity from the mining of natural resources and the high level of foreign donations do not benefit all Mongolians. 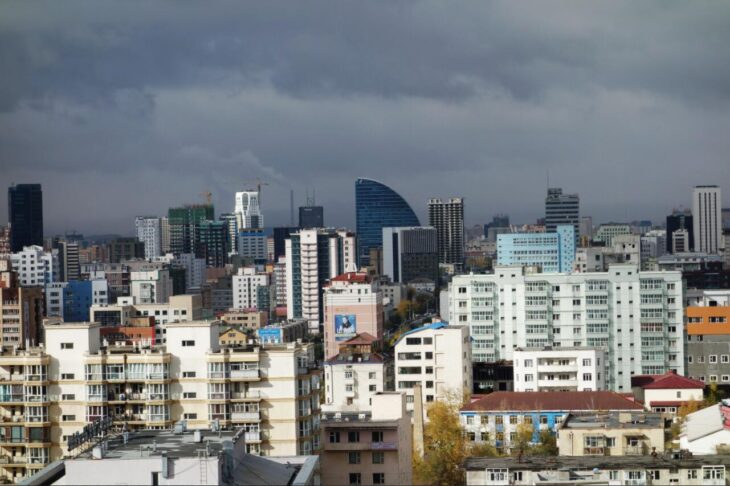