According to the constitution passed in parliament on January 13, 1992, Mongolia is an independent sovereign republic. The foundations of the state are democracy, freedom, justice and national unity. The constitution guarantees free, secret and equal elections and freedom of religion.

The head of state is the president, who is also the commander in chief of the armed forces and chairman of the National Security Council. All parties, alliances and individuals represented in the State Assembly have the right to nominate a candidate for the presidential election who was directly elected by the people for four years before a one-off six-year term of office from 2025. The president has a right of veto, but two thirds of all MPs have to agree to a presidential veto, and three quarters of the votes are required to amend the constitution.

The highest state organ and the only legislative body is the unicameral parliament, the Great State Assembly. The 76 members are also elected for a four-year term, from 1992 to 2012 according to the majority voting system; in the 2012 elections there was mixed voting between majority and proportional representation, and in 2016 and 2020 the majority voting system was again in effect.

On November 14, 2019, the Great State Khural of Mongolia passed a law amending the constitution. In the process, 19 articles and more than 30 paragraphs of the constitution were amended and completed. The changes came into effect on May 25, 2020. As part of the new law, fundamental changes were made to strengthen the legislative, executive and judicial powers.

On November 26th, the 95th anniversary of the adoption of Mongolia’s first constitution, President Kh. Battulga signed the document.

The highest executive body is the government with the prime minister and ministers.

The party with the most seats is the prime minister and the chairman of the Grand State Assembly. The active voting age is 18, the passive 25 years. The presidential candidates must be at least 50 years old (previously 45).

The new constitution strengthens the prime minister, he can elect and dismiss ministers, before each minister had to be individually approved by the state assembly.

According to constructmaterials, the judiciary is one of the elements of the separation of powers in Mongolia, alongside the Grand State Assembly (legislature) and government (executive). Through the Supreme Court, the Aimag, Sum and City District Courts and the Capital Court, it is to monitor compliance with the law independently and without outside interference. The constitutional court, consisting of nine judges, is responsible for constitutional matters.

The reforms of the criminal, civil and administrative jurisdiction have resulted in significantly more legal certainty over the past ten years, but are still not completed. 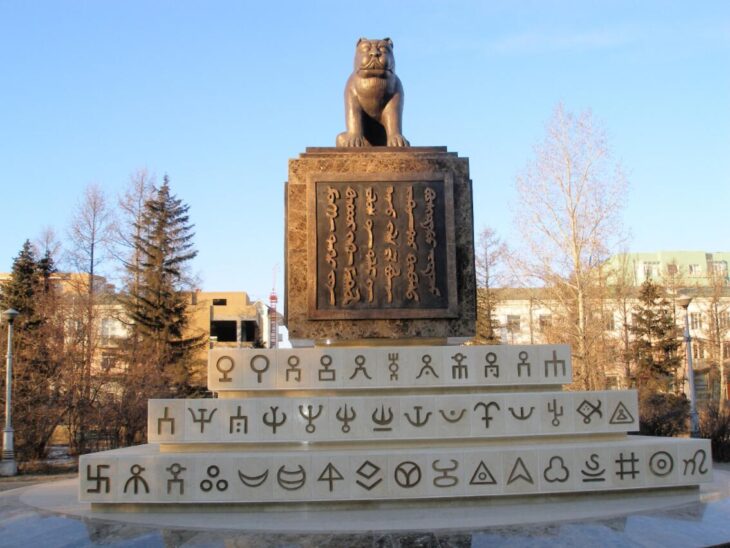 In the municipal elections every four years, the local citizens’ assemblies of the Aimags, Sums and Duuregs are elected. These elect their respective chairpersons or governors, who must be confirmed by the chairperson of the higher-level unit.

The Mongolian state flag is divided into three equally wide vertical stripes in red, blue and red. Blue stands for the Eternal Sky – the national color of the Mongols, who also derive their origin from the sky. Today red symbolizes progress and prosperity. The golden Soyombo symbol on the flagpole-side strip was created in the 17th century as a symbol of the anti-Manchurian liberation struggle of the Mongols. On the occasion of the proclamation of the Mongolian People’s Republic in 1924, the Soyombo was declared the national coat of arms and additionally crowned with a five-pointed star. The three flames embody the prosperity of the Mongols in the past, present and future. The sun and crescent moon stand for mother and father, prosperity and progress, the bars for victory over the enemy. The triangles with the points pointing downwards express the Mongols’ love for peace on the one hand, and the willingness to defend freedom and independence on the other. The rectangles symbolize honesty, justice and generosity, ying and yang on the one hand the duality of the natural elements, fire and water, earth and sky as well as man and woman, and on the other hand constant vigilance.

With the adoption of the democratic constitution on January 13, 1992, the star was removed.

The coat of arms of Mongolia has a circular shape and a foot in the shape of a white lotus flower, which stands for purity, loyalty and harmony. The circle is surrounded by the traditional, infinitely intertwined knot – ulzii – symbol of happiness and well-being. The base is blue like the Eternal Blue Sky, the wind horse in the middle in combination with the Soyombo as saddle and bridle embodies independence and sovereignty, the three gemstones on the upper edge past, present and future. The wheel of teaching, interwoven with a sky-blue khadag (honor scarf), stands for awe, respect and religion. The green pattern behind it symbolizes mother earth.