With the adoption of the first democratic constitution on February 12, 1992, the MPs sealed their departure from one-party rule and the centrally planned economy. The Great People’s Assembly became the Great State Assembly, the number of members was limited to 76, the country name MVR was changed to Mongolia (Mongol Uls).

In the elections to the Grand State Assembly based on majority voting in June 1992, the MRVP won 71 of the 76 seats and reform policy came to a standstill for the time being.

The turn to the ancient history and traditional culture of the Mongols did not stall. Declared persona non grata in his own country during the socialist period, Chinggis-Khaan celebrated a veritable resurrection as the founder of the state. What previously applied to D. Sukhbaatar, to be the national hero admired by everyone, namesake for schools, cities, sums and aimags, has now been carried over to Chinggis-Khaan. Renaming of the central square, renaming of the airfield, construction of monuments and – Sukhbaatar was spared that – numerous types of beer and schnapps now bear the name Chinggis-Khaans.

According to computergees, Dendeviin Terbishdagva, former member of the Grand State Assembly, company founder, former ambassador to Germany, former deputy agriculture minister, former deputy prime minister was not exactly bubbling over with optimism when he spoke in 2018 about the current economic and political situation in Mongolia.

“But we have clever people, a beautiful country with spectacular landscapes, with lakes, rivers, mountains, with wild animals and our tavan khoshuu mal, our five animal species: sheep, goats, horses, camels and cattle.

We have all the prerequisites for the development of high-quality products from livestock farming and mining.

We Mongols are an old people with a long, varied history and a diverse, impressive culture.

In ten years we could be a rich, modern country. However, we should finally say goodbye to “anarchism”.

Our political system urgently needs to be renewed.

In contrast to President Battulga, Terbishdagva does not plead for the introduction of a presidential system, but for the strengthening of parliamentary democracy.

The president, government and state assembly should no longer block each other out on important decisions or projects.

Our current problems did not arise in a day. “We have made a lot of mistakes since 1990”.

We have had many foreign advisors who have given us wrong advice.

Our country, our mentality, our history, our culture were uncharted territory for them.

Basically, they prescribed shock therapy for us.

And we were enthusiastic, heard the beautiful words about democracy and freedom, opportunities opened up that we had not even dreamed of.

We wanted to build the new society very quickly. In the past, “capitalism was only bad, then only good”.

Everything that had been built up and achieved in 70 years of socialism was no longer valid.

Our large companies, which were built up with foreign aid, were torn down or privatized, and well-trained specialists ended up on the streets.

Only a few became rich in the process, and the mining licenses, which had suddenly become extremely valuable, also only benefited a few.

With the money they made politics and often became politicians themselves.

But the worst of all was the fact that highly qualified professionals suddenly found themselves unemployed and turned to “trade and change”.

The rapid privatization of cattle herds and the takeover of large herds by inexperienced teachers, doctors, locksmiths… who had become unemployed in their professions had not necessarily had only positive effects.

At that time, the townspeople moved to the countryside, then it was the other way around, now it’s more towards the city again.

Of course, we ourselves also bear a fair amount of guilt. In the first years after the dissolution of the old social conditions, not a few believed that democracy meant “everyone can do what he wants” and that the market economy is nothing more than “trade and change”.

Constructive conflict resolution and a culture of discussion emerged only very gradually, the competitor or competitor, political or business, is made “bad”, slandered, to which the anonymity in social media contributes to a far greater extent than it used to be was.

Of course, some things have also developed positively in recent years, which is already visible in the cityscape of Ulaanbaatar, people have become more mobile, can travel through their home country and even abroad.

But poverty and unemployment rates are not falling sustainably.

The promotion of small and medium-sized businesses, the backbone of every economy, stagnates and when new businesses emerge, there is a shortage of workers, said Terbishdagva at the end of his remarks. 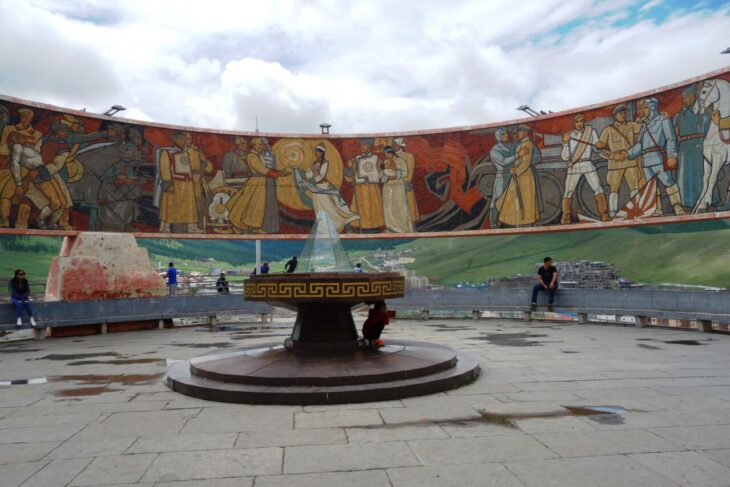