According to the constitution, the main tasks of the government and the party were to destroy the remnants of the old, reactionary order and to consolidate the Araten rule. The land, forests, waterways and all other riches of the land were declared social property. The constitution also enshrined the separation of church and state.

From then on, the MVR and the Mongolian society developed on the model of the Soviet Union.

Objection was not tolerated. The first party purge in 1922, among others, the co-founder of the MVP D. Bodoo fell victim – because of “promonarchist activities”. He died from the bullets of an execution squad. In 1924, before the founding of the MVR, the same fate had befallen party chairman S. Danzan.

In the 1930’s the situation came to a head. Resistance to the policies of the MRVP culminated in an uprising in 1932 that hit not only the monasteries but large parts of the country. By 1938 the Mongolian army, supported by Red Army units, destroyed 700 of the 750 Lamaist monasteries, lamas that did not surrender were murdered, but members of the party, members of the Mongolian armed forces, intellectuals and artists also fell victim to the terror.

In 1939 units of the Soviet Army together with Mongolian soldiers defeated Japanese troop units on Khalkhyn Gol in eastern Mongolia, during World War II the MVR also stood on the side of the USSR.

The entire economy of the country, which was just beginning to recover, was converted to a war economy. The Mongols support the Red Army with food, live cattle, winter clothing, riding horses and with the equipment of an air squadron and a tank regiment.

After the war, Mongolia became one of the USSR’s most loyal satellite states. According to computerannals, Mongolia and the other socialist states of Europe supported the MVR in the construction of a modern education and health system, in the industrialization and the improvement of the infrastructure.

Under international law, the MVR was still under the suzerainty of China. In a referendum in October 1945, 100 percent of the almost 495,000 eligible voters voted for independence from China. In January 1946, China recognized the MVR as an independent, autonomous state.

At the beginning of the 1960’s, the collectivization of the cattle herds was complete, the free nomads united in cooperatives. With the help of the Comecon countries, companies in the light and food industry, the production of building materials, the mining of coal was promoted, the search for mineral resources intensified.

Nevertheless, political and economic stagnation could not be prevented. The productivity of the structure-determining livestock industry was low, the need for food and services could not be met, and quantity could not replace quality in health and education.

The collapse of the current balance of power in the Eastern European partner countries of the MVR and the decline of the USSR since the beginning of the 1980’s forced the country to reorganize its economic and foreign policy relations.

In February / March 1990, almost 100,000 demonstrators gathered at minus 30 degrees on Sukhbaatar Square, the central square not only in Ulaanbaatar, but in all of Mongolia. With a sensational hunger strike, they emphasized their loud demands for freedom and democracy.

The General Secretary of the MRVP, J. Batmunkh, forbade the army to intervene, thus preventing a bloodbath. The Politburo resigned in March. After the “Democratic Movement of Mongolia” other parties and movements were founded in quick succession. On July 29, 1990, the first free elections to the Great People’s Assembly took place.

The MRVP, using its experience and infrastructure, won by a large margin – 358 seats, while the Democrats won 23, the Progress Party six, the Social Democrats four, the Free Labor Party and independent candidates 38 seats – the time of autocracy and lack of control was over.

Punselmaagiin Ochirbat was elected chairman of the popular assembly and shortly afterwards to the newly created office of president of the MVR.

The first parliament was initially a two-chamber parliament: the Great People’s Assembly and the Small State Assembly, to which a total of 50 members belonged.

A grand coalition ruled until 1992, which set the course for the transformation to democracy and a market economy. The two-chamber parliament became the Grand State Assembly with 76 members, who were directly elected until 2008.

Mongolia has been a member of the IMF, the World Bank and the Asian Development Bank since 1991.

The radical changes in all areas of politics, economy and society revealed the true extent of the previous mismanagement. The collapse of industrial production, mass unemployment, inflation, and the need to issue ration cards have made many hope for a better quality of life wan. 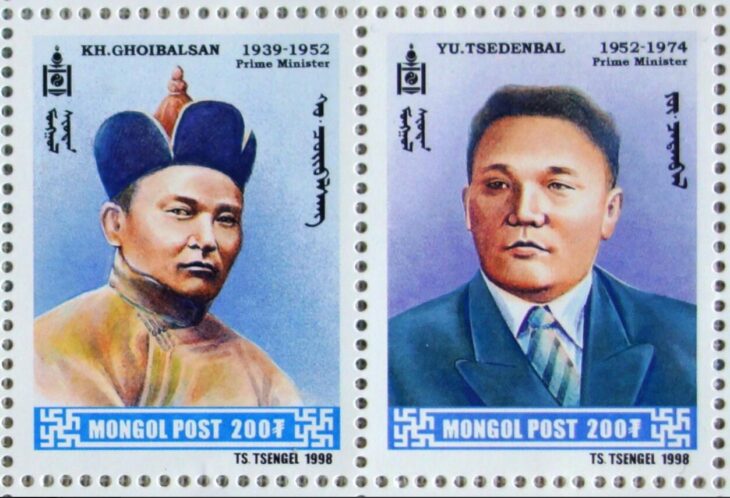