Immigration of Jews from many countries has created the basis for a new and multifaceted development of music. Composers such as Emanuel Amiram, Sarah Levy, Menashe Ravina, David Sambursky and Jehuda Sharett (eg. Shertok) followed the Eastern European traditions of the circle around Joel Engel (The Society of Jewish Folk Music of 1908). A later generation, characterized by Western European style development from the 1920s, created a rich literature that encompasses all fields: opera, oratory, symphonic music, chamber music. Of these, composers such as Alexander Boscovitch, Israel Brandmann, Marc Lawry, Joachim Stuchevsky and Jacob Weinberg were strongly associated with traditional East Jewish folklore, while Mevahem Avidom, Hanoch (Heinrich) Jacoby, Josef Kaminski, Karel Solomon, Erich Walter Sternberg – each from their individual European background – reached a new Israeli tone, also called the Mediterranean style. Some of them deliberately used style elements from the music of the Oriental and North African Jews. The most notable names of this generation are Paul Ben-Haim and the somewhat younger Oedon Partos and Josef Tal. The latter, in his later works, is heavily concerned with electronic means. 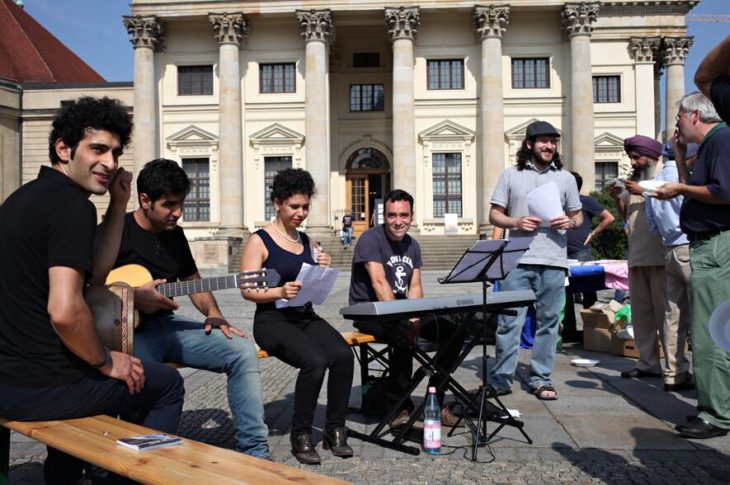 The first music school was founded in Tel Aviv in 1910; others followed after 1914 and 1917 (Jerusalem). The first opera company was started in 1923. In 1924 the first choir and concert associations were formed. The Institute for the Distribution of Music in the People (founded in 1926) was of particular importance to the folk song and musical performance of the workers in the cities and in the countryside.

The Israel Philharmonic Orchestra (IPO) was founded in 1936 and has won international acclaim. The country’s radio station in Jerusalem, Kol Israel, has its own orchestra. There are symphony orchestras, youth orchestras, music schools, conservatories etc. in several cities.