Nuclear power has been an important part of the electricity supply in Armenia since 1977. The country has a nuclear reactor in operation that contributes to more than 30 percent of the country’s electricity generation. New reactor is scheduled to be operational by 2027.

In 2016, nuclear power accounted for 33 per cent (2.4 TWh) of the country’s total electrical energy production of 7.3 TWh. Other power generation was hydropower (33 per cent) and gas power (35 per cent). Electricity consumption per capita is around 2600 kWh per year. The main primary energy source in the country is natural gas imported from Russia.

The country’s only nuclear power plant is located at Metsamor, about 30 kilometers from the capital Yerevan. Two Russian-built VVER reactors were constructed and commissioned in 1977 and 1980, respectively. The power plant is located in an area subject to seismic activity and the reactors were modified for this purpose. Authorities aimed to expand the power plant with two more reactors, but these plans were shelved after the Chernobyl reactor accident.

In December 1988, Armenia suffered a severe earthquake, causing 25,000 deaths. The epicenter was located in the northwest of the country, 75 kilometers from the power plant. The power plant was not damaged and the operation proceeded normally, but afterwards it was decided to shut down both reactors. The purpose was to make a new safety assessment of the reactors’ vulnerability to seismic activity.

The first reactor was finally permanently shut down and is now closed (decommissioned) after 13 years of operation. For financial reasons, it was decided to start the second reactor, which came into operation in 1995 after being closed for over 6 years. Since then, the IAEA has helped improve the safety of the facility. 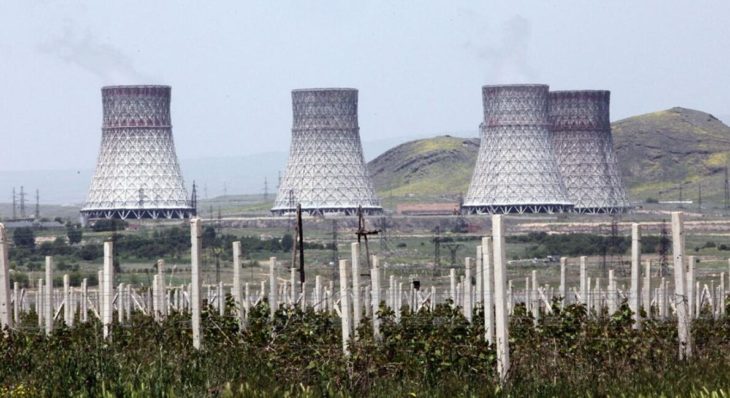 The Metsamor power plant is a concern for the EU and for neighboring Turkey, which is only 16 kilometers away. The authorities are therefore subject to pressure to shut down the power plant. It was initially planned to shut down the reactor in 2016, but since the country is very dependent on this power plant, Armenia wants to maintain its operation until a new reactor is in place. In cooperation with Russia, the reactor is now being upgraded to a 10-year extension.

After several years of plans and preparations, an agreement has now been reached with Russia to build a new reactor of type VVER-1000, model V-392. Russia will assist with the financing and will also act as part owner of the power plant. The power plant is expected to be operational by 2027.