Bangladesh has no nuclear power plants in operation, but two nuclear reactors are under construction. The first is expected to come into operation from 2023. The country’s consumption of electrical energy is increasing strongly, with annual growth of around seven per cent in recent years. Still, 20 percent of the population is without power supply.

Bangladesh has long been a prominent agricultural country with a low consumption of electrical energy. In 2016, electricity generation was 64 TWh. Electricity consumption per capita is around 375 kWh.

Domestic power generation is mainly based on the use of natural gas, which in 2016 amounted to 53 TWh, while oil accounted for 10 TWh. The total production capacity in 2018 was 18.8 GW e, supplemented by an import option of West Bengal of 500 MW. 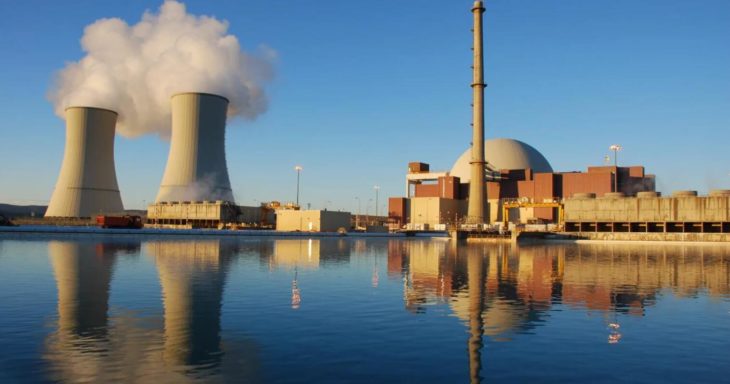 An increasing degree of industrialization means that electricity consumption is now rising rapidly. In recent years, annual growth has been seven per cent, but still 20 per cent of the population is without electricity, and those connected to the electricity grid also experience frequent power outages. According to the Government’s long-term plan, which was updated in 2016, production capacity will be increased to 40 GWe by 2030 and 60 GWe by 2041. The first contribution from nuclear power is expected to be phased in by 2023, and is planned to increase to 7 GWe by 2041. Otherwise, power generation will be based on domestic coal (30 per cent), imported coal (20 per cent) and natural gas including LNG (25 per cent), but it is also assumed that some electrical energy must be imported.

Use of nuclear energy

The plans to build a nuclear power plant date back to the 1960s. After Bangladesh became an independent state, the Bangladesh Atomic Energy Commission (BAEC) was established in 1973. The country has also joined the Non-Proliferation Agreement NPT. In the first plans presented, Ruppur (Rooppur) was designated as a suitable site for building a nuclear power plant. The place is located in Pabna district, 200 kilometers north of Dhaka. A power plant with a capacity of 125 MWe was approved in 1980, but was never realized. In addition, with increasing demand, it became necessary to increase the size of the power plant.

In 2005, a collaboration was started with China, and in 2007 BAEC proposed to build two 500 MWe reactors to be ready in 2015. Offers of financial and technical support to build a new nuclear power plant also came from Russia and South Korea, and In May 2009, a comprehensive cooperation agreement was signed with Russia on civilian nuclear energy utilization, and a proposal to build two new reactors in the order of 1,000 MWe. The development project went to the Russian energy company Rosatom, which signed the agreement in February 2011. The reactors will be of the VVER-1200 type, which is a third generation nuclear reactor with a gross output of 1,200 MWe. Construction work on the first reactor started in November 2017, and work on the second reactor started in July 2018. The reactors are delivered as a turnkey plant, and Rosatom will assume the main responsibility for the operation of the reactors in the first years. Later, operational responsibility is intended to be transferred to BAEC.