Japan lies between 24 ° ( Ryukyu Islands ) and 45 ° 40ʹ north latitude and between 123 ° and 146 ° east longitude. The archipelago is separated from the Asian mainland by the Japan Sea and the 200-kilometer-wide Tsushima and Korea Strait. The Okhotian Sea and the La Pérouse Strait divide the island of Sakhalin, which belongs to Russia, to the north.

The east and south coasts of the islands face the Pacific. Japan consists of the four main islands of Honshu, Hokkaido, Kyushu and Shikoku – as well as nearly 3500 smaller islands and islets. From the north to the south, the islands span a distance of 3000 kilometers. 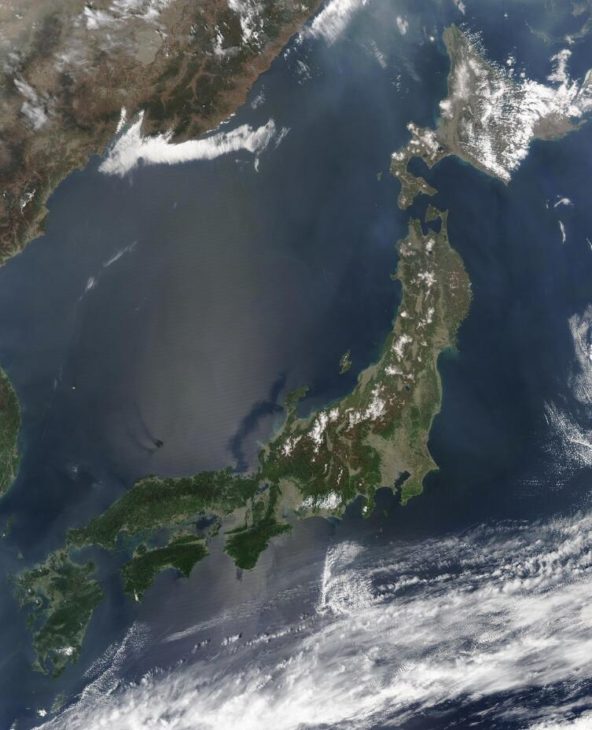 Japan is part of the arc-shaped zones along the east side of Asia formed by a collision between the Pacific plate, moving west and the Eurasian plate, moving east. It is made up of deposits from Silur to Tertiary, and of volcanic rocks from the same times. 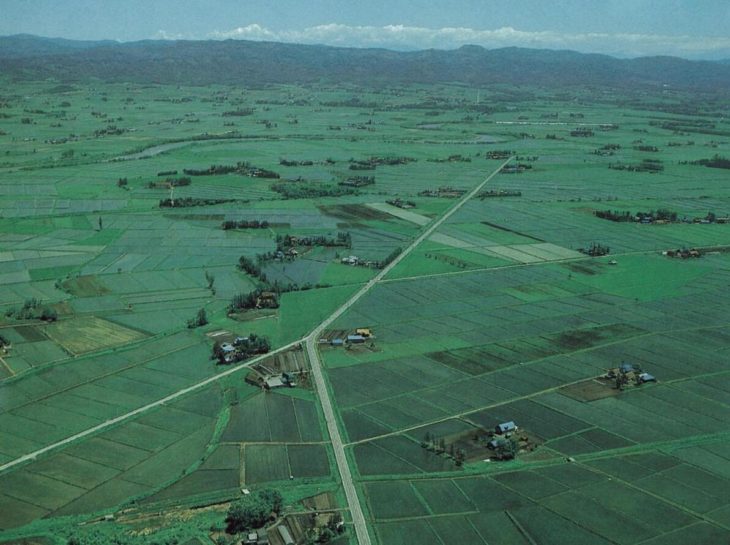 Hokkaido. Rice cultivation. Rice is one of the island’s most important agricultural products.

The current limitation of the eyes is due to recent crustal movements. Japan has significant seismic activity and is one of the most active areas in the Earth’s crust. About 1,500 earthquakes occur annually. There are nearly 200 active volcanoes, and volcanic deposits cover nearly 25 percent of the country’s surface. Both on Hokkaido, northern and central Honshu and on southern Kyushu there are large areas of active volcanoes, hot springs and geysers. The great depths off the coast of Japan are also frequently exposed to earthquakes and can create devastating tsunamis.

Throughout Japan, the complicated folds and faults have created a complex mosaic of landforms. All the islands are mountainous, but particularly prominent mountain areas have arisen in places where several folding arches run together. Through central Honshu, Japanese Alps with several peaks over 3000 meters above sea level. The highest and most famous of all Japanese mountains is Fuji-san (3776 meters above sea level), southwest of Tokyo. 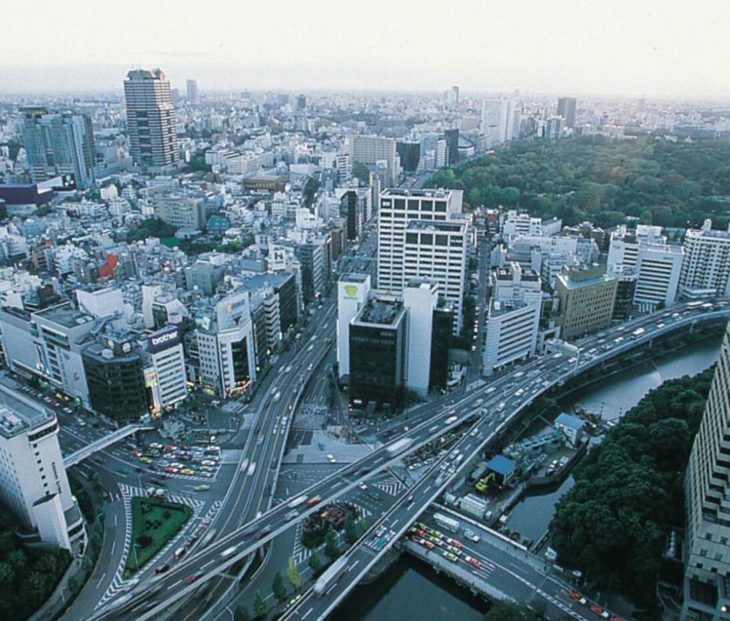 Most of Tokyo’s population lives in large urban centers outside the inner city core, which is dominated by dense business buildings. A fairly large proportion of workers have more than three hours of daily travel to work in central Tokyo. The large transport of goods and goods causes considerable pressure on the city’s transport network. Both the subway network and the road network are well developed.

The coastline has a total length of 27,200 kilometers. Along the Pacific and Inland Sea (Setonaikai) are low coastal and river plains. The largest of these is the Kantosletta which covers an area of ​​over 15,000 square kilometers.