According to Countryaah, Southeast Asia is the south and east part of Asian continent. This page lists and introduces major newspapers in the countries of Cambodia, East Timor, Indonesia, Laos, Malaysia, Myanmar, Singapore, Thailand, and Vietnam.

Mass media in Cambodia, 10 national daily newspapers on Khmer are published in Cambodia; all but one are published in Phnom Penh. The largest, Rasmei Kampuchea (the light of Cambodia, founded in 1993) has a circulation of approx. In addition, there are a number of weekly newspapers and magazines. The English-language newspapers The Cambodia Daily (founded in 1993) and Phnom Penh Post (founded in 1992, daily newspaper from 2008) both publish in the capital six days a week. In 1995, the government introduced a press law that allows journalists to be penalized for writing articles that threaten the country’s national security and stability.

Cambodia’s national radio, established in 1978, Vithyu Cheat Kampuchea, is controlled by the Ministry of Press and Information. It has domestic broadcasts on Khmer, in addition to international broadcasts on e.g. English, French, Vietnamese, Lao and Thai. In 1991, the party FUNCINPEC established its own radio station, Ta Promh, and in 1994 the defense started its own radio channel. With the help of Vietnam, Cambodia got its own state television channel in 1983, Television Kampuchea (TVK). In addition, there are five other television channels. 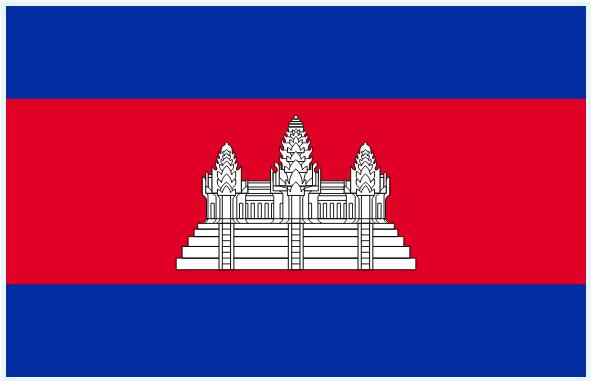 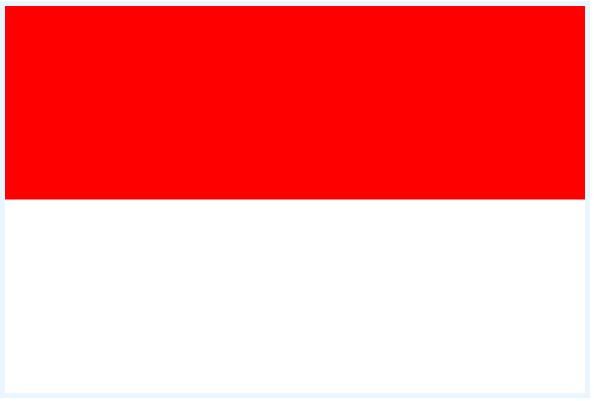 Laos has very little newspaper coverage. There are only two daily newspapers. The largest is the ruling Communist Party’s main body, published by the party’s central committee, Pasason (The People), with a circulation of 28,000. The second daily newspaper is Vientiane Mai, published by the party’s committee for the Vientiane region (circulation 2,500). Otherwise, several weekly and monthly newspapers and magazines are published; most are bodies for various organizations such as trade unions, women’s organizations, the army, etc., all controlled by the party.

The radio and television are state owned. The radio broadcasts one national program and several local programs. Lao National Radio (founded in 1951) broadcasts on Lao, French, Thai and Khmer A state television channel was opened in 1983, from 1988 it has aired in two channels. In 1993, Laos signed an agreement with a Thai company to develop the country’s broadcasting service. This resulted in in a new company (Laos television 3), jointly owned by the state and the Thai company. It operates the cable TV channel IBC Channel 3. 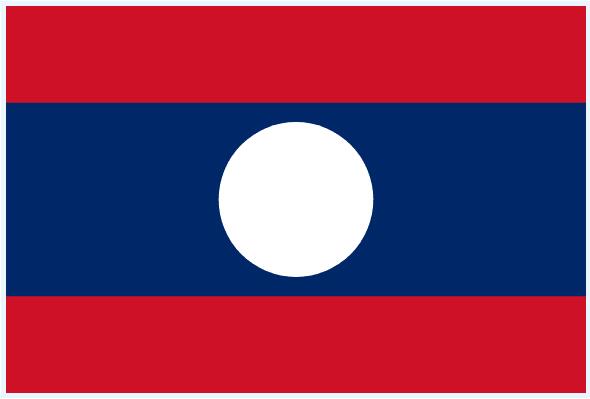 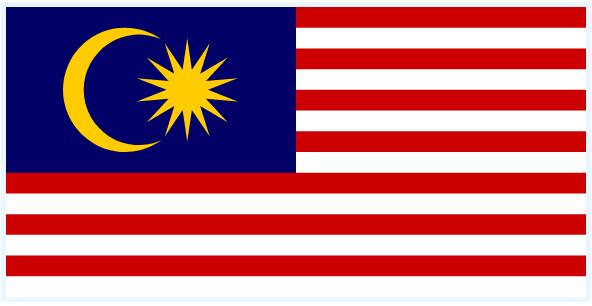 Mass media in Myanmar is characterized by strong state control. Only two of the country’s five daily newspapers state circulation figures, both of which are bodies for the Junta (SPDC). The largest is the newspaper Myanmar Alin, with a circulation of approx. 400,000, the other, New Light of Myanmar has a circulation of approx. 14,000. The state broadcaster (MTRD) broadcasts radio and television programs in English, Burmese and local minority languages. The opposition in the country has had daily broadcasts from Norway to Myanmar since 1992.

The press in Singapore has been controlled by the government since 1974. In 1986, the Press Act was amended so that the authorities could also stop the sale of foreign newspapers and publications if they contained undesirable substance about the domestic political situation. In 1990, compulsory licensing was introduced for foreign publications. In addition, Internet access is regulated and private satellite dishes are not allowed. The media is dominated by two major holding companies: Singapore Press Holdings, which has close ties to the state party, and in practice the monopoly in the press; Media Corp, which is owned by a state-owned investment company, operates radio and television. In 2005, these companies merged their independent radio and newspaper businesses.

There are 10 daily newspapers in English, Chinese, Malay and Tamil. Largest are the free newspaper Today (published 2000, circulation 2003: approximately 250 000-300 000), The Straits Times (circulation: 280 600) and Lianhe Zaobao (200 700). In addition, two Sunday newspapers and two weekly newspapers are published, and there are a number of journals and magazines in different languages.

The Media Development Authority authorities regulate the radio and television activities in the city state. In 1994, the former state broadcaster was privatized and transformed into a holding company, Singapore International Media (SIM), now Media Corp, which operates the entertainment-based TV channels Channel 5 and Channel 8, the Malay channel Suria, the Chinese-language Channel U and Channel News Asia. In addition, the company operates dozens of radio stations, including 938 Live news and discussion channel, music stations and Chinese, Malay and Indian stations. Radio Singapore International, also owned by Media Corp, is a radio station that broadcasts abroad. It has broadcasts in four languages, including English. 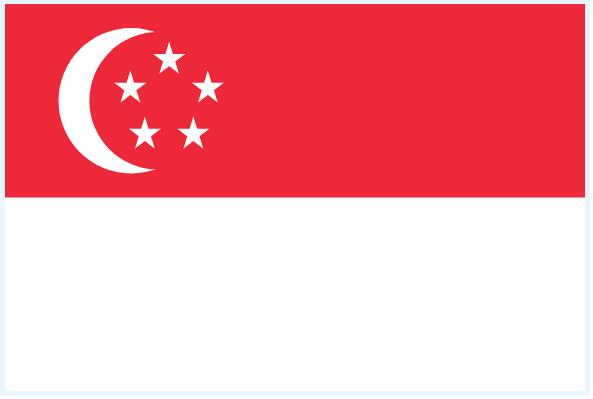 Thailand introduced a law on press censorship in 1976. This law was repealed in 1991, but it still controls the government and the military almost all nationwide, terrestrial television networks and operates many of the country’s radio stations. The press is free to criticize the government’s policies, corruption, human rights violations, etc., but when it comes to the military, the royal house, the courts and other sensitive issues, a great deal of self-censorship is exercised.

Thailand has 22 daily newspapers (2004) which are printed in either Thai (14), Chinese (4) or English (4). The largest is the conservative Thai Rath (about 800,000). The Thai press is highly concentrated in the capital Bangkok.

The main broadcasting companies are state. Radio Thailand broadcasts three domestic programs in addition to international broadcasts. But there are a large number of private radio stations, only in and around Bangkok there are approx. 60. The first television broadcaster in Bangkok started operations in 1954. Eight state and private companies operate television channels, two of them controlled by the army, four of them by the state. 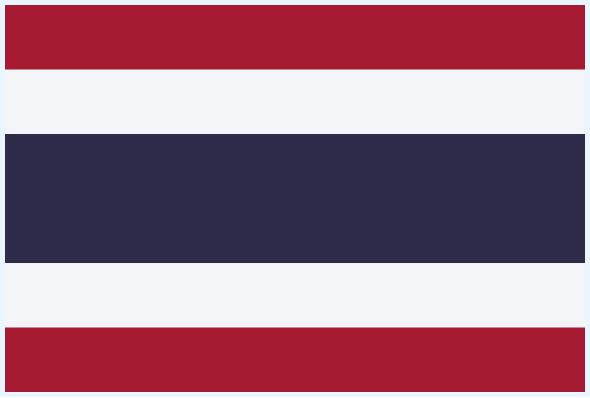 East Timor has two daily newspapers, both founded in 2000, Suara Timor Lorosae and Timor Post (circulation approx. 600). In addition, there are some newspapers that come less frequently, an official message magazine and a free newspaper. All publications arrive in Dili. – In 2003, the new government took over UNMISET’s radio and television business and established a public broadcasting company. Radio Timor-Leste (RTL), originally Radio UNTAET, covers 90% of the population and broadcasts mainly in Indonesian, but also in English, Portuguese and Tetum. In addition, there are 18 radio stations, including local radio stations in all of the country’s 13 districts. TV Timor-Leste (TVTL) was started as Televisaun Timor Lorosa’e by UNTAET in 2000, but changed its name in 2002. The broadcasts are in Portuguese and Tetum. 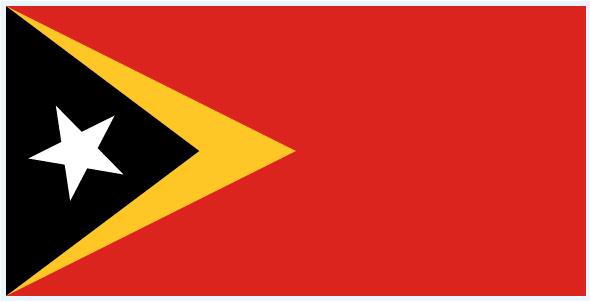 There are 11 daily newspapers published in Vietnam, nine in Hanoi and two in Ho Chi Minh City. The Hanoi newspaper Viet Nam News (circulation 60,000) and Saigon Times are published in both English and Vietnamese. The largest party organization is Nhan Dan (The People, circulation 180,000). Among the journals are the writer’s association Van Nghe and the English-language business organization Vietnam Investment Review.

The state radio company Vietnam’s Voice has five domestic broadcasts in Vietnamese. International programs in English and seven other languages. Television broadcasts started in South Vietnam in 1966 and in North Vietnam in 1970. The state television company broadcasts programs from Hanoi via satellite to the entire country and other parts of Asia in Vietnamese, French and English. There are also a large number of local radios and local television stations, all subject to the Ministry of Information.

There is no freedom of the press in Vietnam. The Communist Party has a firm grip on the media through the State Department of Information, established in 1987, which coordinates the control of the press, radio and television. Freer press activities were encouraged in the 1980’s, among other things, to bring about corruption, but the collapse of the Soviet Union and student demonstrations in China in 1989 (in the Tiananmen Square) caused Vietnamese communist leaders to tighten again in the 1990’s. A number of publications have been stopped. Under a 2006 regulation, journalists could be fined for “denying revolutionary progress”, disseminating “malicious information” or ” reactionary ideology.”

Prior censorship is not exercised, but journalists are responsible for what they write. Self-censorship is therefore widespread. No deeper regime-critical debate is allowed, though it has opened to sharper publicity about corruption and abuse of power since the turn of the millennium. Nevertheless, dozens of people have been punished with imprisonment for what they have written, not least when publishing on the Internet. The authorities are blocking access to certain websites and blogs on the internet. Despite state control, the Internet has become an increasingly important medium for democracy activists. 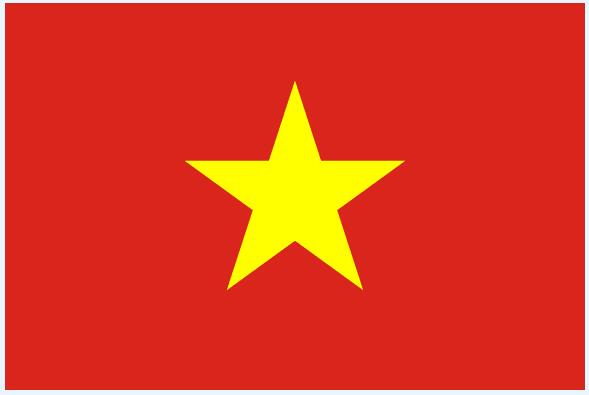