Freedom of religion is guaranteed in the Constitution and respected in practice. Nearly all East Timorans are Catholics, but there are also small groups of Protestants, Muslims, Hindus and Buddhists. Traditional indigenous religions are also practiced.

Islam came to the area with immigrant Indonesians, mainly during the 1990s. Many in the Chinese minority profess Buddhism. Ancestral worship, belief in nature spirits, and rituals linked to the changes of agriculture are common, as is a mixture of Christianity and such beliefs. 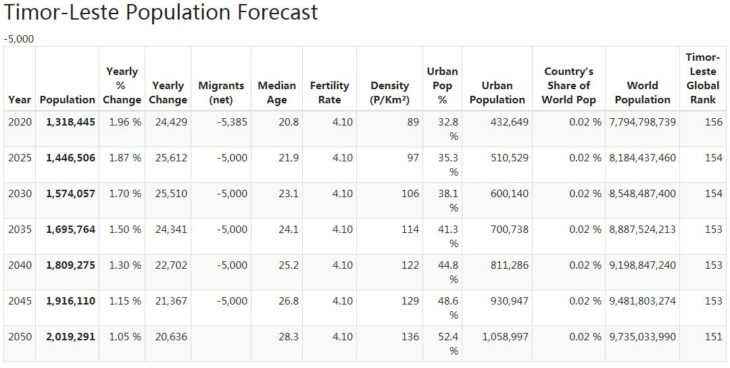 The Catholic faith is an important part of East Timorese national identity, which emerged during the Indonesian occupation of 1975–1999. The local Catholic Church, with Dili’s then-bishop Carlos Filipe Ximenes Belo at the head, was an important player in the resistance to the occupation power and in the fight for human rights. Belo criticized the brutality and oppression used by Indonesia at the same time as an outspoken advocate for resistance under the non-violence principle. Bishop Belo received the Nobel Peace Prize in 1996 for his efforts. He left the bishop’s office in 2002 for health reasons.

An Australian former intelligence agent, called “Witness K,” unexpectedly admits that he was the one who leaked the information that Australia was intercepting East Timorese civil servants for years, including in connection with the offshore border conflict (see also May 2015).

An agreement is signed by the East Timorese government and the two oil companies ConocoPhilips (USA) and Shell (Netherlands) on the distribution of shares in the Greater Sunrise gas field. East Timor becomes the majority owner with 56.6 percent of the shares. Gas exports are expected to start in 2026.