According to Countryaah, Southern Asia is the south part of Asian continent. This page lists and introduces major newspapers in the countries of Afghanistan, Bangladesh, Maldives, Nepal, Pakistan and Sri Lanka.

The biggest broadcasters are Radio Bangladesh and Bangladesh Television (BTV). Both are state-owned and government-friendly. The programs are mainly broadcast in Bengali and English, but there are also broadcasts in Arabic, Hindi, Nepali and Urdu.

TV is the most popular medium and BTV covers the entire country. Satellite and cable TV are popular and Indian TV stations have a large audience. Most newspapers are private and independent. The biggest newspapers are published in Dhaka.

English-language newspapers are mainly read by residents of the major cities. There is a tendency for the media to be polarized and support various political factions.

About 67 million inhabitants use the Internet, and most of them have Internet access via mobile phone. There is free access to use the internet, but there have been restrictions from the authorities when it comes to access to social media. Some bloggers and users of social media have been arrested and blamed for blasphemy. 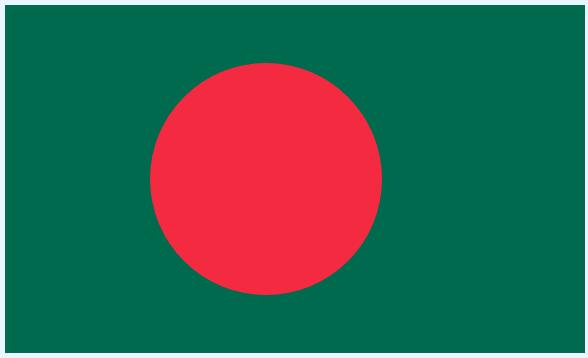 Mass media in the Maldives

Freedom of the press is limited in the Maldives and there have been episodes where journalists in private media have experienced violence and threats because of their journalistic work.

In 2016, a law was introduced that made defamation illegal. On the basis of this law, the authorities have fined and closed down certain media. 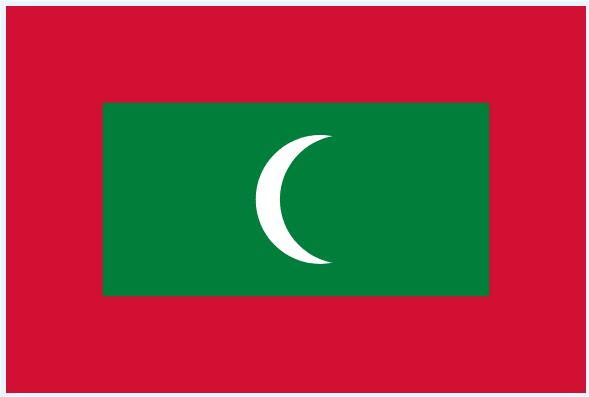 Nepal has a large number of local radio stations scattered throughout the country and these are important for the access of information to a large proportion of the country’s population. Many live in difficult to reach areas and approx. 40 percent of the population is illiterate (2018).

All newspapers (except the state-owned ones) are today (2018) free and professional media, while there are several weekly newspapers with political affiliation. Many of the local radio channels, TV channels and online newspapers are owned by political interest groups

The spread of printed newspapers mainly occurs in more central areas, in the Kathmandu Valley. These newspapers have low circulation figures and low spread, due to difficult accessibility and low educational level. The newspapers, however, are of great political importance, and they help set the political agenda in the country.

Nepal has a growing number of TV channels. There are over 100 channels for a population of 29 million (2018), and most concentrate on news broadcasts.

Digital media is becoming increasingly important. An increasing number of citizens have access to the Internet, and thus to news on the Internet. This is due to both the growing popularity of social media and the availability of affordable smartphones manufactured in China or India.

Several well-known editors have started their own online newspapers. These are read by the country’s political and social elite, thus increasing the importance of digital media in the country

The state channel Radio Nepal was founded in 1951. The channel has broadcasts in Nepali and English in addition to approx. 20 regional languages. Television broadcasts started in 1986 and the state-run Nepalese Television Corporation broadcasts in two channels. From 1994, it became possible to catch satellite television in Nepal. 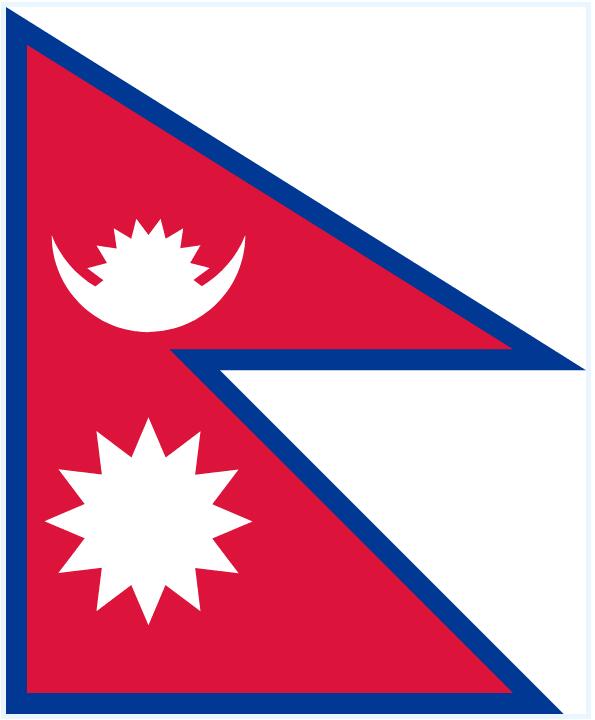 The first Urdu newspaper, Urdu Akhbar, was founded in 1836. Around 270 daily newspapers are published in Pakistan. In total, approx. 800 publications in Urdu, of which the daily newspaper Daily Jang is the largest with a circulation of approx. Other major, influential Urdu newspapers are Daily Khabrain (250,000), Nawa-i-Waqt (560,000) and Jasarat (50,000). The English-language press only reaches approx. 2% of the population, however, has great influence among politicians and academics, one of the most important being Dawn (110,000 on weekdays and 125,000 on Sundays). Freedom of the press has been limited, especially in the discussion of political issues. Under the military regime in the years following the 1977 coup, advance censorship was introduced and several opposition newspapers were forced to suspend operations. Following the reintroduction of the Constitution in 1985, the freedom of the press became effective,

Until 1990, the Ether media was run by the state-owned companies Pakistan Broadcasting Corporation (founded in 1947), which has national radio broadcasts in 22 languages ​​and Pakistan Television Corporation (founded in 1964). Since the mid-1990’s, private music radio channels have also been run in both Karachi and Islamabad. In 1990, a private television company was formed which, among other things. broadcasts CNN and BBC news broadcasts to major cities. In the case of television, too, private companies and companies in which the state and private are part-owners have arrived, in 2004 the number was five. 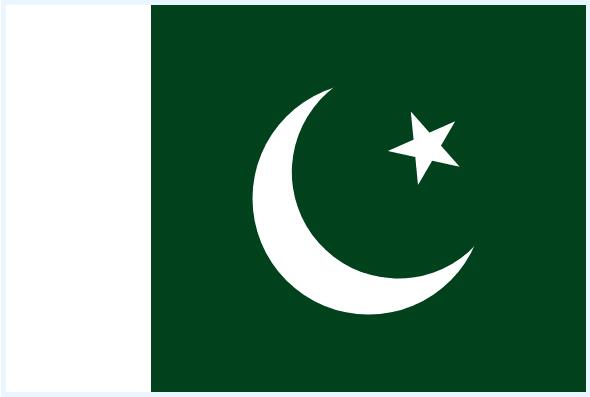 Sri Lanka’s mass media largely follows linguistic and ethnic divides, and there are both state and private media players. Many of the major media players are state-owned, including two TV stations and several radio stations, run by the Sri Lanka Broadcasting Corporation (SLBC) and several newspapers in Sinhalese, Tamil and English.

Sri Lanka also has a number of private radio and television channels. The private channels are often active participants in political debates and critical of government policy.

During the civil war in Sri Lanka (1983–2009), journalists were very unsafe, and there were many cases of violence against journalists and violations of freedom of expression. During this period, Sri Lanka was described as one of the most dangerous places in the world for journalists.

The state of emergency was abolished in 2011, but cases of murder of journalists, threats and censorship have nevertheless been reported in the years after.

Online news is becoming increasingly important for news distribution. In 2016, there were approximately 6 million Internet users in Sri Lanka. 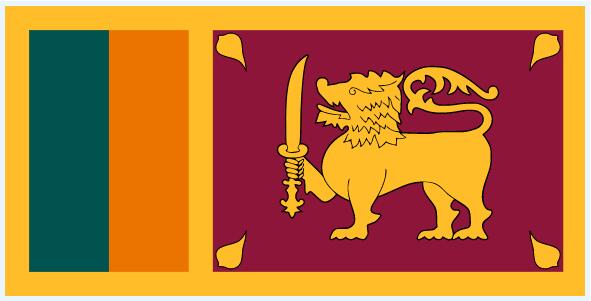 Afghanistan previously had dozens of daily newspapers as well as a number of periodicals. During the Civil War, most people stopped coming out on a regular basis, or entered. After the fall of the Taliban in the fall of 2001, many newspapers, magazines and magazines have resumed, or have been restarted. Most important are the three Kabul newspapers Hewad (‘homeland’, state), the state English-language newspaper, Kabul Times and the newspapers Shari’at and Hasht-e-Subh.

In the Taliban era, all types of media were under strict control of the state, television was prohibited. State Radio Afghanistan was renamed Radio Shari’a voice. After the fall of the Taliban, the media was liberated. Radio Afghanistan was restored and music, which had been banned for five years, was again broadcast. A little later, Kabul TV was restored and a woman was hired as a news reader. Afghanistan today has about twenty newspapers, radio and television stations, some independents, some owned by political groups or by units under the control of local warlords. The radio broadcasts mainly on dari and pashto; some broadcasts in other minority languages. The country’s television broadcasts were started in 1961, and color broadcasts were introduced in 1978.

After a few years of considerable leeway, since 2012, the Afghan media has increasingly experienced a narrower framework for free journalism, and both journalists and editors have been exposed to threats. The narrowing was based on a new media law of 2009; In some cases, armed invaders have sought out editorial premises in response to critical journalism. On the basis of the Media Act, in September 2013 Parliament decided to establish a separate control body, headed by the Minister of Culture and Information. The government’s argument for more control is to counter the media’s contribution to political and national instability. Media, for their part, with the support of a minority in Parliament, emphasize that their struggle for independence and integrity concerns democracy, human rights and increased freedom for civil society. The media notes that external pressure also has a gender dimension; Many female journalists find that much of the pressure is directed at them in particular. And in general, the media fears that the situation will worsen when most foreign military forces leave Afghanistan in 2014. 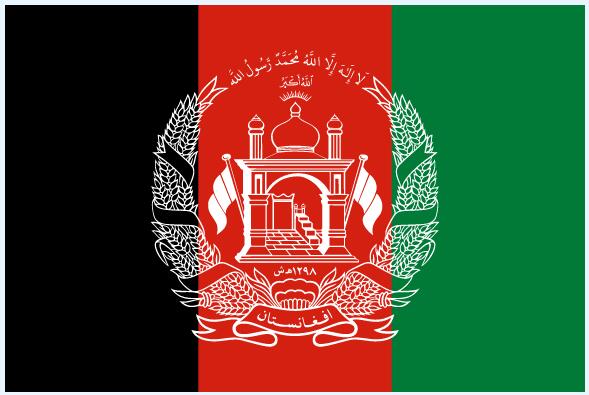