India has a diverse press. Among other things, due to a growing middle class, newspaper circulation has increased significantly in recent years (2014), and in addition to the established newspapers, some new ones have emerged. India is the largest country in South Asia.

The first Indian newspaper, the Bengal Gazette, was founded in Kolkata (Calcutta) in 1780 and published in English. The first newspaper in an Indian language, Samachar Darpan, was founded in Serampore in 1818. The 1949 Constitution guarantees freedom of the press and expression. These provisions were repealed when Indira Gandhi’s government declared the state of emergency in 1975, but reintroduced after the change of government in 1977. The country’s newspapers are published in English, Hindi and 93 other languages.

The large number of different languages, together with social and religious contradictions and caste conflicts, have made the emergence of a national and nationwide press difficult. Therefore, the English-language newspapers, which have their readers among the educated middle class in the cities, have retained their leading position after independence.

In all states there are regional magazines, which are also published in English, Hindi or local languages. Many of the newspapers in the local languages ​​were started as resistance newspapers under the British rule. They often deviate from the English language both in news coverage and editing. Hindi is now the most common newspaper language in these newspapers and magazines, followed by English and Malayalam.

India has more than 150 million households with access to television broadcasts (2014). The authorities have plans to digitize all TV transmissions in 2015.

India’s radio and television are subject to the Ministry of Information and Broadcasting, but receive advertising revenue as well as government grants. All-India Radio (AIR) is one of the world’s largest news organizations.

AIR had a monopoly on radio and television broadcasts until 1976. At that time, television was segregated as an independent entity under the name Doordarshan India.

Doordarshan, broadcasts in 20 channels, both nationally, regionally, and locally. In addition, there are large and ever-increasing numbers of privately owned TV stations. Doordarshan is believed to reach around 400 million viewers (2014).

There are more than 700 private TV channels and many of them have 24 hour broadcasts. 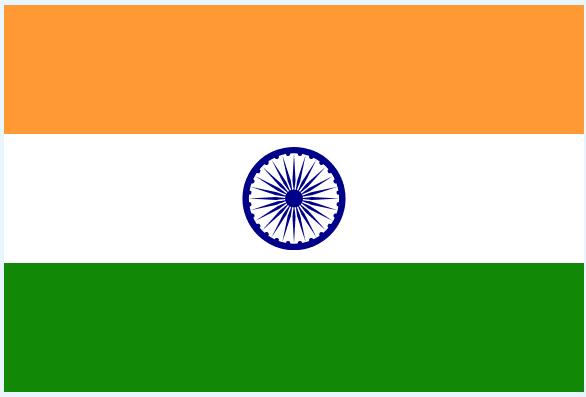