But the name of Cyprus seems to have come from its important copper mines, which has the Latin name of “cuprum”. According to Abbreviationfinder, an acronym site which also features history of Cyprus, another peculiarity of the island are the mountains covered with forests. Some qualities of Cyprus timber were required by the Egyptians to manufacture their ships. In the battle of Actium, of 31 BC, the ships of Cleopatra, who fought against Octavianus, were built with timber that the Roman shipowners had brought from the island of Cyprus.

Some excavations carried out in the old part of the capital Nicosia have revealed remains of buildings dating back over three thousand years before Christ. And from that period it seems that they were the first inhabitants of the island, of Phrygian, i.e. Indo-European, originating from Asia Minor. It has been ascertained, however, that towards the middle of the second millennium BC the island was inhabited by Greek populations.

Even Cyprus, like all areas of Asia Minor, underwent foreign conquests, so in the period before Christ:
– in 715 it was conquered by the Assyrians;
– in 535 it was occupied by the Egyptians;
– in 525 it was conquered by the Persians;
– in 332 the Cypriots made a voluntary act of submission to Alexander the Great, king of Macedonia (Greece);
– in 295 the Egyptians returned to occupy the island and remained there until the arrival of the Romans, that is, until the year 58 after Christ;
– in 47 after Christ Saint Paul and Saint Barnabas arrived on the island to propagate the Christian religion; from the mid-seventh century until 964 the island was the object of conquest by Arabs and Byzantines, who took it and took it several times;
– in 1194 the king of England, Richard the Lionheart, ceded the island to the feudal lord Guido da Lusignano, after having conquered it in 1191. The Lusignano dynasty ruled Cyprus for about 300 years;
– in 1488 it was occupied by the Venetians;
– in 1571 the Turks seized the island and dominated it for over three centuries;
– in 1878 Cyprus was conquered by England;
– in 1950 the Orthodox Church of the island called a referendum with which it was requested that the island be reunited with Greece;
– in 1959 the English, Greek and Turkish governments signed an agreement under which Cyprus, on August 16, 1960, became an independent republic;
– in 1961 Cyprus became a member of the British Commonwealth.

And the new state, independent since 1960, did not start its life in a positive way because the two ethnic groups, Greek and Turkish, instead of collaborating and promoting parallel development, continually hindered each other.

Thus the Turkish vice president Kutchuk widely used the right of veto on all political and legislative initiatives taken by the Greek president Makarios. Many armed clashes occurred and the crisis became even more acute when Makarios on November 30, 1963 proposed to amend 13 points of the Constitution. These include the abolition of the right of veto, the integration of the armed forces and the cancellation of all the mixed organizations existing in the country. The Turkish Cypriots refused to accept these variations and thus clashes and massacres took place. The United Nations sent the Blue Helmets in 1964 with the intent to restore order. The presence of these United Nations forces, which had been scheduled for three months, was still alive in 1965.

The respite was short. The then American secretary of state, Acheson, proposed the annexation of Cyprus to Greece, but with the granting of a military base to Turkey and ownership of the island of Castelrosso.

When a military dictatorship took power in Greece in 1967, nationalist extremists attacked many Turkish villages. The United Nations was once again forced to intervene. Makarios, during the peace negotiations, was accused, in 1972, of connivance with the communists and therefore exhausted. The island was invaded by the militias of Colonel Grivas, famous for the fight waged at the time against the British, who naturally applied a pro-Greece government.

On July 15, 1974 a coup d’état put an end to all controversies. The Greek head of state fled to London and was replaced by the journalist Nicos Sampson.

This change at the top, far from strengthening the military regime, overwhelmed and destroyed it. Makarios returned to Nicosia but the Turkish Cypriots did not recognize the division of the island previously offered. And the United Nations, through the secretary general of the moment, the Austrian Waldheim, returned to negotiate the future of the island in Vienna. In 1976 the issue was still unresolved and the elections took place, in duplicate.

Relaxing talks were resumed under the auspices of the United Nations.

In February 1977 an initial agreement was reached between the two leaders but then, after Makarios’s death on July 3, 1977, the Kyprianù negotiation continued. In May 1979 a second agreement stipulated that direct negotiations would take place between the two communities and then a bi-municipal federal republic would be created, with two separate administrative areas. The negotiations continued until 1981: many concessions were made, first of all, by the Turkish Cypriot, to reduce the occupied territory so as to allow the Greek Cypriot refugees to return to their areas of origin.

But not all the debated issues found a solution. The most important, that is the institutional structure of the republic, was much debated but could not be settled because, after the 1980 coup in Turkey, the socialist A. Papandreu had come to power in Greece on 18 October 1981. The two new leaders stiffened on their positions and then the Turkish Cypriots, in the areas occupied by them, unilaterally decreed the Turkish Republic of Northern Cyprus on November 15, 1983. This new Republic was recognized only by Turkey. All international organizations condemned the fact as a manifest violation of international rights.

New talks were undertaken by Kyprianù and Denktas, which lasted until mid-1984, but did not lead to any solution.

In the presidential election of 22 February 1988 the independent G. Vassiliu was elected, supported by the Communist Party. He, under the auspices of the United Nations Secretary General, resumed talks with Denktas. These, insisting on the creation of two separate states, led to a new blocking of negotiations.

In May 1990 the Turkish Cypriots strengthened their presence in the Legislative Assembly with the conquest of 35 seats out of 50, while the political elections of May 1991 in the Greek Cypriot zone saw the confirmation of the conservative party; the Communist Party was the second with 30.6% of the vote.

Since 1990, however, the Cypriot central power had made a request for entry into the European Economic Community. The self-proclaimed Turkish republic, in fear of having to give up its trade, as it is not recognized internationally, proposed a reunification with Turkey. 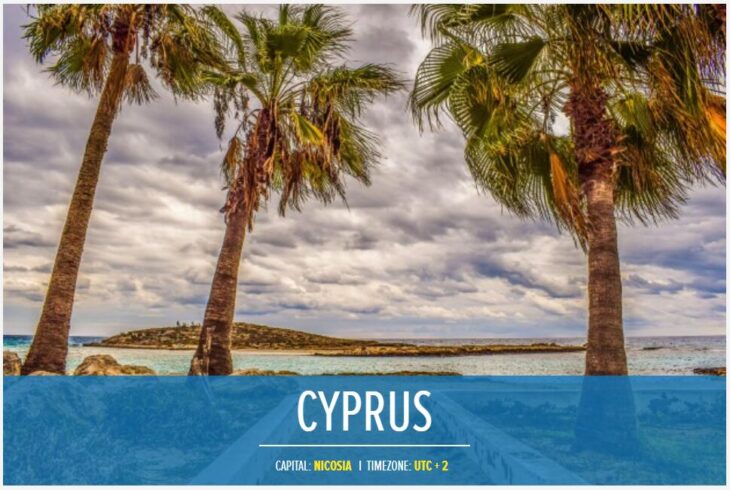 At the same time there was a tightening of the Greek Cypriot positions. Conservative President G. Klerides, elected in 1993, strengthened the island’s ties with Greece, especially in the area of ​​military security, in June 1994, then applied an austerity economic regime to create the conditions for entry to the European Economic Community, And having reached, in July 1994, a resolution by the European Court of Justice, which established the commercial isolation of the Turkish Cypriot area, was a remarkable success for Klerides’ diplomacy.

In August 1995, talks between the two communities resumed with the mediation of the United States; but also this time without anything done.

Border clashes took place in summer 1996; in 1997 Cyprus bought some surface-to-air missiles from Russia; in the same year the European Union opened negotiations with Cyprus for the entry of the island into the Union.

In February 1998, the presidential election confirmed Klerides as President of the Republic.