Economy and Business in Azerbaijan


During Soviet times, Azerbaijan was less industrialized than Armenia and Georgia and produced most raw materials for export to other Soviet republics. The first years after independence were characterized by many problems, most notably the costs of the Nagorno-Karabach war. Living standards dropped and GDP was halved during the first half of the 1990s. Economic developments accelerated in the latter half of the 1990s, when foreign companies came to participate in the exploitation of oil and natural gas.

Economic growth was over 23% in 2008 One of the biggest challenges in the economy is high levels of corruption. The oil has created a small group of rich people. Despite oil revenues, a significant portion of the population lives below the poverty line. In the wake of the oil industry, the construction sector has also experienced a major boom, especially in Baku. Agricultural products are of good quality, but processing and marketing are poorly developed. 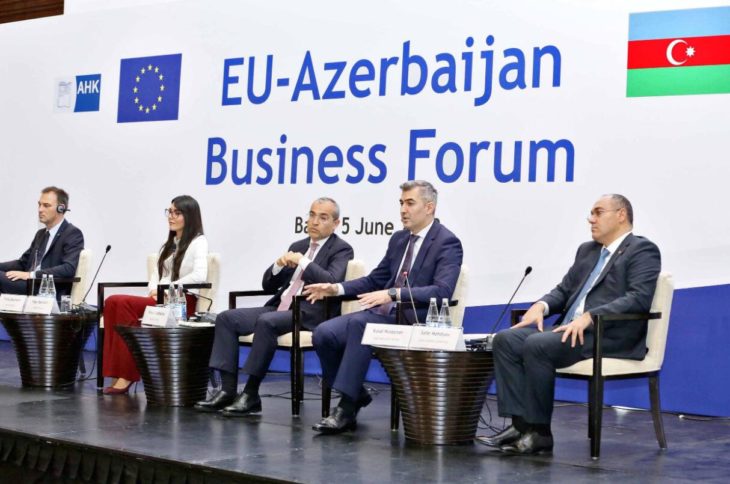 Agriculture contributed 6% of the gross domestic product (2008) and employed 41% of the working population. After 1991, the industry was restructured from collective operations to privately run farms. During 2001, all state-run uses were transferred to private users.

About half of the area of ​​the Republic is cultivable, but little rainfall and large evaporation in the inland regions hamper the agricultural industry. About. 70% of the agricultural area is artificially watered. The mountainous areas and the lush Lenkoran area of the Caspian Sea receive sufficient rainfall. The main crop is wheat, but in recent years there has been a strong increase in cotton cultivation. In addition, citrus fruits, corn, vegetables, tobacco, tea, rice and silk are grown. The livestock is large, especially in the mountain areas. It is kept mostly sheep and goat.

Azerbaijan has very valuable mineral deposits. Oil and natural gas are primarily produced, but also iron ore, aluminum, copper, lead, zinc, salt and sulfur. Around 1900, approx. half of the world’s oil production from Azerbaijan, but production later declined sharply, mainly due to. obsolete manufacturing technology. From 1997, the authorities called for foreign investment in the petroleum sector. This has led to a sharp increase in the oil recovery rate. About 80% of the oil and natural gas deposits are along the western shore of the Caspian Sea, north and south of the capital.

In 2016, 91 percent of the country’s electrical energy was generated from petroleum products, of which 81 percent was from natural gas. The rest is mainly hydropower.

Statoil has a 15.5 percent stake in the Shah Deniz gas field and the South Caucasus pipeline.

The country’s petroleum industry has been developing strongly since independence in 1991. In 2008, the industry (including mining and power generation) accounted for 63.3% of GDP and employed 7% of the working population. Bakı has refineries, ethylene factories and large chemical plants, all of which are associated with the petroleum activities. In Sumgait, steel pipes, aluminum and various chemicals are produced. Otherwise some textile and food and food industries.

The main export goods are petroleum products (90% of total exports), and otherwise textiles, machinery and foodstuffs. It is imported among other things. raw materials for industry, machinery and food. Main trading partners are Russia, Italy, Turkey, France, Germany and the United States.

That is a total of approx. 60 000 km road (2008). Rail links to Russia, Georgia, Ukraine and Armenia (have often been out of order due to the conflict between Armenia and Azerbaijan). Ferry connection between Bakı and Astrakhan (Russia) and between Bakı and Krasnovodsk in Turkmenistan.