Israel is one of the smallest countries in the Middle East, with high population density. Official languages ​​are Hebrew and Arabic.

Israel as a country and people has a history dating back to ancient times. The modern state of Israel was established in 1948, with a history of organized Jewish (Zionist) immigration from Europe from the 1880s. Establishing Israel in parts of the former mandate area of ​​Palestine led to a continuing conflict between the new state and the displaced Arab (Palestinian) population and the Arab neighboring countries: the Middle East conflict. Israel is the only Jewish state in the world.

The name Israel (Hebrew: Yisrael) is biblical, and given some different meaning: First, “God rages,” and “He who has fought with God” or “He who is saved by God.” The Bible is used only when Jacob was named Israel after fighting with God. (Genesis 32:38)

Israel is a small country with varied natural conditions, situated in the subtropical climate zone. The country is often divided into three main geographical geographical regions: the fertile coastal plains towards the Mediterranean, the highlands towards the West Bank and the highlands, and the Jordan depression – which is part of the Rift Valley. Northern Israel has a Mediterranean climate with hot, dry summers and mild, humid winters; in the south there is steppe or desert climate, and little rainfall.

Israel has a Mediterranean flora with shrubs and some trees, but little forest; The Negev Desert dominates in the south. There are over 100 species of mammals, including gazelles and Capricorn, but a number are extinct, such as lion and cheetah ; leopards still exist, but are rare. Israel is located along the important migratory route from Eastern Europe and West Asia to Africa, more than 540 species of birds have been observed. 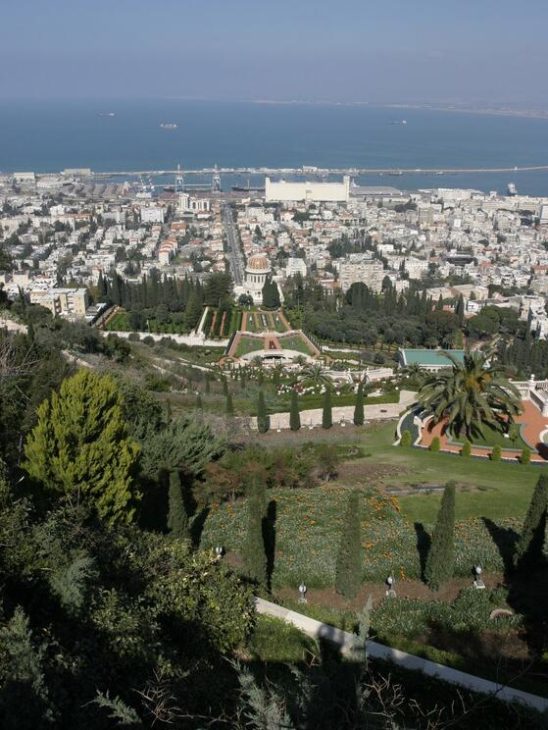 Israel’s population of about eight million is a tenth of neighboring Egypt. It includes more than half a million settlers in East Jerusalem, the West Bank and the Golan Heights. The population is composed and linked to the political development of the country.

Of the total Jewish population of 14.3 million worldwide, 43 percent live in Israel.

Israel ranks 99th in the international ranking of most populous states.

In the first decades after independence, immigration was greatest from Arab countries, more recently from the former Soviet Union. Israel is densely populated; closest to the central coastal area.

Israel is a young state with a young population, and its close history characterizes the community in several ways. The struggle to create a separate Jewish state with security for the Jewish people, characterizes the community, where the military apparatus plays an important role. While Israel conflicts with the Palestinians, there are strong contradictions within Jewish Israel, not least between believers and secular Jews.

The Great Wall of Jerusalem’s Old City, which Israel annexed during the 1967 Six-Day War.

Israel declared itself independent on May 14, 1948, and is a parliamentary democracy with a strong prime ministerial function, while the presidential office is more ceremonial. The President is elected by Parliament, the Knesset. The country is governed by both law and custom, as the country does not have a single, formal constitution.

Jerusalem is Israel’s proclaimed capital, but not internationally recognized as such, and most embassies are located in Tel Aviv. US President Donald Trump recognized Jerusalem as Israel’s capital on December 6, 2017 for international protests.

The parliamentary life in Israel is characterized by a lack of political stability, and often changing party alliances as a basis for coalition governments. Knesset is elected in general elections for four years, but is often dissolved for new elections ahead of time. In recent years, some old, dominant parties, especially the Israeli Labor Party, have been weakened, while new and smaller parties have been formed. From Israel’s first year, the trade union movement Histadrut, Israeli LO, also plays a strong social role; so does the Israeli defense.

Israel is a member of the UN and UN special organizations, including the World Bank; for the rest by, among others, the World Trade Organization or WTO for abbreviation. See abbreviationfinder.org. 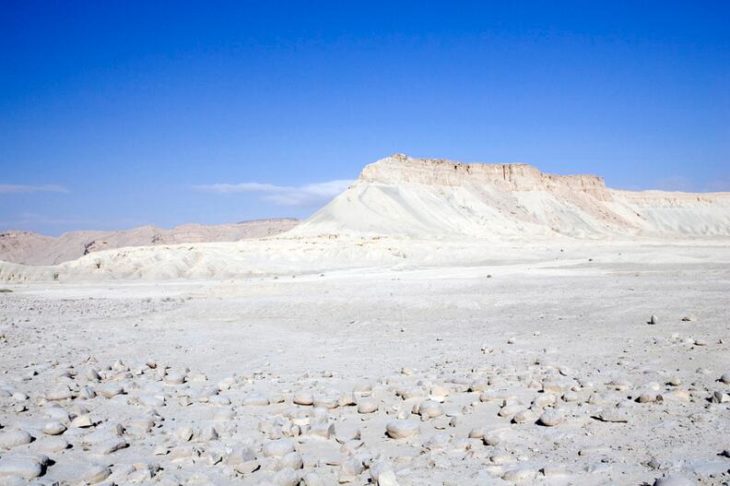 The modern history of Israel is strongly influenced by the conflict with the Arab neighboring countries and the Palestinian struggle for a separate state. The newly established state was attacked by neighboring countries in 1948, after which new Arab-Israeli wars were fought in 1956, 1967 and 1973. The six-day war in 1967 led to Israel occupying Gaza, the Golan Heights and the West Bank as well as East Jerusalem and Sinai. In 1978, Israel invaded Lebanon to expel Palestinian guerrillas from the border, then in 1982.

UN-monitored ceasefire agreements with neighboring countries were signed in 1949, but conflict, and new wars, prevented peace agreements – until Israel entered into such a deal with Egypt in 1979, and with Jordan in 1994.

Peace talks with Syria did not lead to an agreement. Israel has felt its existence threatened by both Arab states and Palestinian and Lebanese guerrillas; in recent years especially of Iran. Israel has developed nuclear weapons as part of its security policy, and receives extensive military assistance from the United States, partly as a result of the Camp David agreement. 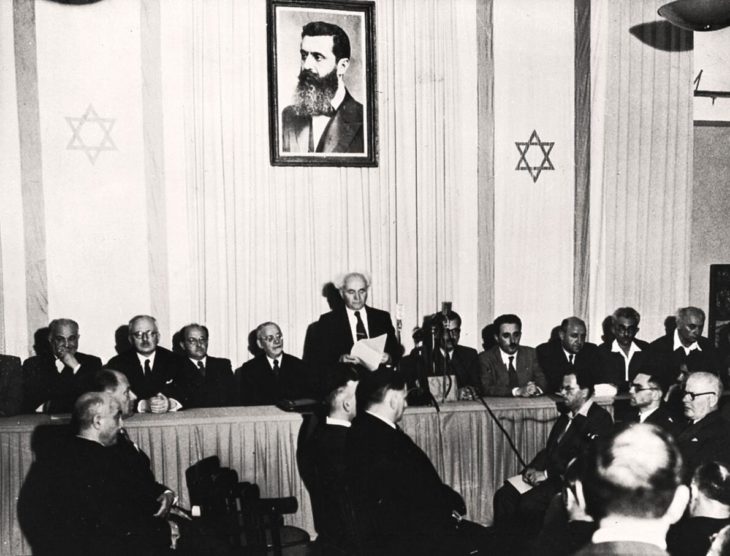 In 1948, Israel was proclaimed an independent state. The picture shows the country’s first prime minister, David Ben-Gurion, reading the Declaration of Independence. On the wall behind him hangs a portrait of Theodor Herzl, the founder of the Zionist movement, who had been actively working for the establishment of his own Jewish state.

Israel is a small country with limited natural resources, but large human resources. From an early development of a modern agricultural sector, industry was expanded, after which technology development has created an important basis for further business development. The defense industry is important, also as a driver for technological development. A major challenge in agriculture is the lack of water, and Israel has become a leading developer of technology-based irrigation.

In recent years, the Israeli economy has faced significant challenges, including the great immigration – with costs for integration and a lack of jobs. Military defense spending has declined, but this and other security measures are a burden to the economy, even though Israel receives financial assistance from the United States.

War damage compensation from West Germany after the Holocaust was an important contribution to the development of Israeli society in previous years. 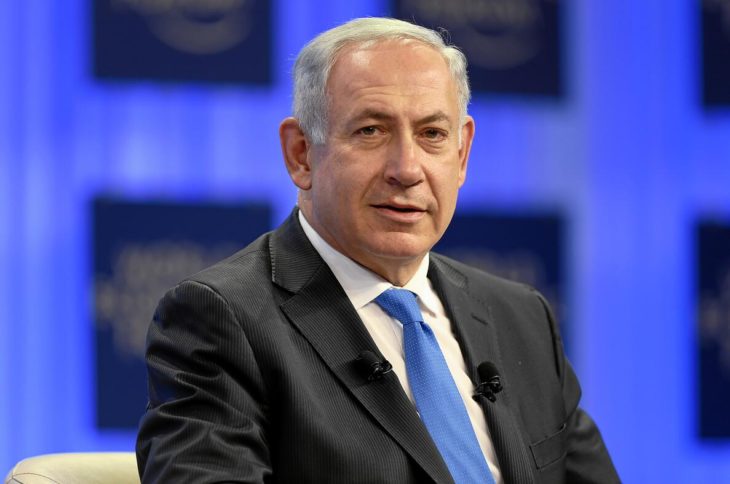 The conservative former officer Benjamin Netanyahu is Israel’s longest-serving prime minister, and has fought his way through both unstable coalition governments and serious corruption charges.

Israel is a modern society with a high level of education and a well-developed cultural life. It is twelve years of compulsory schooling from the age of six, and most young people attend preschool. The elementary school is six years old, followed by three years of secondary school and three years of upper secondary school. In addition, all those who have not been exempted must serve the military service (three years for men, two for women) before their higher education.

The oldest higher education institutions are the Hebrew University of Jerusalem (1918) and the Technological Institute in Haifa (1912). Several universities were later started.

Israeli culture is composed, as Israeli society is – with a complex population, with two dominant languages ​​(Arabic and Hebrew, as well as ultra-Orthodox Yiddish) and two religions (Judaism and Islam). Modern Jewish culture is influenced both by tradition as it has evolved in different parts of the world – and as it has been shaped in the state of Israel. Immigration – for several periods and from several areas – has also strengthened the cultural life with many prominent artists. The development of Hebrew as a modern language has been important.