Japan is an empire nation in East Asia. The country is an archipelago located between the Japan Sea in the west and the Pacific Ocean in the east, and consists of four major islands ( Hokkaido, Honshu, Shikoku and Kyushu ) and 6848 smaller islands in the Northwest Pacific.

Japan borders the north to Russia in the La Perouse Strait, southwest to South Korea in the Korean Strait, and south to China southeast of the Sakishima Islands. From the north to the south, the Japanese islands span a distance of about 3000 kilometers.

The Japanese islands are mountainous and frequently prone to earthquakes and volcanic eruptions. Strong economic growth made Japan one of the world’s economic superpowers from the 1970s, but since the 1990s, the country has had deflation and declining growth rates until recently, when the trend has been more positive.

Japan (the name) derives from Portuguese Japão, a distortion of the Jih pen which is the Chinese pronunciation of the two characters the word is written with. The Japanese call the country Nippon-koku, ‘sunrise country’.

The Japanese islands are mountainous with lowlands mainly in the form of small coastal plains; many of these are narrow river plains. Most of the lowlands are on Honshu. The highest mountain ranges are at Hokkaido and Honshu. The highest peak is the cone-shaped and beautiful Fujiyama volcano at Honshu, 3376 meters above sea level.

There are frequent earthquakes and occasionally volcanic activity, sometimes with tsunamis (tidal waves). Japan has 160 volcanoes and approximately 3000 hot springs.

Japan has a monsoon climate where dominant wind directions alternate with the seasons. The Japanese islands are located in a northern temperate zone and a southern subtropical and tropical zone. There are greater climate differences than latitudes alone indicate. This is due to the warm ocean current Kuroshio from the southwest and the cold ocean flow Oyashio from the northwest.

The vegetation is lush and varied. More than 50 percent of the area is wooded. In central Japan, the forest border extends approximately 2800 meters above sea level. There is a lot of coniferous forest with Japanese species of spruce, pine and precious spruce as well as Japanese cedar and larch. The deciduous forest has species such as oak, beech and maple. There are large areas of bamboo and on the Ryukyu Islands to the far south there are tropical mangrove forests. There are many species of flower plants. Many of these are found only in Japan.

About 230 bird species nest; there are many wading and swimming birds. Of reptiles there are lizards, freshwater turtles and a few poison snakes. The protected giant salamander lives in mountain streams. In the sea there are rich fish stocks. 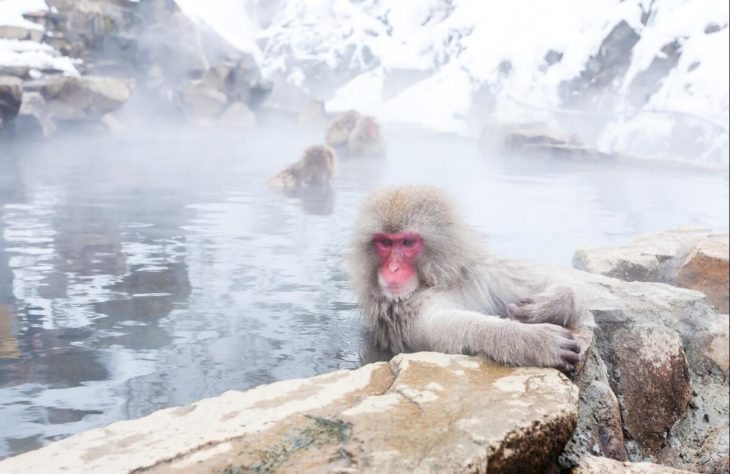 Japan’s population is very uniform. According to statistics by Countryaah, 98.5 percent are considered Japanese, 0.5 percent are Koreans and 0.4 percent are Chinese. At Hokkaido, the indigenous people are ainu.

Japan is densely populated and 91.3 percent live in urban areas. About 80 percent of the population lives in cities with more than 10,000 inhabitants. The capital Tokyo has 38 million inhabitants (2015). Population growth is slightly negative.

The average life expectancy is very high for both sexes. Life expectancy at birth is 87.71 years for women and 80.85 years for men (2013). Japan has a high suicide rate, and suicide is a leading cause of death for Japanese people under 30.

83.9 percent of Japanese are Shinto and 71.4 percent are Buddhists (2005); the numbers exceed 100 percent because many profess to both religions. two percent are Christians.

The official language is Japanese. About a million Japanese speak Korean. 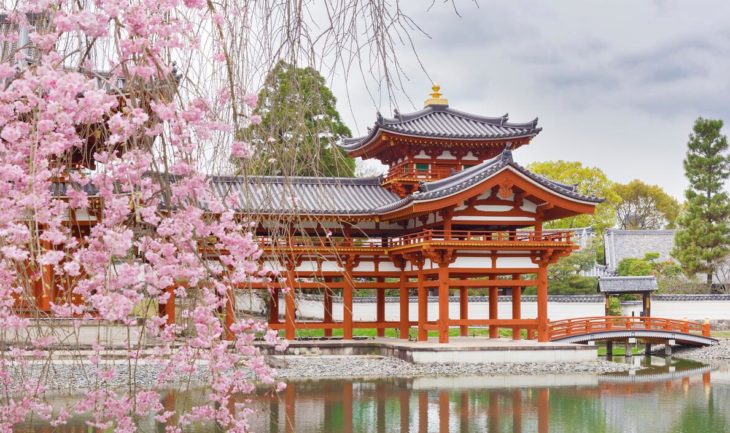 Japan is a parliamentary-democratic constitutional empire. The emperor today has primarily ceremonial functions. The political power lies with the parliament (Kokkai) which consists of the House of Representatives with 480 members elected for four years, and the advisory house with 242 members elected for six years.

The prime minister must be a member of parliament to whom the government is responsible. Japan has a multi-party system, but the Liberal Democratic Party has been in power for almost the entire post-war period. 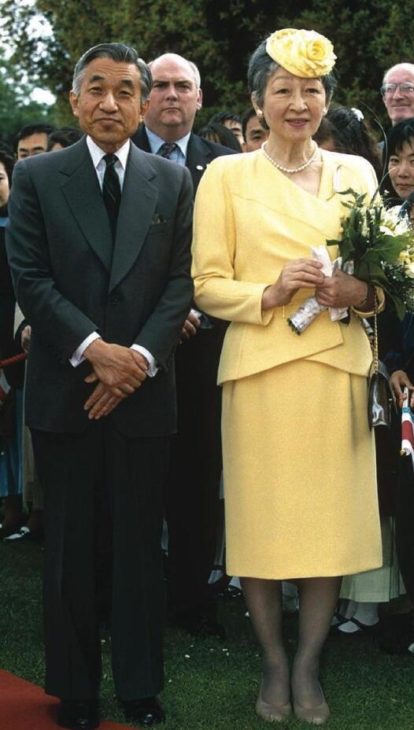 Military service is voluntary and without military service. The Constitution prohibits the defense right to declare war and use of military force in international conflicts. The forces are used in peacekeeping operations abroad. Japan has one of the world’s largest defense budgets. The United States has the right to have troops and bases in the country.

Japan is a member of, inter alia the United Nations, World Trade Organization, OECD, APEC, G 8 and ‘ASEAN Plus Three’. The country has signed a security pact with Australia (2007) and India (2008). There are territorial conflicts with Russia, South Korea, China and Taiwan. 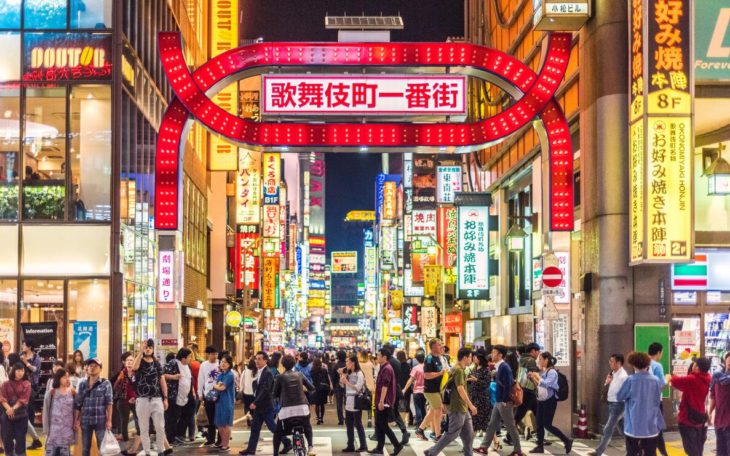 Written sources of Japanese history take about 500 according to our time ( possibly ). The country then consisted of several patriarchal controlled tribal communities, each with their own land. Buddhism gained great importance around the year 550. Japan gradually came under Chinese influence and an empire in an aristocratic feudal community was developed. In 1185, the Minamotu family triumphed and took the title of shogun (general). The title became hereditary and the shogun was Japan’s true ruler until 1868.

Eventually, warring factions arose that brought the country into the so-called warring period or the Sengoku period. In 1600, the Shogun Tokugawa Ieyasu won the Battle of Sekigahara and formed the Tokugawa Shogunate in the fishing village of Edo (today Tokyo).

In 1636, Japan was isolated from the outside world. In 1853, US commander Matthew Calbraith Perry forced the opening of Japan to the West. It then became clear that Japan had to undergo a modernization process to maintain independence and internal stability.

In 1868, Emperor Mutsuhito strengthened the shogunate and in 1871 the bilateral system and the federal privileges were abolished. Japan became a constitutional monarchy and industrialized while making agriculture more efficient. During the Meiji period (the time until 1914), Japan received a modern bureaucracy, a substantial industry and a modern school system. In addition, the country became a military superpower in the Pacific. 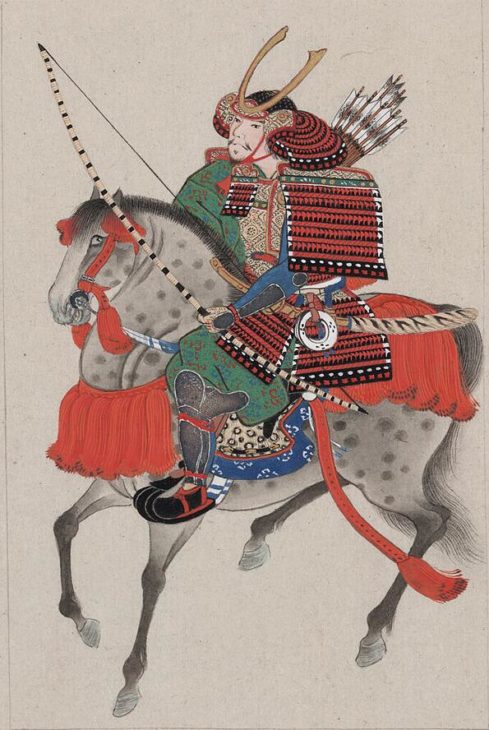 In 1933, Japan resigned from the League of Nations and canceled all agreements on military restrictions. In 1937, Japan went to war against China. The Japanese moved into Indochina to cut off weapons aid to China from the United States and Britain. At the same time, the country strengthened the alliance with Germany and Italy. Japan entered into a non-attack pact with the Soviet Union in 1941 and then came into conflict with the United States that imposed sanctions. On December 7 of that year, Japan’s response to this came in the form of the attack on Pearl Harbor and ended up at war with the United States and its allies. In a short time, Japanese forces captured Burma (Myanmar ), Malaysia, Indonesia, the Philippines and many Pacific islands. The country capitulated on August 14, 1945, after nuclear bombs had destroyed Hiroshima (August 6) and Nagasaki (August 9) and US forces landed in Japan. In 1946, the emperor declared that he was not a deity.

In the years 1945-1952 Japan was not allowed to pursue its own foreign policy. Japan was imposed a pacifist constitution in 1947, and re-arming was banned. The US attitude changed with the Communist takeover of China and the outbreak of the Korean War. In 1951, a peace agreement was signed in which Japan renounced all possessions and demands in China, and in 1952 Japan regained full sovereignty.

The Japanese industry was rebuilt a few years after the war and there was a strong rise in living standards. In the mid-1990s, a downturn occurred, partly due to stagnation in exports. Since 2000, there has been a gradual economic improvement. In 2011, Japan’s most powerful earthquake occurred in historical times. This triggered the Fukushima Daiichi disaster, which was one of the world’s worst nuclear accidents. 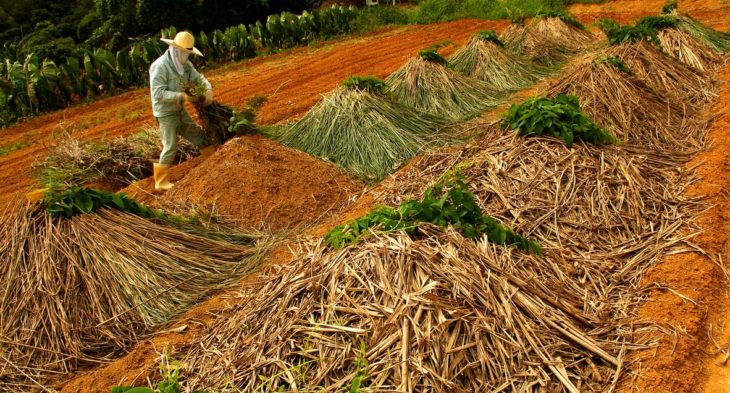 Less than a third of the forests are exploited commercially. Despite a lot of forest, much timber and wood pulp must be imported.

The largest fishing catches are made from vessels on all oceans. Coastal fishing has increased, and it is driven farming of salmon, trout and seaweed. In spite of international protests, Japanese whaling both in coastal waters and in Antarctica.

The mineral deposits are modest. Among other things, it is extracted lead, iron ore, coal, chrome, zinc, sulfur and some oil. Most of these and other raw materials must be imported. Japan has the third largest nuclear power industry in the world. 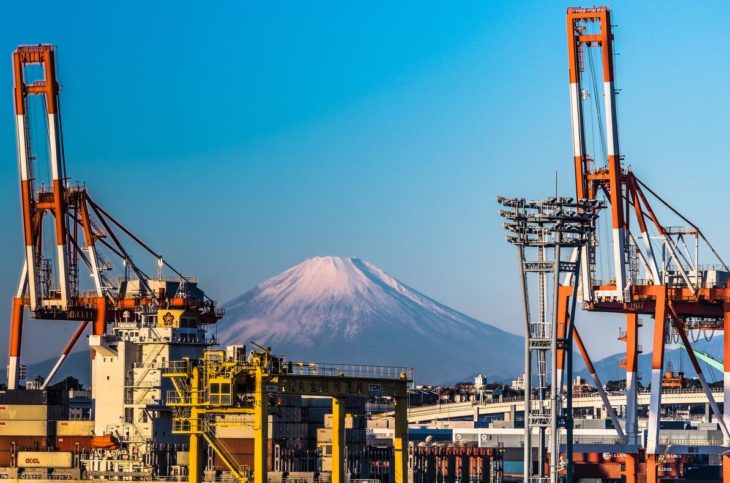 Japan is renowned for shipbuilding, export of complete industrial plants, one of the world’s largest car, motorcycle and high-tech products in the computer and other electronic industries.

Japan is renowned for shipbuilding, export of complete industrial plants, one of the world’s largest car, motorcycle and high-tech products in the computer and other electronic industries and digital camera production. The chemical and petrochemical industries are of great importance.

Large parts of Japanese industry are concentrated in some large industrial regions. The largest is the Keihin area with the cities of Tokyo, Yokohama and Kawasaki. Japan has one of the world’s largest trading fleets. Norway imports, among other things, motor vehicles, machinery and electronic products from Japan.

Tourism is important. Tokyo and Kyoto are among the most visited destinations.

Most Japanese children attend preschool from the age of three. It is free and compulsory schooling for children from the age of six to 15 years. Almost all students continue in high school. Japan has 778 universities (2010).

Japan today has a number of architects who have made their mark on modern projects, both nationally and internationally. One of these is Kazuyo Sejima (born 1956). She has designed buildings characterized by a strict, elegant design language. A good example is the buildings she designed for the popular pachinko game in Ibaraki in Honshu. The first was completed in 1993, the second, as shown in the picture, was completed in 1996 in the small town of Hitachiohta. The facade has long continuous streaks of stained glass between narrow black panels. During the day, light lets in through the slits, at night they form a pattern of light.

Japan’s oldest preserved literature dates back to the 7th century. It is heavily influenced by Chinese literature and is written in Chinese. The oldest known works are the chronicles “Kojiki” and “Nihon Shoki” as well as the great anthology “Kokin wakashu”. “Genius Monogatori” (“The Story of Genji”) written by author Murasaki Shikibu circa 1010 is considered by many to be the world’s first complete novel. In the Muromachi period (1336-1600), the mood poem form haiku and Japan’s oldest drama form, the “no” play, evolved.

In the 1900s, influences from European and American literature were strong, and after the Second World War many socially critical works have been published. Kawabata Yasunari (1899-1972) received the Nobel Prize in Literature in 1968, Kenzaburo Oe (1935-) received in 1994. Among recent writers with international attention are Haruki Murakami (1949-) and Yoko Tawada (1960-).

The oldest traces of Japanese music are from the 200’s before our time ( BCE ). The Japanese court music gagaku originating in Chinese court music from the 600s is considered the world’s oldest orchestral tradition. Key Japanese instruments are the lute types biwa and shamizen, mouth organ, kozo sitter, bamboo whistles, chimes and gongs. Japan’s best known composer, singer and actor in the West is Ryuichi Sakamoto (1952-).

Japan is one of the world’s largest film producers, with a large production of cartoons. The most famous director is Akira Kurosawa (1910-1988).

Wood has always been the most widely used building material in Japan. The temple plant in Nara from the Asuka period (552-646) is probably the world’s oldest preserved wooden architecture. Itsukushima shrine is built in the water and dates from the Heian period (784-1185). Among modern architects, Kenzo Tange (1913-2005) is the biggest name. He united Japanese tradition in light steel and concrete structures. Mention should also be made of the female architect Kazuyo Sejima (1956-).

Japanese cuisine is simple and characterized by aesthetics, fresh ingredients and many small dishes. Fish and shellfish as well as vegetables and algae are central. A specialty that has gained a foothold in Norway in recent years is sushi with raw or marinated fish, vegetables and rice. The food is eaten with chopsticks. The Japanese rice wine sake is served lukewarm in small porcelain cups. 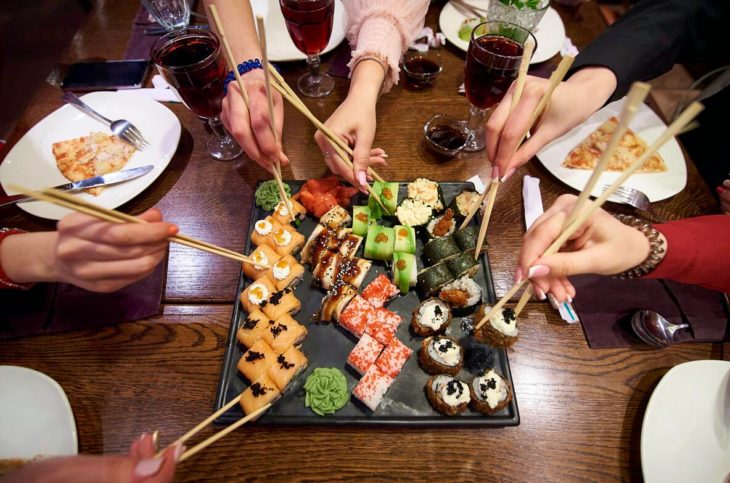