After World War II, the older established writers such as Tanizaki and Kawabata continued to write, but more time-conscious than before. Tanizaki’s best-known works from the years after the war are the Sisters Makioka (1948), Kagi (The Key, 1956) and Fūten rōjin nikki ( An Old Maniac Diary, 1962). Kawabata wrote Yukiguni (The Kingdom of the Snow, 1948), Senbazuru (Thousand Tears, 1952), Yama no oto (The Sound of the Mountain, 1952), Nemureru bijo (Sleeping Beauty, 1961) and Kyoto (1962. Norwegian translation 1969). He was awarded the Nobel Prize in Literature in 1968.Osamu Dazai published his most read work Ningen shikkaku (Disabled to Man, 1948). Together with, among others, Ango Sakaguchi (1906–55), he formed the core of the buraiha circle known for its rebellious and decadent style in life as well as in writing. 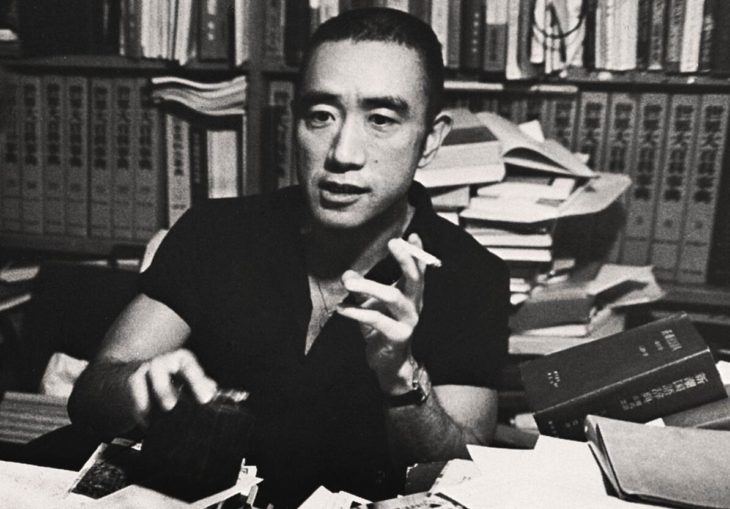 The aftermath of the atomic bombs in Hiroshima and Nagasaki was included in the so-called nuclear bomb literature. Initially, it was about instant eyewitness accounts in literary form, as can be seen in Tamiki Hara’s short stories “Summer Flowers” (1947), but the atomic bombing remained an important literary motif in the decades that followed, and later works such as Masuji Ibuse’s Black Rain (1966). ) and Kyōko Hayashi’s Matsuri no ba (Festival Square, 1975) show a higher degree of literary processing of the experience material.

Shichirō Fukazawa (1914–87) became internationally acquainted with Narayamabushi-k B (Considerations of the Narayama Song, 1956), in which the elderly in a poor rural community are expelled to die. Shūsaku Endō (1923–96) was Catholic and raised the question of the silent god in Silence (1966, Norwegian translation 1971 and 2019) based on the persecution of Japanese Christians in the 18th century. Junnosuke Yoshiyuki (1924–94) sheds light on the deepest layer of human subconscious with striking symbolic language in the novel Anshitsu (Darkroom, 1970). Kōbō Abe (1924–93) portrays modern man’s relationship to the unreal reality where alienation and loss of identity are central themes. His most famous works areThe Woman in the Sand (1962, Norwegian edition 1986), the Kafka-like Hakootoko (Eskemannen, 1973) and Tanin no kao ( The Face of Another, 1964).

Yukio Mishima (1925-70) held a central place among male postwar writers with his burning style in the boundary between ethics and aesthetics. His startling suicide in ritual samurai style helped make his name known around the world. Politically, he positioned himself at the far right and appealed for a constitutional amendment that would allow Japan to arm the military. Best known among his numerous works are The Confessions of a Mask (1949, Norwegian Translation 1986), The Temple of the Golden Pavilion (1956, Norwegian Edition 1963) and the Tetralogy The Sea of ​​Fertility (1967–1971). Shintarō Ishihara (b. 1932), who became familiar with the novel Taiyō no kisetsu(The Sun’s Season, 1965) on the new rootless youth, also works as an active politician on the right wing.

Kenzaburo Ōe (born 1935) and Makoto Oda (1932–2007) are socially conscious writers on the left. Ōe is a very productive writer with many notable novels, short stories and essays on social and political as well as literary topics. Translated into Norwegian are My Own Case (1964), Time for Football (1967), M / T and the Tale of the Forest’s Wonder (1986) and Learn to Grow From Our Madness: Three Novels (1998). Ōe was awarded the Nobel Prize in Literature in 1994. The trilogy Moeagaru midori no ki (The Flaming Green Tree ) was published with the last volume in 1995, and has been followed by a number of novels with autobiographical features, includingTorikaego / Chenjiringu (Swapping / Changeling, 2002) and Nihyakunen no kodomo (Children of 200 years, 2003).

Hisashi Inoue (1934–2010) worked on a moody, satirical style, as in Don Matsugorō no seikatsu (Don Matsugoro’s Life, 1975). Hiroyuki Itsuki (born 1932) is a popular writer, especially of youth novels, often with a hung to the externally filled, as in the autobiographical Youth’s Gate (1969–1972). Akiyuki Nozaka (1930–2015) succeeded in providing a lukewarm and distanced depiction of people at the bottom of the sexualized and commercialized society of Erogotoshi-tachi (Pornographers, 1963). Kenji Nakagami (1946–1992), who was influenced by Ōe in the beginning, became known for his autobiographical novels which, among other things, dealt with his background from the supportive social group burakumin, who are descendants of the Edo period’s caste.

Many recent authors have attracted international attention for their new writing style, including Ryū Murakami (born 1952), who in Kagirinaku tōmei ni chikai burū (Nearly Transparent Blue, 1976) gave a straightforward description of drug use and outrageous sexual behavior among adolescents. Haruki Murakami (born 1949) has become known for his Americanized, postmodernist style and has established himself as Japan’s perhaps best-known author internationally. His bestseller Norwegian Wood sold over two million copies and surprised the established literature critics.

Banana Yoshimoto (b. 1964) is another female writer who has made success abroad. Machi Tawara (born 1962) debuted fresh with his “waka” poem in modern fashion, Salad Jubilee (1987), which came in English in 1995. Mention should also be made of Yōko Tawada (born 1960), who writes in Japanese and German and has won several awards in both countries, including Inu mukoiri (The groom was a dog, 1992).

In the wake of the economic recession in the 1990s and 2000s, there has been the emergence of literature that in various ways focuses on working life and economic uncertainty. The phenomenon was underlined when Takiji Kobayashi’s classic 1929 proletarian novel The Crab Ship unexpectedly became a bestseller in 2008, and Sayaka Murata in 2016 caught the attention of the 24- hour Open, which deals with the life of an hourly employee at a 24-hour kiosk.

The great earthquake and the subsequent tsunami that hit Northeast Japan in 2011, followed by the accident at the Fukushima nuclear power plant, has also left its mark on the literature. Authors such as Yōko Tawada and Man’ichi Yoshimura (born 1961) have both based on the nuclear disaster in their dystopian future novels The Messenger (2014) and Borādo byō ( Pullert Syndrome, 2014).