The media situation in Bahrain is characterized by the country being small, with a limited market, and the ruling royal family (al-Khalifa) having increasingly cut down on human rights, including freedom of speech. The austerity measures, which also hit the media, have intensified following the Arab Spring and the uprising in Bahrain in 2011-2012.

Equally full, Bahrain has a complex media offering, with several newspapers and radio stations, while television, including satellite broadcasts abroad, is popular. The Internet is widespread, but there are restrictions on its use.

Until 1971, when Bahrain became independent, the country was a British protectorate. The first media was started under British rule. The first newspaper was Jaridat al-Bahrain, which was published in the years 1939-1944. The country’s oldest newspaper that still comes out was established much later, in 1976: Akhbar al-Khaleej. The first radio station was established by the British in 1940, as a counterbalance to Nazi- friendly programs from other stations in the region during World War II: the Bahrain Broadcasting Station. This aired until 1945. In 1955, Radio Bahrain started as an official radio station.

With the independence in 1971, the media situation changed, among other things, by the establishment of a state broadcaster, Bahrain Radio and Television Corporation (BRTC). Then television also started, with the first broadcasts in 1973.

Bahrain has three Arabic-language daily newspapers. Akhbar al-Khaleej is the largest, followed by Al-Ayam and Al-Bilad. All three are privately owned, but closely linked to the authorities. Two of these have an English-language sister issue: Akhbar al-Khaleej with the Gulf Daily News; al-Ayam with the Daily Tribune. All are published in the capital Manama. Newspapers are also published in Malayalam, for the large group of guest workers from India. In 2002, an opposition actor, Mansoor al-Jamri, was allowed to publish a standalone newspaper, al-Wasat. This was a step in showing greater freedom of the press, after the media laws were liberalized in 2002, but in 2017 it was banned by the authorities, after first being closed in 2015.

The state broadcaster BRTC operates six national television networks. Foreign satellite stations are also available, and al-Jazeera (Qatar) and al-Arabiya (Saudi Arabia) in particular are central to the news access. A private satellite station that began broadcasting from Manama, al-Arab TV, in 2015, was closed just hours after opening, under the pretext that it lacked the necessary permits. An opposition station, LuaLua TV, operates from London. Al-Maaref is a private religious satellite station established in 2007.

In addition to several state radio stations operates a private, targeted at guest workers from India: Voice FM. Bahrain is the base for the United States’ fifth naval fleet, and American Forces Network Bahrain broadcasts programs aimed at this force. The first private radio station, Sawt al-Ghad, was shut down in 2006 by the authorities for violating regulatory regulations.

There are many online publications, including Bahrain Mirror and Bahrain Online. The human rights group Bahrain Center for Human Rights also contributes to the news through its online channels.

Bahrain has a modern telecommunications sector, and virtually the entire population is connected to the Internet. Social media is widespread, with Facebook being the most important channel on which over half of the population is subscribed. Social media, and not least bloggers, are also being followed by the authorities.

As in other countries where there was an uprising during the Arab Spring, social media in Bahrain was also used to disseminate information and to mobilize participation in demonstrations. In particular, Bahrain’s Shiites (who constitute a majority, while the ruling elite are Sunnis) have used social media.

Bahrain, especially after the uprising in 2011–2012, has tightened on human rights; including freedom of speech and press. The use of the internet is controlled and partly monitored by the authorities, including by periodically reducing the speed of the network. 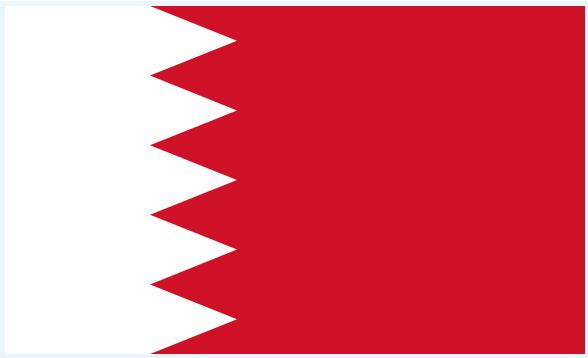