The media image has changed significantly during, and as a result of, the war in Syria, and partly the development has been more normal: The situation has varied greatly if an area has remained under government control, or if various rebel groups have taken control, and then lost it back to government. At the same time, media development in the autonomous Kurdish part of northern Syria (Rojava) has gone its own way.

In the first years following the outbreak of the 2011-2012 outbreak, the Damascus regime lost control of much of Syria. This also lost some control over the dissemination of information, although, among other things, the state-controlled broadcasting continued to reach most parts of the country, and various media channels and players reached out through satellites. In 2017–2018, the government recaptured most areas of the country.

The media offering in Syria is complex, with traditional and new media. The spread of the Internet and social media has grown rapidly, while satellite-based television is the most important news channel.

Syria is one of the most dangerous countries to work for journalists, who are also known to have been identified as targets in the war.

When the Baath Party came to power in the early 1960’s, Syrian media were organized – and controlled – by the state. Newspapers were most often owned by parties, trade unions or other organizations, and they had to be licensed by the state to publish. Before the war, Syria had a number of newspapers; most in Arabic, a few in French and English. The largest ones appeared in Damascus, and still do so: the Bath Party’s main body al-Baath, as well as al-Thawra and Tishrin. The broadcast (radio and television) was state owned and operated. State television broadcasts started in 1960. The state news agency SANA (Syrian Arab News Agency), affiliated with the Ministry of Information, was founded in 1965.

This structure persisted under President Hafez al-Assad, before there was some liberalization in the early 2000’s, under his son and heir, Bashar al-Assad, who himself was eager to promote the use of the Internet. In 2001, after the Damascus Spring, when a more critical debate was allowed, private newspapers were opened, but they were also linked to the regime through personal and financial ties.

Although Syria’s constitution then guaranteed freedom of expression, it was in practice broken, partly as a result of the 1963 state of emergency, which was first repealed during the Syrian uprising in 2011. A separate press law from 2001 permits widespread state control over all print media, and prohibits reporting on issues that the government considers sensitive, including issues defined to address national security. The new law tightened an already strict media control.

The Press Act was amended in 2005 to include electronic media, which were also subject to surveillance and censorship. A separate Internet law from 2010 gave the authorities access to the office of online journalists and bloggers, and put them to justice.

The media structure in the metropolitan area, which remained controlled by the government, has changed little during the war, in addition to the use of the Internet and social media, and television has taken over more of the media image at the expense of print media, especially newspapers. The formerly dominant daily newspapers, the state-controlled al-Thawra, Tishrin and al-Baath have continued to come out. Two private daily newspapers are also published: al-Watan and Baladna. The English-language The Syria Times was published in 2008; from 2012 on the internet.

Radio and television in Syria are dominated by state channels. Syrian TV is the state television channel, while Sama TV is a private channel that supports the government. Orient News is oppositional and broadcasts from Dubai. Radio Damascus is the largest state radio network. Private radio stations may be licensed to broadcast entertainment, but cannot produce news or political content. The first private radio station was al-Madina FM, which started in 2005.

In areas that were taken over by various rebel groups, new media offerings emerged. It was to a lesser extent print media; most digital, either produced and distributed locally, or from environments in exile – and to some extent local radio stations. The offer included not least news distributed via the internet and social media channels, as well as satellite TV from abroad. Among the media players was the Islamic State (IS), which both from Syria (especially the group’s self-proclaimed capital Raqqa) and abroad supported a professional and strategic use of information, including to recruit foreign warriors.

In the Kurdish areas, media (newspapers, radio and television, as well as internet-based offers) have been established with the regional authorities and militia groups, but there are also private offers.

Digital media has become increasingly prevalent. It is estimated that around one third of the population has access to the internet. As in other countries where riots broke out during the Arab Spring, social media channels such as Facebook, Twitter and YouTube were used in a media war. Among other things, rebel groups released movie clips showing civilian abuse. The Skype communication channel, as well as satellite phone, was used to contact rebel groups in between. The most commonly used social networks are WhatsApp and Facebook.

The Syrian government established its own department to participate in this part of the fight, building capacity for cyber warfare. Hackers have also participated and, among other things, attacked websites of international news agencies to distort information. 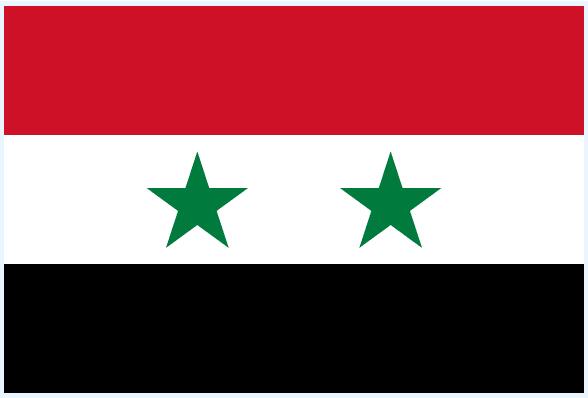