The Armenian Genocide is a term used for the forced mass deportation and mass killings of Armenians in the Ottoman Empire under the Hungarian regime in 1915-1920, in which a significant number of Armenians lost their lives.

29 countries today officially describe the events as genocide. Norway is not among these countries, but does not have a tradition of adopting official perspectives on history. However, the genocide designation is disputed for both political and academic reasons.

The official Memorial Day for the Armenian Genocide is April 24.

It is estimated that before the massacres lived between two and two and a half million Armenians in the Ottoman Empire. Armenians were central to society’s political, cultural and economic life.

There is disagreement among historians (internationally) about the number killed. The estimates of the number of Armenians killed vary mainly between half and one and a half million people. These lost their lives as a result of militarily organized massacres, deportations, starvation and ethnic violence between Armenians and other groups, often Kurdish road robbers. The situation in the area was chaotic and violent at this time, and a famine disaster struck all groups. 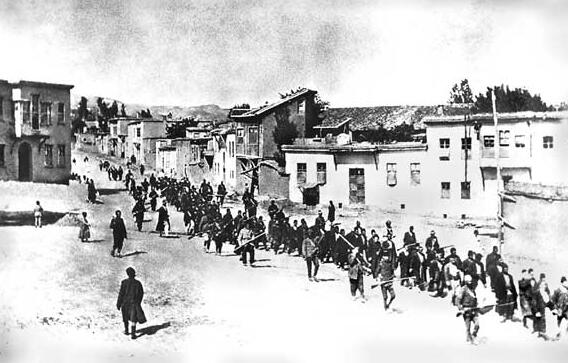 The mass killings occurred during the transition from the Ottoman Empire to what is today Turkey, in the period between 1915 and 1920.

The start date is often set on April 24, 1915, when the Ottoman leadership arrested and deported about 250 prominent Armenian intellectuals and leaders. These perished during the deportation. Conscientious male Armenians were then enrolled in labor companies, where a large number died due to the brutal conditions. Subsequently, orders were issued to deport Armenian women, children and the elderly to sparsely populated areas around the Euphrates and Tigris rivers in present-day Syria, Iraq and Turkey. The huge crowds were to be transported on foot, and a significant number died on the way.

It is beyond doubt that at least 300,000 Armenians (and probably a much higher number) were massacred or killed by starvation, illness and exhaustion on the march. However, there is disagreement as to whether the process was based on an overall intention or plan to exterminate the Armenians as people.

What is central to the UN definition of 1948 genocide (the Genocide Convention) is whether there was an overall intention to eradicate, in whole or in part, or a national, ethnic, racial or religious group. The disagreement over the term “the Armenian genocide” therefore revolves around whether or not an intention can be demonstrated by the Ottoman leaders.

The academic debate has been and is very polarized and politicized. Previously, historians who are not experts in the Ottoman Empire have largely been researching these events. The Ottoman experts have stayed away, among other things, for fear of the politicized situation. This created a “black hole” in history writing about the Ottoman Empire’s last year, according to historian Michael Reynolds. However, this gap has begun to be filled by, among others, the Turkish historian Taner Akçam (see below).

Some prominent American historians such as Heath Lowry, Stanford Shaw and Justin McCarthy, the English historian Bernard Lewis and other academics are critical to the use of the term genocide about the events of 1915-1920. They do not deny that massacres or deportations took place, but doubt that the Ottomans had an overall intention and systematic justification for the use of the term genocide. The disagreement between professionals thus applies whether it was a deliberate state campaign to exterminate the Armenians or a less planned and more complex course of events.

Opponents of the concept of genocide believe there was no specific racial hatred or religious hatred against the Armenians that triggered state actions, but rather a fear of Armenian groups’ alliances with the Russians, revolutionary parties, as well as demands for autonomy for Armenian-dominated eastern provinces in Turkey.

Other minorities, such as Greek Orthodox, also had the support of Western powers and were seen as potential threats. Ethnic and religious minorities were increasingly regarded by the leadership of the young Turks as threats to the state’s economy and security, and to the nation’s unity. This development occurred in an external situation where the Ottoman Empire had lost large territories, a huge number of Muslim refugees poured into the country, and the state was threatened with annihilation or fragmentation in several independent nation states. Such fragmentation was supported by Western states. The Ottoman leaders ran an ethnic distribution policy, where no ethnic group should constitute more than ten percent of a local population anywhere.

British and French forces attacked Gelibolu in the Strait of the Dardanelles on February 19 (two months before the massacre of the Armenian leaders) in an attempt to conquer the entire Ottoman Empire. In this situation, the Ottoman leadership felt that the state was acutely threatened by external and internal enemies. However, this frame of events does not give an indication of the intentions of the leaders.

The pivotal point of this dispute is the documentation of the intent of genocide, and the use of sources. Some of the advocates of the genocide believe the Ottomans were driven by religious and ethnic hatred and that they planned to exterminate the Armenians. They have believed that the absence of evidence of genocide in Ottoman sources is due to the fact that all Ottoman archive material has been systematically destroyed, and that one can therefore only rely on the testimony of foreign observers. Turkish authorities have also restricted foreign researchers’ access to the relevant archives. More neutral historians such as Michael A. Reynolds claim that this situation has led to a dubious and politicized use of sources among advocates of the genocide designation.

Experts on Ottoman history have long ignored the Armenian question. Those who deny that the killings were a systematic policy have argued that only Ottoman sources can show the truth, since the foreign sources are prejudiced. As they believe no clear evidence of a systematic extermination policy in Ottoman sources has been found, they have felt that the Ottomans are acquitted and that the advocates of the genocide have not had sufficient knowledge of Ottoman society or Ottoman sources.

The two parties did not discuss each other previously and were based on different sources. This has changed in recent decades, and a less politicized history discussion has emerged, although the issue is still highly politicized. 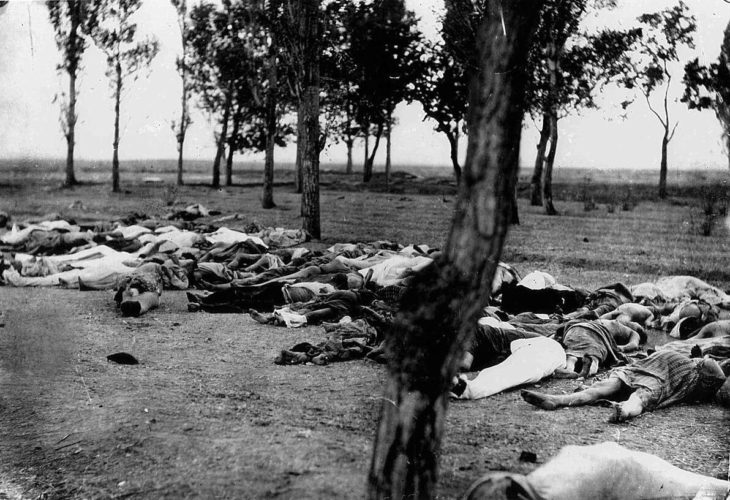 In recent decades, however, a new generation of Turkish researchers has emerged who are more independent of the official Turkish version. These have examined Ottoman sources in a more critical way, thus providing a more nuanced picture of the events.

Turkish historian Taner Akçam believes that the central leadership of the young Turks, the Unity and Progress Committee, both knew about and planned the mass killings on the Armenians. This happened in parallel with the state bureaucracy seeking to deport and forcibly relocate to Mesopotamia and Syria. Akçam thus believes that a two-track policy was pursued, and believes to document this with Ottoman sources, in the books The Young Turks’ Crime Against Humanity: The Armenian Genocide and Ethnic Cleansing in the Ottoman Empire (2012), and Killing orders: Talat Pasha’s telegrams and the Armenian genocide (2018).Historians such as Michael Reynolds and Hans-Lukas Kieser describe Akçam’s work as a source of reasoning and argumentation, and characterize the work as a very important contribution to the study of this period.

Akçam does not believe that it was racism or religious fanaticism that drove the leadership to mass murder, but the leaders’ fears of fragmentation or, at worst, occupation of the country. The leadership also feared that this could lead to massacres against the Muslim population, as had happened on a large scale in the Balkans and the Caucasus region.

The concept of genocide in Turkey

The official Turkish version is the large number of deaths due to unintended consequences of the deportation process, as well as civil ethnic violence. Turkey does not recognize the incident as genocide, and Turkish citizens who publicly claim the opposite may be subject to criminal prosecution under Article 301 of Turkish law. When Turkish author Orhan Pamuk stated in 2005 that one million Armenians were killed under Ottoman rule, he was also brought to justice, accused of having “offended Turkey”. However, Pamuk was released after international pressure. Historian Taner Akçam was investigated in 2007 for violating the same paragraph, but no charges were brought.

Officially, Turkey claims that around 300,000 Armenians lost their lives due to starvation, fatigue and fighting with Turkish and Kurdish groups, and at least as many lost their lives on the other side. The Turkish authorities have thought that the constant updating of the incident has political motives, including keeping Turkey out of European cooperation.

International use of the concept of genocide

In France, a bill was passed in 2006 to criminalize the denial of the Armenian genocide on par with the Holocaust denial. The case was again raised in 2011, but postponed following pressure from Turkey. The bill was passed in 2012, but was repealed by the Constitutional Council, which felt it violated the principle of freedom of expression and the right to comment and interpret historical events. The same thing happened again in 2017.

In 2017, there were 29 countries officially using the term genocide, including France, the United Kingdom and Germany. Norway is not among these countries. On the other hand, Pakistan and Azerbaijan, which does not recognize Armenia as a sovereign state, support Turkey’s view.