After Armenia’s independence in 1991, work began to establish its own Armenian army. There is public service from the age of 18 with 24 months of service. The total force numbers for Armenia’s armed forces are 44,800 active personnel (2018, IISS). In addition, 4300 semi-military police forces and border guards come. Russia has a military presence in the country (as of 2018 around 3300 personnel, including tanks, fighter jets, combat helicopters and anti-aircraft missile batteries). 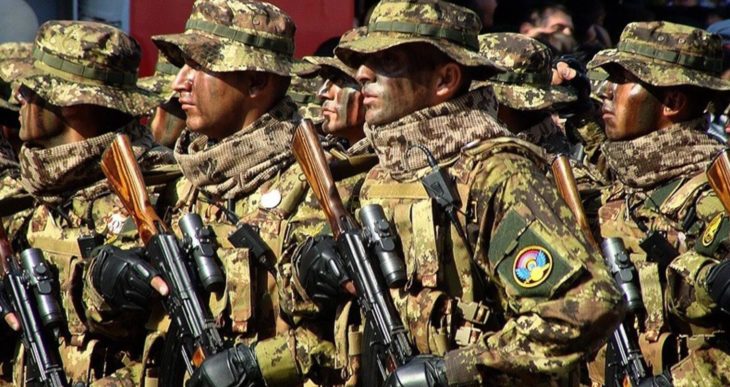 In 2018, Armenia participated in NATO operations in Afghanistan (Operation Resolute Support) with 121 personnel, and in Kosovo (KFOR) with 40 personnel. And in addition to the UN operation in Lebanon (UNIFIL) with 33 personnel.