Japan is one of the world’s great film nations. Unlike in the West, the film became an early respected art form in Japan, and a high level of craftsmanship became evident early in production. In the post-war period, production came to over 500 feature films a year, more than in any other country at that time. In the 1990s production is approx. 230 films a year.

The first film production took place in 1897, and the first cinemas were built in Tokyo in 1905. Nikkatsu, long one of Japan’s largest film companies, was established as early as 1912. Production was distributed in Tokyo and Kyoto. The earliest films were renditions of the Kabuki theater, including the use of male actors in women’s roles. 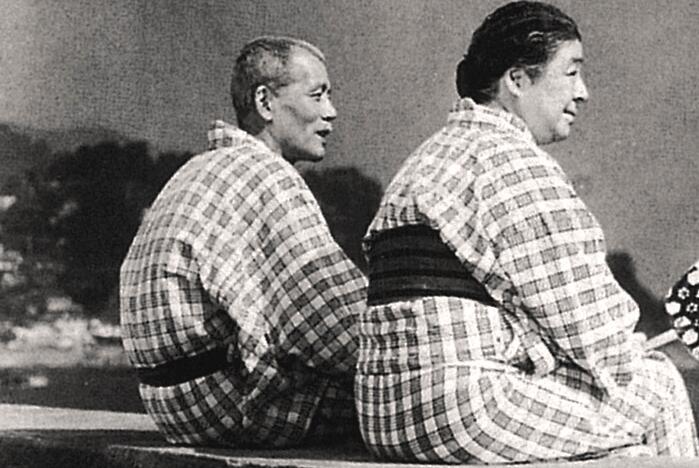 The two main forms of Japanese film have traditionally been contemporary drama and historical film. We see Chishu Ryu and Chiyeko Higashiyama as the parents of A Tokyo Story (1953) directed by Yasujiro Ozu.

From approx. In 1920 a distinction is made between two basic types of films, jidai-geki (historical films attributed to the feudal era) and gendai-geki (contemporary dramas). The 1923 earthquake left the Tokyo studios in ruins, and the Kyoto companies with their predominantly jidai-geki production became dominant for a time. This type of historical film has since held a central place in Japanese film, and its people, environments and themes have been present in both the popular “sword movie” genre (chambara)and with senior directors. Foreign films also entered the Japanese market and exerted influence on both directors and audiences. The first female film actors made their entrance, and portrayals of the middle class became a central part of the production. Both Kenji Mizoguchi and Yasujiro Ozu, two of Japan’s greatest artists, became exponents of this development. Teinosuke Kinugasa made his mark with Korsveien (1928), which was also launched in Europe.

Japan’s cinemas during the silent film era applied the principle with a living “narrator” (benshi) that complemented the film’s action during the screening. This profession strongly opposed the sound film, and despite the fact that the first sound film, My Wife and the Woman Next Directed by Heinosuke Gosho, premiered in 1931, the new form was not established until the mid-1930s. Besides Mizoguchi, Ozu, Kinugasa and Gosho, Mansaku Itami and Sadao Yamanaka should also be mentioned among the leading names of the epoch. Masters of jidai-geki were Hiroshi Inagaki, Tomu Uchida and Daisuke Ito. 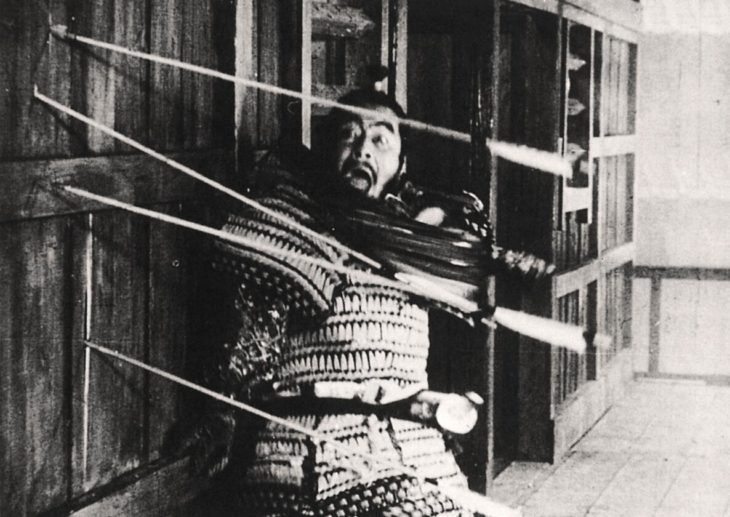 The Second World War represented a temporary recession. A consolidation led five companies, Shochiku, Toho, Nikkatsu, Daiei and Toei, to become leaders. These came to dominate post-war film production, with 90% of the market pr. 1953. In 1951, the breakthrough of Japanese film in the West came with Akira Kurosawa’s masterpiece Rashomon (Demons Gate, 1950; Oscar Prize). Kurosawa became the Japanese director with the greatest international success in the years that followed, and films such as The Seven Samurai (1954), the Macbeth movie The Throne of the Blood (1957) and Yojimbo (1961) led both audiences and critics worldwide to discover the Japanese film . Mizoguchi flourished in his final years and delivered masterpieces such as Oharu(1952) and Ugetsu monogatari (1953); Ozu did the same with films like A Tokyo Story (1953) and Floating Grass (1959). The films launched actors such as Machiko Kyo, Tatsuya Nakadai, Takashi Shimura and not least Toshiro Mifune.

Kon Ichikawa got a big name in the West with the anti-war film Biruma no tategoto (1956; also remake 1985) and the brutal depiction of war Nobi (The Battle of the Plains, 1959). So did Masaki Kobayashi with the realism trilogy Ningen no joken (1958–61), the samurai story Seppuku (Harakiri, 1962) and the visually refined ghost movie Kwaidan (1964). At international distribution, Kaneto also got Shindo with Children by Hiroshima (1952) and Onibaba (1964), and Hiroshi Teshigahara with Woman in the Sand (1964). Tadashi Imai was the leading representative of a social realist and strong community oriented film. 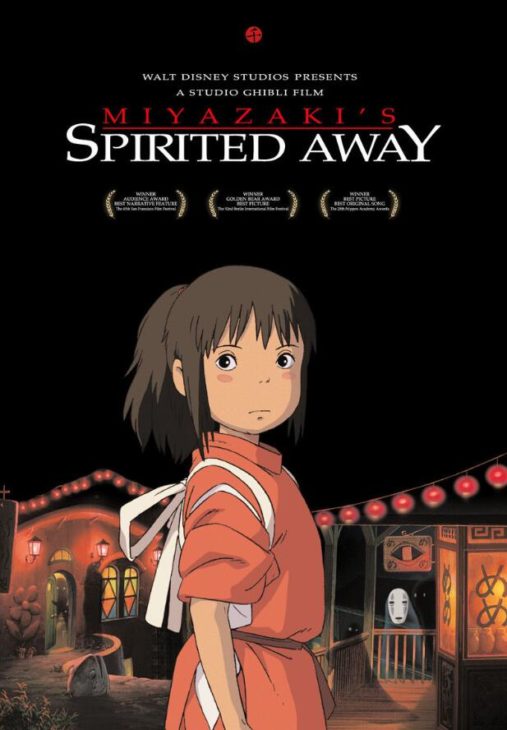 Chihiro and the Witches won the Academy Award for Best Animated Film in 2003. The film is directed by Hayao Miyazaki and produced by Studio Ghibli.

Representative of a younger generation was Nagisa Oshima, who received attention with, among other things, A Shinjuku diary (1968), the highly erotically charged Kingdom of the Senses (1976) and Merry Christmas, Mr. Lawrence (1983). A large production of action, gangster and horror films grew. Particularly popular has been the Toho company’s series about the monster Godzilla (1954–), which had appeared in 25 films at the turn of the millennium. Yoji Yamada has had tremendous success on the domestic market with his comedy about the traveling seller Tora-san – the 48 films in the series (1969–) have recorded over 2 billion!

The animated film, called anime and akin to the cartoon form manga, had a breakthrough with Osamu Tezuka’s series about Astro Boy (1963 f.). Katsuhiro Otomo got international distribution with his Akira (1989). Japan is the world’s second largest cartoon producer, after the United States.

In the 1980s, the aging Kurosawa made a comeback with audience successes Kagemusha (1980) and Ran (1985). Also Shohei Imamura, who had made his mark with the satire Buta to gunkan (1961), returned with the new recording Balladen om Narayama (1983; The Golden Palm at Cannes) and Kuroi ame (1988), where he based his nuclear bomb on Hiroshima. Kohei Oguri made the noted children’s portrayal of the Mud River (1981), in addition, Mitsuo Yanagimachi got international distribution with the Fire Festival (1985) and Juzo Itami with Tampopo (1986). Kon Ichikawa created a new version of the often filmed samurai narrative 47 ronin (1994).

From the 1980s, Japanese film had to endure adversity, as was the trend in many industrialized countries. The US movie duel is tightening, and Japanese film’s share of the domestic market fell below 40%. Sony electronics maker bought into US movie production (Columbia). The Nikkatsu company went bankrupt in 1993 after 80 years of operation (but has later been revived), and Toho, Toei and Schochiku remained dominant companies. The pendulum has since swung back. After a low target in 1996, they sold over 2,600 Japanese cinemas, with the world’s highest average ticket price (about $ 80), in 2003 for the first time tickets for more than 200 billion yen (about $ 12 billion).

Among the most well-known reign names in recent years are Takeshi Kitano with Sonatine (1994) and Hana-bi (1997), Hideo Nakata with the horror film Ringu (1998; sequel 1999), veteran Kinji Fukasaku with the violent Battle Royale (2001; sequel 2003 ), and Hayao Miyazaki with the animated film Chihiro and the Witches (2001), which became a huge success both at home and abroad.