Bangladesh encompasses the eastern part of Gangessletta. The Ganges and Brahmaputra rivers (which at the border of Bangladesh go by the name of Padma and Jamuna respectively) as well as Meghna characterize the landscape.

90 percent of the country consists of lowlands with vast delta areas that never reach more than 10 meters above sea level. The deposits from the large rivers can be over 1800 meters thick, providing a rich soil. The older deposits are usually heavier and more clay-rich than the younger sandy soil found on the banks of the major rivers, especially in the central and eastern parts of the country.

In the north-central part of Bangladesh, east of Jamuna, lies the Madhupur area. It consists of an elevated plateau with hills and cultivated valleys. To the east of the Madhupur area, in Northeast Bangladesh, lies Sylhet and Mymensingh with a large number of lakes. Sylhet Hills in the northeastern part of the region consists of a number of hills with altitudes up to 330 meters. In the east-central part of Bangladesh we find the flood pool of the Meghna River, with the low and fertile Meghna-Sitalakhya Doab (land area between the rivers).

In the south of Bangladesh there are many river runs in the central part of the Bengal Delta. Here Ganges unites with Brahmaputra and forms the world’s largest delta at the outlet of the Bay of Bengal. In this area are the Sundarbans, which is a huge swamp and delta landscape, at the mouth of the river towards the Bay of Bengal. Sunderbans is the largest mangrove belt in the world, covering areas both in Bangladesh and in India. In the Sundarbans, a national park has been established that extends into India. Here, among other things, are Bengal tigers.

Southeastern Bangladesh is the Chittagong region, with many hills, valleys and forests. The region has a number of offshore islands and a coral reef, St. Martin, off the Myanmar coast. The hilly area of ​​Chittagong Hill Tracts, consists of low mountains with soft rocks, mainly clay and shale. 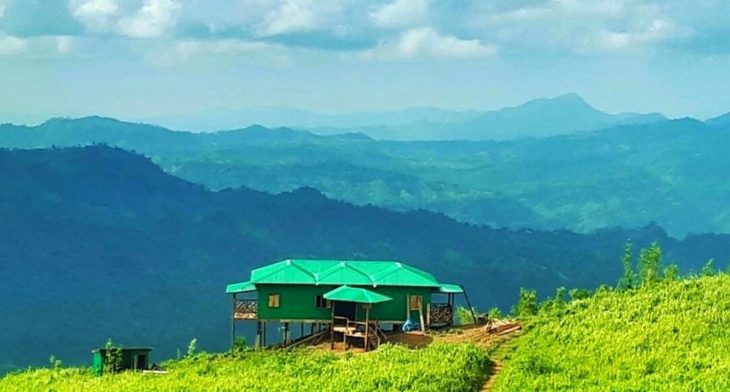 The highest mountain is Keokradong, 1230 meters above sea level, farthest to the southeast.

As a typical “downstream state”, Bangladesh is easily affected by events in Ganges’ and Brahmaputra’s upper races in India and China. Decommissioning of forests has meant that the rivers are both more water rich and that they carry more sludge than before. The rivers have become shallower with faster water flow, and today the country is experiencing more frequent flood damage than before. Bangladesh is also strongly exposed if the greenhouse effect leads to higher water levels in the world seas.

Bangladesh has a typical monsoon climate with high rainfall (1500–3000 millimeters) during the summer months. The climate is fairly uniform across most of the country, except for higher altitudes in the Chittagong Hills and Sylhet Hills. The annual and daily temperatures vary relatively little, but January is usually the coolest with 20 ° C in the average temperature, and April’s warmest month with 28-29 ° C. Humidity is high throughout the year. The amount of rainfall increases from west to east, with over 3000 millimeters in the southeastern districts. Most of the precipitation comes between April and November. The humid and warm climate allows two or three crops a year on the same plot of land. 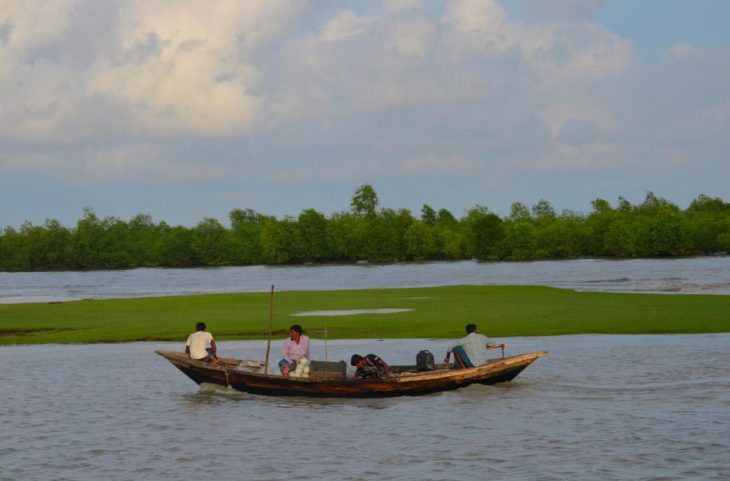 Meghna is one of the rivers that characterize the landscape of Bangladesh.

On average, the country is exposed to cyclones that form in the Bay of Bengal during the monsoon season, 16 times a decade. These cyclones carry winds of up to 100 kilometers per hour and tidal waves that lead to major destruction. The most serious in recent times occurred in 1970 when an estimated 300,000 people were killed. 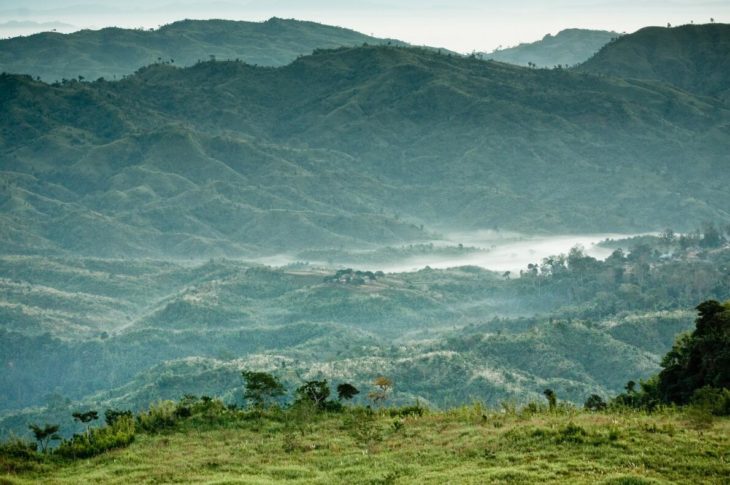 Keokradong is Bangladesh’s highest mountain with a height of 1230 meters above sea level.