There are about 20 Mongolian-speaking peoples in the world. Of the three million citizens of Mongolia, 94% are Mongols – Buryats, Oirats and Khalkh, who make up the largest group with over 88.8 percent. The term Khalkh, Khalkha or Qalqa refers to the west, east and south-east Mongolian tribes that populated what is now Mongolia and whose genealogical togetherness can be traced back to the youngest son of Batmunkh Dayan Khaan (1464-1543) Gersenz.

In the western parts of the country there are members of Turkic peoples, about 4.3% Kazakhs and 1.1% Tuvins.

According to philosophynearby, 4.6 percent of people of other nationalities live in Mongolia, most of them Russians and Chinese.

Apart from Mongolia, there are Mongols (Buryats and Kalmyks) in Russia and in the Inner Mongolia Autonomous Region in China (Chakhar, Khorchin and Tumed), splinter groups in Afghanistan, Kyrgyzstan and the Caucasus.

Mongolia is an ethnically homogeneous country, which means that there is no breeding ground for both ethnic and religious conflicts. The majority of the population professes Tibetan Buddhism. 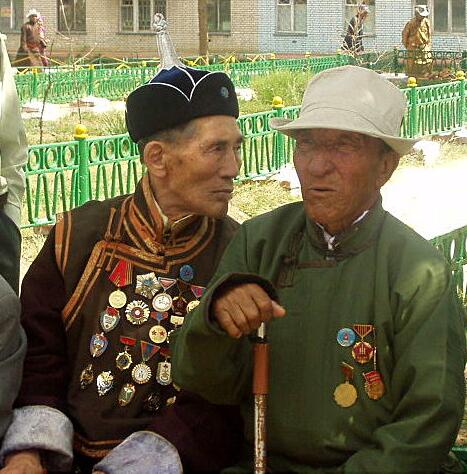 Until the 20th century, the Mongolian economy was based almost exclusively on nomadic livestock farming.

The seasonal move to other grazing areas, but also the repeated move within a season, was part of everyday life for most Mongolian families.

Wars between the clans, tribes and later principalities for better grazing areas, more influence and power also led to permanent relocation of large groups of people on the territory of Mongolia.

During the socialist period from 1924 to 1989/90, besides cattle husbandry, industry and handicrafts, a service sector developed, the herds of cattle were collectivized with a few exceptions, and grazing was centrally regulated.

The state helped in the event of cattle epidemics or a lack of feed due to natural disasters.

After the peaceful revolution and the collapse of the socialist system in the early 1990’s, the Mongolian economy approached ruin. The industries went bankrupt, the people lost their jobs and tried their luck in the countryside as cattle herders.

The herds were privatized again very quickly, but with that the risk (cattle diseases, bad weather).

Mongolia is one of the countries that has been hardest hit by climate change.

More precipitation in the central regions, but extreme drought in the east and south.

After moving from the city to the countryside, this trend has been reversed since the late 1990’s.

Only in the winter months, later all year round, old and new cattle farmers tried their luck in the cities or town-like settlements.

The living conditions between town and country continued to diverge and, despite the respective programs of the respective governments, nothing has changed to this day.

In addition, there was “marriage migration”. Young, well-educated women in particular hoped that by marrying a foreigner they would gain more security in the developed countries of Asia, Europe or the USA.

The lack of manufacturing leads to a lack of jobs. Both mining and agriculture are not necessarily job-intensive industries.

This drives people looking for jobs abroad, especially to South Korea and Japan.

The problem of external migration persists. In 2019, net immigration of -2,268 people is expected.

The census office recently announced an increase in the population group 60+.

Urbanization is also advancing steadily. Of the 3.2 million residents, 68.5 percent live in cities (2019), 1.5 million of them in the capital Ulaanbaatar.

Much has changed in everyday life in Mongols since 1990 and social conditions are still in a state of upheaval, especially in the cities. Nonetheless, values ​​such as respect for age and respect for the family have been retained, even if no longer without restriction. Young people who are financially very well off today and who support their families expect respect from their side. The unconditional support for close and distant relatives cannot and do not want to provide in every case, even the more successful family members. However, it is not uncommon for the children, mostly the daughters, to give up a secure existence abroad in order to look after their parents in need of care at home. The age of marriage has risen, as has the still low divorce rate.Average marriage age 28.6 years, women 26.7 years old.

Even today, the origin of the place is of great importance for Mongols. The common place of origin, the joint school or university visit therefore also play a role that should not be underestimated for the formation of political and economic networks, which are already very closely interwoven. Networks are seen as the basis for success.