The harsh climate and the poor soils are not good conditions for the development of arable farming. To this end, the Mongols have developed a highly specialized form of mobile animal husbandry.

More than 80 percent of the economic output in agriculture comes from animal production, only around 15 percent from arable farming.

Hunting and fishing are at most important as additional sources of income for households or in tourism.

The annual “Open Day of Agriculture, Light and Food Industry” is all about the goal of the Mongolian agricultural policy “Healthy Food – Healthy Mongols” with the national programs “Mongolian Cattle”, “Industrialization 21: 100”, “Kashmir” or the “Meat and Milk” campaign and the third reclamation campaign.

In addition to livestock and arable farms, the Agricultural University and various research institutions, authorities and veterinary facilities will present themselves on the open day on Sukhbaatarplatz.

Interested parties can find out about the government’s policy to support agriculture (cheap loans, less bureaucracy when issuing permits) and get advice on improving herd quality, combating animal diseases and measures to prevent livestock diseases.

Machines and technical equipment for growing grain, potatoes and fruit will also be presented. 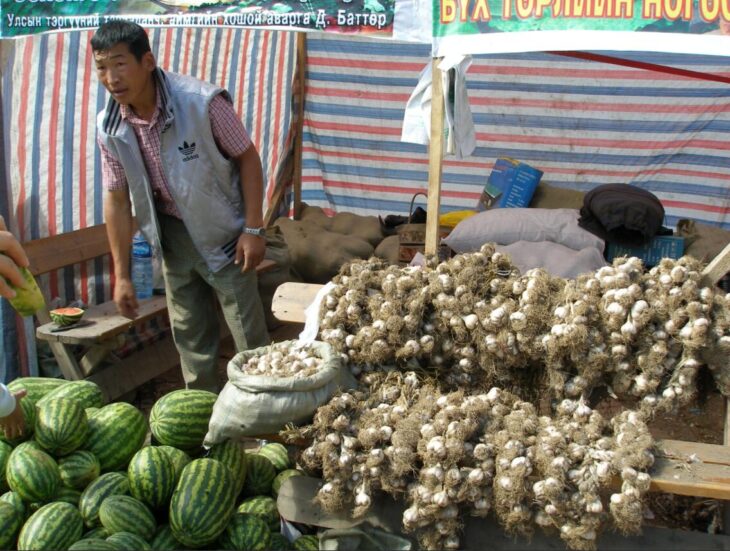 According to militarynous, the geographical, scenic and climatic conditions of Mongolia offer good conditions for the year-round grazing of five animal species (tavan khoshuu mal): horses, cattle, including yaks, camels, sheep and goats.

The sheep has always been the most important livestock of the Mongols. It serves as the main supplier of meat and wool. The horse was and is used as a mount, the Mongols only eat horse meat in emergencies. With the spread of motor vehicles and motorcycles also in the countryside, the horse is increasingly losing its economic importance, but is still an important indicator of wealth.

Both sheep and horses are considered “warm-mouthed”, dear and used to be the preferred sacrificial animals.

In the deserts and desert steppes, the camel fully replaces the cattle, provides fresh milk, meat and wool and is used as a riding and pack animal.

The number of goats has increased disproportionately in recent years to the detriment of a balanced herd structure. The reason is the high profit from cashmere wool. Goats, which can also live in the Gobi landscapes with little vegetation, provide wool, hair, meat and milk. Horns, hooves and intestines are also used.

While the horses and camels often graze far from the yurt (mong. Ger) camp and alone, the herds of sheep, goats and cattle tend to be near the camp.

After the first attempt at forced collectivization of the herds in 1928, the number of animals fell from 23 million to 16 million animals by 1932.

The second attempt, in the late 1950’s, was more successful. For the grazing of the large herds, the “Agricultural Production Cooperatives” were given state pastureland within the Sumter territories. However, these territories were not always sufficient for seasonal grazing. Summer camps were and are not the problem, while the search for the right winter camps that must offer protection from snowstorms and cold is more difficult.

Nevertheless, there are years when the dreaded Zud- Cattle dying due to too much snow, too much cold or too little rainfall – destroying the livelihoods of the herding families in the affected regions. Several million herd animals died of starvation during the Zud years of 1999, 2000 and 2001, and in 2010 the “white Zud” destroyed entire herds after a drought summer.

After the privatization of the cooperative herds in the 1990’s, the number of livestock has risen sharply. According to the cattle count in December 2015, it was around 56 million, including 3.3 million horses, 3.8 million cattle and yaks, 368,000 camels, 25 million sheep and 23.5 million goats.

On December 27, 2019, the National Statistical Office published the results of this year’s livestock census.

Not only were the animals counted, information about the living conditions of the livestock households was also collected.

2019, the herds of cattle continued to grow.

The proportion of goats in the livestock of a herd is particularly critical for the quality of the pastures.

The rates of increase are a result of the increased demand for cashmere products on the world market.

According to a report by the International Monetary Fund, the Mongolian livestock industry is not only exposed to threats from climate change, but also from massive overgrazing.

The livestock industry provides 90 percent of the country’s agricultural production.

In 2019, 171,600 households were counted; this number only includes those who roam the pastures with their animals all year round and who secure their livelihood mainly through livestock farming. There are also households with livestock.

30,124,804 and goats: 27,124,703. High livestock numbers still appear To be proof of successful economic policy, although experts have long warned against straining the pastureland even further.

Overgrazing caused by the “new” cattle farmers’ lack of knowledge about the needs of the different animal species at different times of the year, this contributes to the desertification of large areas.

Added to this are the ever more extensive areas that are used by mining, which is not necessarily beneficial for the water balance or the ecology of the areas concerned. All government programs call for extensive livestock farming to be developed into a more intensive one. A specialized feed production by appropriate farms and the use of veterinary services are essential. This is the only way to increase productivity, ensure that the population is supplied with meat, milk and other products from domestic livestock production and, possibly, generate export surpluses.

In addition to the members of the government, representatives of the Ulaanbaatar city administration, the Aimags, Sums and Duuregs take part in the annual deliberations on the implementation of government decisions in preparation for the winter months in agriculture.

The focus is on regular debates about improved cooperation between the ministries and the aimags, plans to avoid livestock losses, and meeting the needs of food for the population under difficult weather conditions.

The cattle farmers in regions threatened by difficult weather conditions prepare or should prepare for alternative pasture camps in other sums or aimags, on distant pastures.

For this, the necessary agreements between the responsible administrations of the Aimags and Sums would have to be made in good time (schools, kindergartens, health care, energy supply).