The elections to the Grand State Assembly in 2012 were also influenced by the mood of voters changing. In addition, DP’s main competitor – the MVP – had weakened itself.

Eleven parties and the electoral alliance “Justice” made up of the MRVP and the New Democratic Party competed for the 76 seats.

With 35 seats, the DP strongest force, followed by the MVP (25) and the electoral alliance “Justice” (eleven). The Civil Courage Green Party won two seats, and three independent candidates made it to the Grand State Assembly, which was elected until 2016.

Until November 2014, Mongolia was ruled by a three-party coalition made up of DP, “Justice” and the Green Party.

The quarrel over mining policy, falling world market prices for raw materials, rising prices for everyday goods at home, a decline in foreign investments, increasing quarrels within the major parties and between the parties led to a veritable economic crisis paired with a loss of confidence in the political leadership.

After the start of the autumn session of the State Assembly on October 1, 2014, the 27th Prime Minister N. Altankhuyag presented the new structure of his government. The number of ministries should be reduced from 16 to 13. But the dispute over positions and influence continued.

In November 2014, Chimediin Saikhanbileg was elected Mongolia’s 28th Prime Minister after violent disputes, including within the DP. Of the 44 members of the Grand State Assembly present, 95.5 percent voted for Saikhanbileg, Kh. Battulga (DP) and G. Uyanga (“Justice”) against. (G. Uyanga has been Presidential Advisor for Human Rights since 2017).

On December 9th, 2015, the newly elected Prime Minister Ch. Saikhanbileg presented his “Government of Decisions”. The MVP, the largest opposition party until the government was reorganized, was prominently represented with five ministers. Eleven of the 19 government members came from the DP and three from the electoral alliance “Justice”. The civil courage Green Party had to be content with a deputy ministerial post. The Ministry of Culture, Sports and Tourism was dissolved. Culture belonged again to the Ministry of Education and Science. In future, sport fell within the competence of the Minister of Health, and tourism that of the Ministry of Environment and Green Development.

One of the two women in the government was R. Burmaa, who took over the Ministry of Food and Agriculture. The tasks of the The Foreign Ministry also included international cooperation, and there were no structural changes in defense, justice or finance. The other ministries, which have changed in structure and competence: population development and social security, roads and traffic, energy, mining, industry, construction and urban development as well as labor.

Even before the end of the spring session of the Grand State Assembly on July 10, 2015, the governing bodies of the DP had agreed not to continue working with the MVP, and the six MVP ministers were asked to leave the government as they were involved in a joint, Politicians committed to the welfare of the country were not interested in the fact that the MVP parliamentary group had torpedoed the decision-making process on important laws (electoral law, criminal law, constitutional amendments).

The date for the elections to the Grand State Assembly 2016, for the Aimags Citizens’ Meetings and the City Council of Ulaanbaatar on June 29th. At the meeting of the Grand State Assembly on May 5th, the MPs approved changes to the electoral law. In 2016, voting was no longer based on a mixed voting system, as in 2012, but based on majority voting.

Both major parties, the MVP and DP, had long argued over the right to vote. The MVP has always preferred the majority principle. “In contrast to proportional representation, the citizen can decide directly who should be represented in the State Assembly”.

The fact that this would reduce the chances of smaller parties only played a subordinate role.

The right to vote was then seen as one of the reasons for the surprisingly high defeat of the DP in the elections to the Grand State Assembly. In addition, there was the fact that a simple majority was enough to win the mandate in one of the 76 constituencies.

According to ehistorylib, 48 MPs were able to send the aimags and 28 Ulaanbaatar.

Here, too, the MVP had essentially prevailed. The DP has called for even more constituencies for the densely populated capital, since far more votes would be required in one of the constituencies of Ulaanbaatar than in the country to win an election.

The 76 members of the 7th Great State Assembly were determined according to the majority principle in 76 constituencies. A total of 498 candidates from 12 parties and three electoral alliances as well as 68 independents had applied for a seat in the Grand State Assembly.

The optimism of the smaller parties and alliances or the independents – they hoped for dissatisfied protest voters – was not fulfilled either.

65 of the 76 mandates were won by MVP candidates, only nine mandates were held by the ruling DP. The folk musician S. Javkhlan was the only independent candidate to prevail.

The MRVP was only represented by one MP in the State Assembly.

On July 6, 2016, the MVP party conference had nominated the economist and member of the Grand State Assembly Jargaltulgyn Erdenebat for the office of Prime Minister.

At the session of the Grand State Assembly on July 8th, Erdenebat was elected 29th Prime Minister of Mongolia. The difficulties the new government faced were enormous. 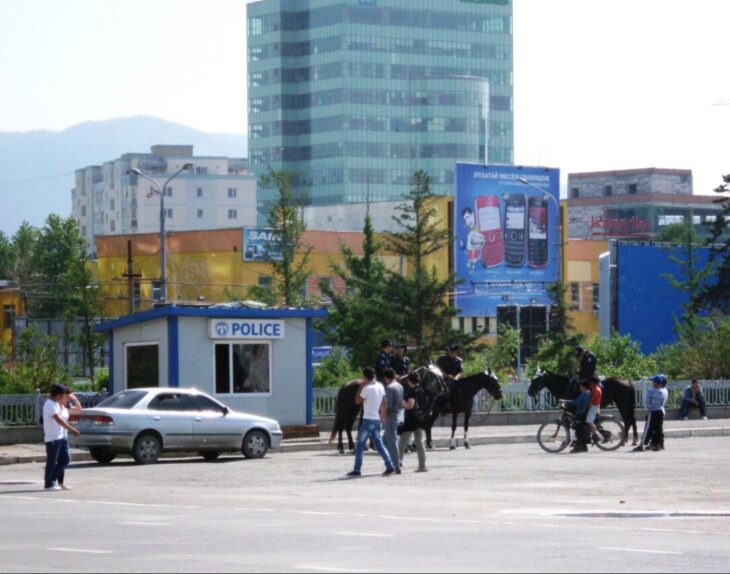