Mongolia, the second largest landlocked country in the world after Kazakhstan, forms the northern boundary of Central Asia. The east-west extension is 2,392 km, from north to south it is 1,259 km.

Mongolia has only two direct neighbors, the largest country in the world, Russia and the most populous country, the PR China. Of the 8,252.7 km long state border, 4,709.7 km are with China and 3,543 km with Russia. With an area of 1,564,100 km², Mongolia is the sixth largest country in Asia and the eighteenth largest in the world. The Federal Republic of Germany can easily be found four times on the territory of Mongolia, which, with three million residents and a population density of 1.8 per km², is one of the most sparsely populated states.

As a historical-geographic term, Mongolia comprises the highlands between the Great Wall of China in the south and Siberia in the north, bounded in the west by the Altai Mountains and in the east by the foothills of the Great Khingan. The Gobi desert forms the interior of this area and divides it into northern (“outer”) and southern (“inner”) Mongolia. Politically, the area is divided into Mongolia (Mongol Uls) and the Autonomous Region of Inner Mongolia, which belongs to the PRC and extends over an area of 451,000 km². According to an estimate from the year 2000, around four million Mongols live here alongside other peoples.

According to aristmarketing, there are 3,000 species of plants in Mongolia. Due to the climatic differences between north and south, however, a wide variety of species meet here: the flora of the North Asian forest belt and the desert flora of Central Asia. Siberian larch, stone pine and fir are the characteristic plants of the mountain taiga in the northern mountains and in parts of the Khangai. In the valleys there are birches and aspen trees, the ground is covered with lichen, moss, cranberry and, more rarely, bilberry. At the same time, the Gebirgstaiga is home to valuable fur animals such as sable, hermlin and marten, there are brown bears, elk, reindeer, maral deer, wolves, musk deer and wild boar. Mountain forest steppes, mountain steppes and short-grass steppes spread to the south which cover 51 percent of Mongolian territory. Coniferous forests, mainly larches, grow on the northern slopes of the mountains, while in the valleys and floodplains, trembling aspen, willow and birch predominate.

In 2014 the ber tsetseg (bridal flower), scabiosa comosa, was chosen as the “flower of national pride”. It is widespread everywhere, on the most varied of soils in Mongolia

In 2012 the Shonkhor (falcon) was named “Bird of National Pride”, and in 2013 the Burkhan Khaldun (in Khentii) was declared the “Holy Mountain of the Mongols”.

The close interweaving of such contrasting forms of vegetation as coniferous forest and steppe in the mountain forest steppes and mountain steppes has produced an extremely diverse flora and fauna. These landscapes are rich in bulbous plants, various types of edelweiss and gentian, other wild flowers such as asters, coral and daylilies, orchids, willowherb, delphinium or the very rare snow lotus as well as more than 400 types of medicinal herbs. Feather grasses, sweet and sour grasses, including various types of wormwood, grow in the tree-free steppe zone.

Since the 1990’s is also the Takhi (Mongolian wild horse, with us better known as Przewalski’s horse), among others, in the National Park Khustain Nuruu, 100 km from Ulaanbaatar, was successfully evacuated again.

According to the latest research, today’s Przewalski horses, i.e. the takhis, are not real wild horses, but feral domestic horses. Discussions about the release programs in various European countries have already flared up. 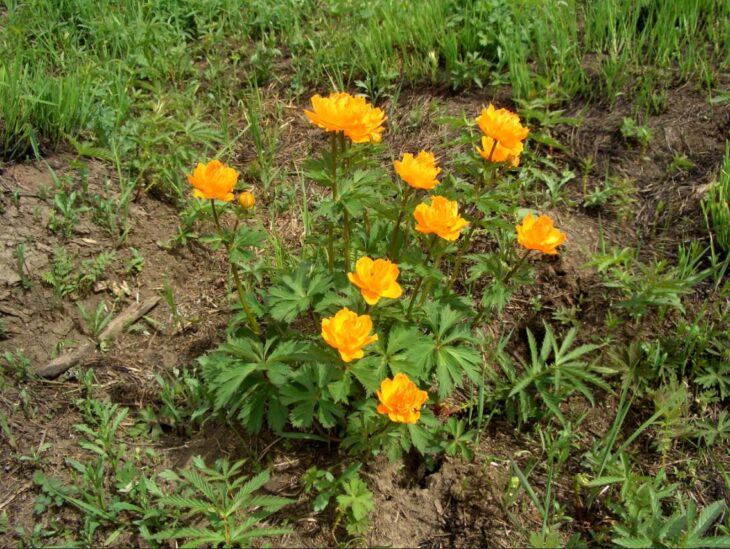